Fearless tourist Mark Pierrot was on holiday in Australia’s Christmas Island when he encountered a particular species of local wildlife guaranteed to make anyone pee their pants.

Granted, Australia is home to some of the most fearsome and dangerous animals in the world, including sharks, venomous snakes, lizards and spiders, some of which have even been discovered making themselves comfortable as unwanted guests in many homes.

This humongous crustacean, however, takes the cake… 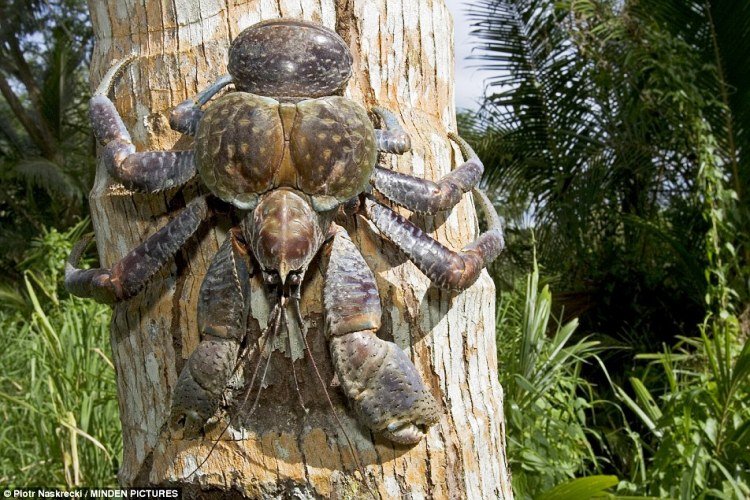 Pierrot encountered this alien-like crabzilla while on a stroll in the jungle, and despite the nightmare countenance of its gigantic claws, managed to pick up the creature without losing a limb. 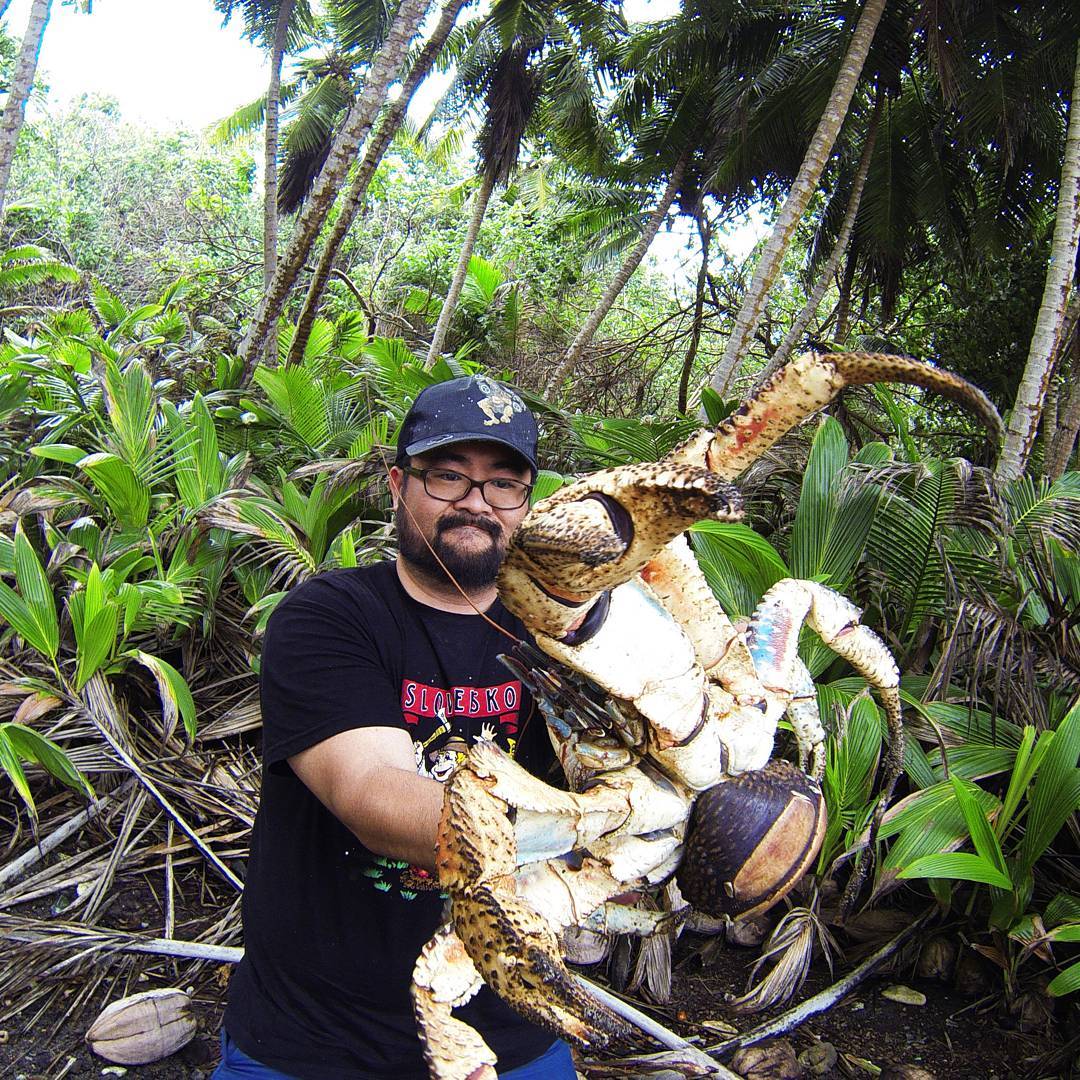 Considered to be the largest land-living arthropod in the world, the coconut crab can grow up to 3 feet in length and weight up to 9lbs.

This species of hermit crab, resembling a mutant armored spider on steroids, is mostly found in islands around the Indian and Pacific Oceans.

True to its name, it lives on a main diet of coconuts, which it cracks open with its fearsomely powerful claws. However, it also eats fruit, rats, other crabs, and dead animals.

But not humans, thankfully… 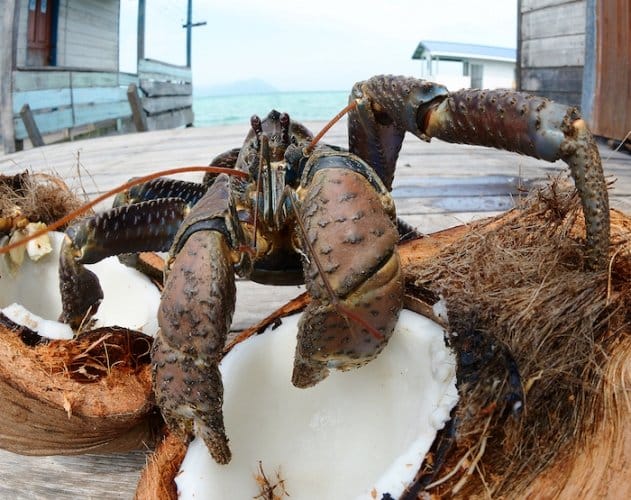 According to locals, coconut crabs are agile, stealthy creatures that can climb trees at surprising speeds, and even steal various objects left lying around, like human food, drills, shovels, and once, according to urban legend, a soldier’s rifle. 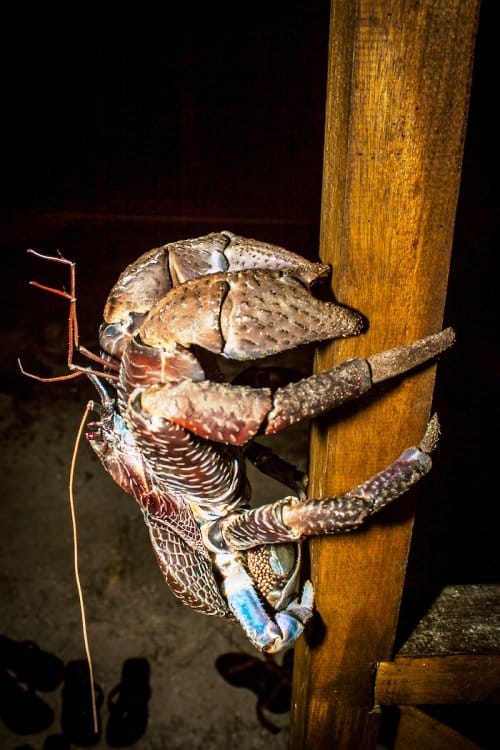 Australia’s Christmas Island is reportedly home to over a million coconut crabs, which are considered to be one of the central tourist attractions. However, they are a protected species on the island, where it is illegal to hunt or eat them, and a hefty fine is imposed on anyone caught.

Elsewhere in the world, they are considered endangered as this monster crab’s tender meat is regarded as a delicacy and an aphrodisiac.

Fancy eating one of these? You’ve got to catch them first… 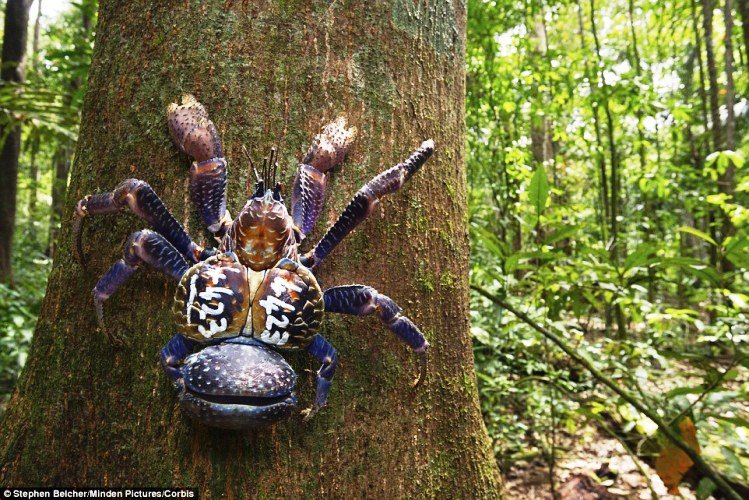 So if you’re looking to grab a once-in-a-lifetime photo op with this terrifying creature, head on down to Christmas Island and dare yourself to catch one. Just like Pierrot.