My heart totally skipped a beat while watching this video!

The scary footage below shows us a toddler suddenly falling out of the back of a speeding van in the middle of a busy highway. According to a report by WereBlog, this happened “near Wujiang, Jiangsu province” in China. The footage was captured by the driver on the next vehicle in their dashboard camera.

If you’ll watch the video, you will see the poor child dropping out of the vehicle after the back door opens. The driver of the van then immediately drove away as the traffic light turned green, not realizing the potential tragedy. The little boy, clad in a pink coat, tried to run after the van but it was simply too fast.

This toddler recently fell off from a van after the back door of the vehicle randomly opened. 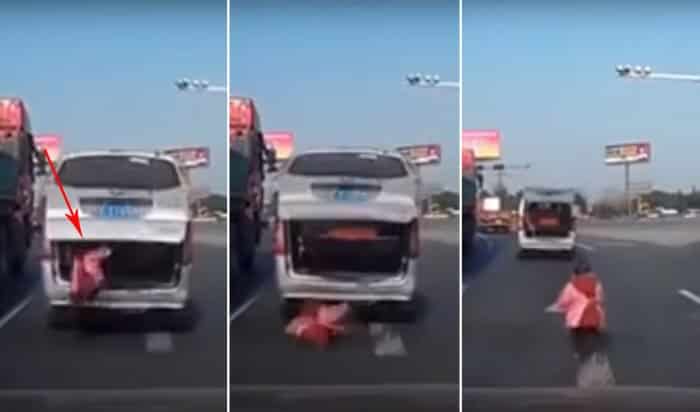 Fortunately, the toddler remained unharmed. A woman named Du Xiuli, the driver in the car behind them, quickly took him to safety and eventually returned the 2-year-old boy to Yang Defu, his grandfather.

You can watch the terrifying footage here:

According to Yang Defu, the child’s grandfather, the van’s back door has been damaged from a previous collision. 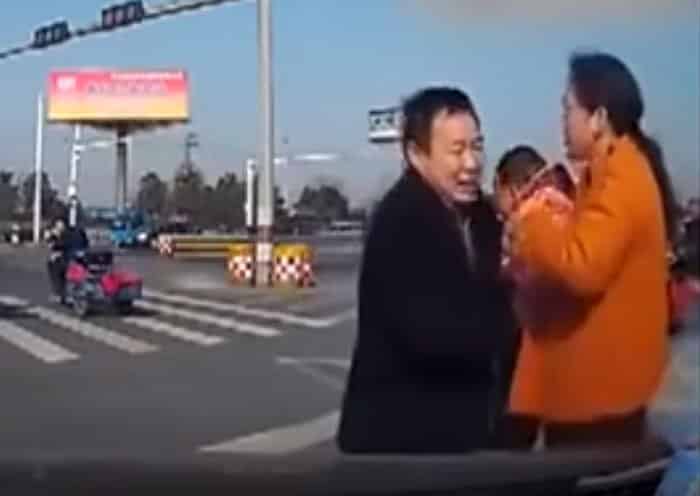 According to Yang, the van’s back door has been malfunctioning as a result of a previous collision and so it randomly opens on its own. He said he wasn’t aware that his grandchild climbed over the backseat.

Du Xiuli was recognized for her heroic act but says “It is what any mother would do.” 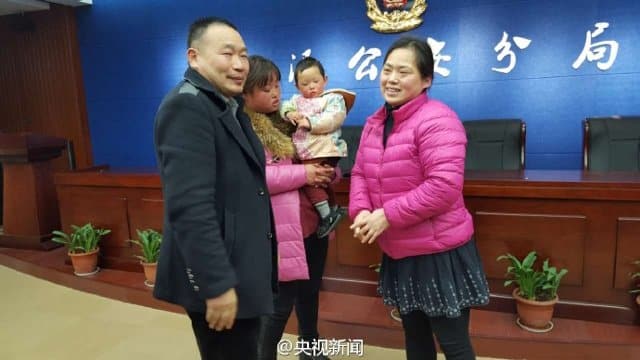 Du Xiuli, on the other hand, was honored in a ceremony for her heroism but she insists ‘that it is what any mother would do.’