No one in his right mind would ever mess with a crocodile. Just one look at the reptile’s evil-like stare and sinister jaws is enough to dissuade any attempt to cross with this mean-looking creature. But this female hippopotamus didn’t hesitate to charge towards a crocodile when her young was threatened.  This momma will do anything to protect her baby.

These stunning photos taken at Lake Panic in Kruger National Park caught the hippo in action as she wrapped her massive jaws around the poor crocodile’s tough exterior.  Photographer Ken Haley was in the right place at the right time to capture this fascinating scene.

Don’t mess with a momma hippo! 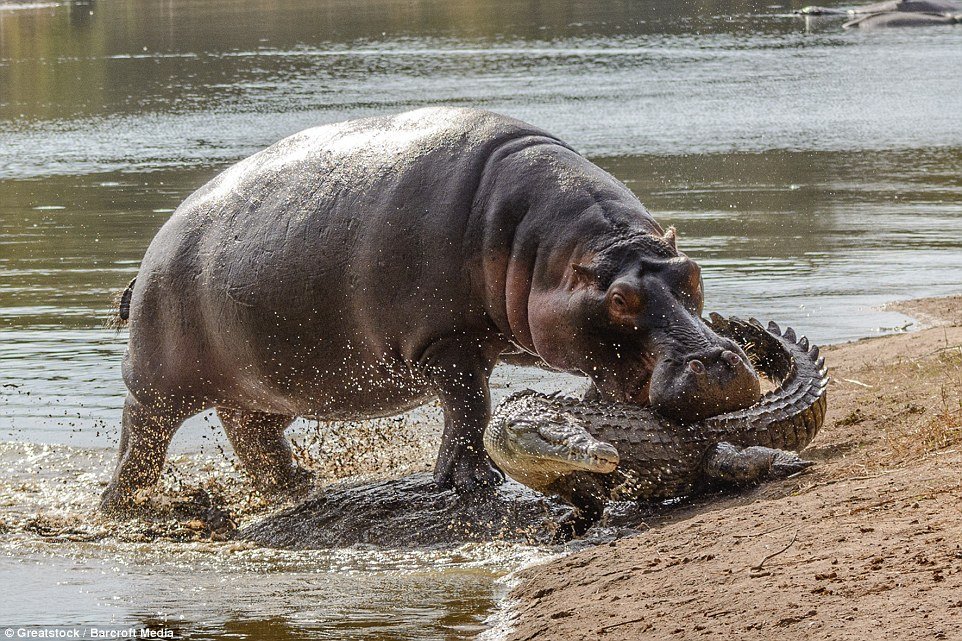 “My first reaction was one of shock at the speed of the hippo and her level of aggression against the crocodile… The hippo must have felt that her calf was under threat from the crocodile and her protective instincts kicked in,” Haley narrated. “The hippo held its grip for a couple of seconds before the crocodile was able to escape into the safety of the dam. It disappeared into the water and I didn’t see it again.”

Ken Haley was able to snap photos of the incredible scene. 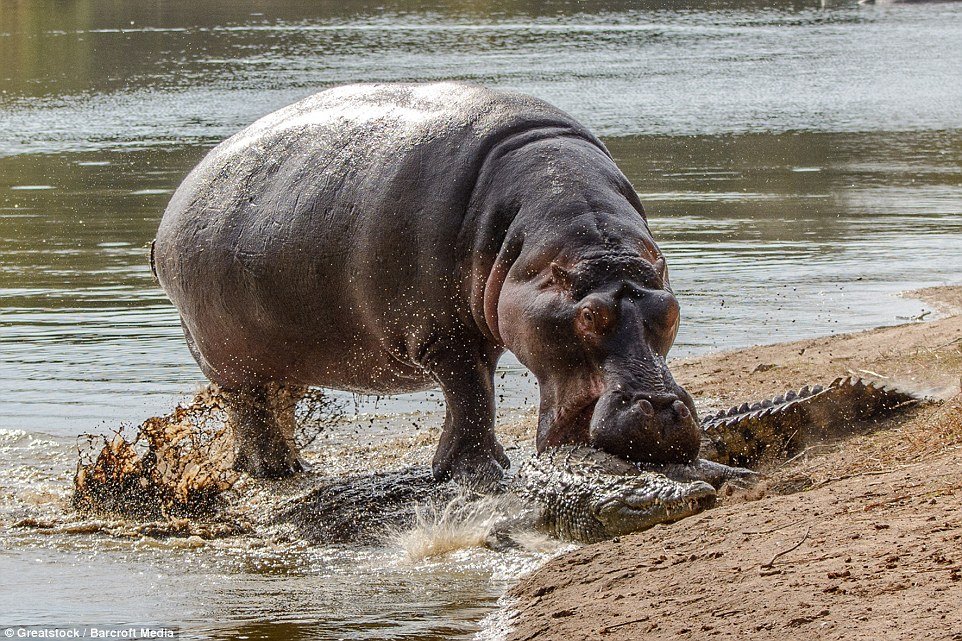 “The crocodile was lying still on the shore pretty much minding its own business when suddenly the hippo charged out of the water and attacked the crocodile.”

The poor crocodile was able to escape but not after feeling the crush of the hippo’s jaws. 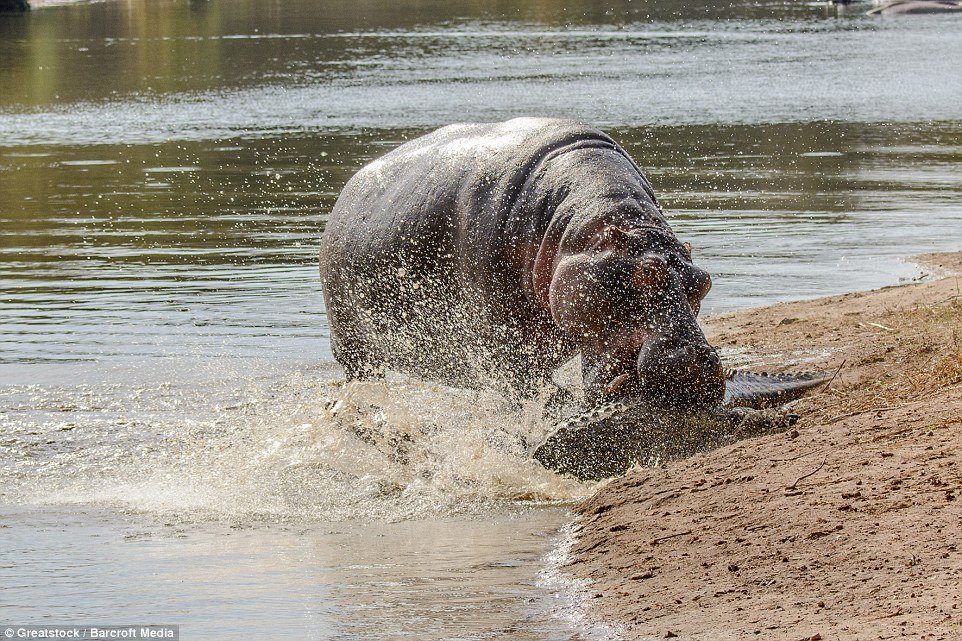 After attempting to crush the reptile with her jaws, the crocodile was able to escape into the water.

The loving momma returned to her calf’s side, who was sitting peacefully at the shore.

She returned to her baby’s side after making sure that the crocodile was gone. 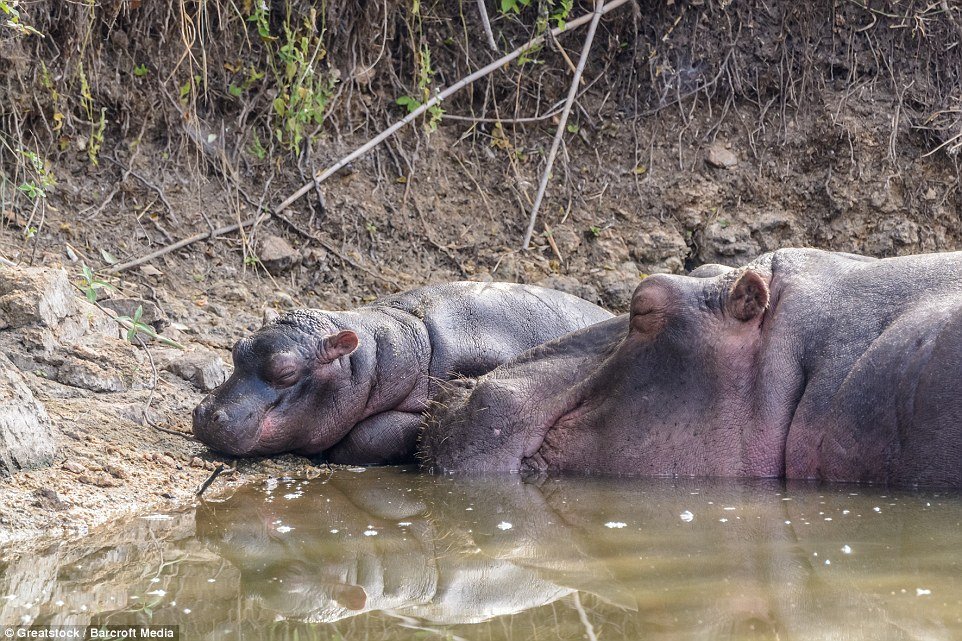 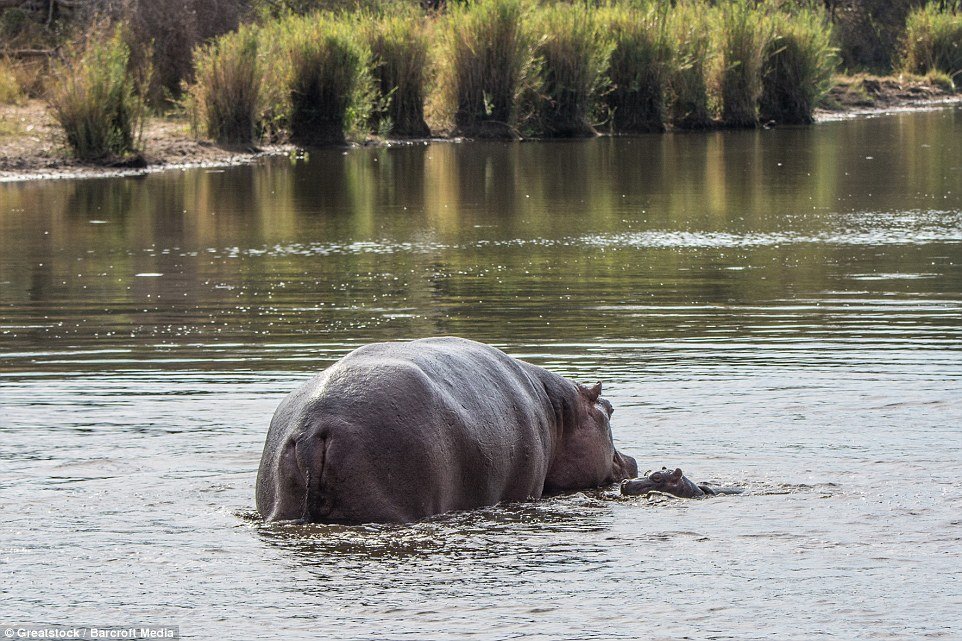