Japan is on most people’s travel bucket list and for good reason: the Land of the Rising Sun is a glorious mix of the old and new, from the electric atmosphere of Tokyo to the old world grandeur of Kyoto.

Japan is very much to open to tourists but they are also big on manners and etiquette. If you have interacted with Japanese citizens, you will understand what this means.

In case you are planning a trip to Japan, it’s best to brush up on even the basic beliefs and practices of its people. This is essential for an enjoyable and hassle-free experience. Take note of these following things that you shouldn’t do when in Japan: 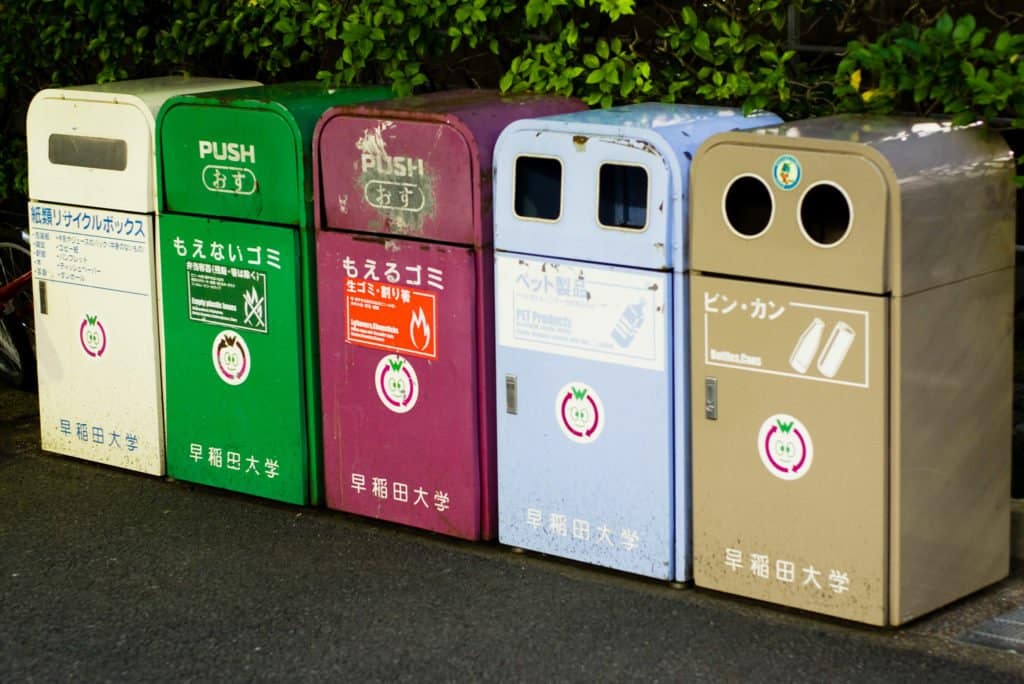 Japan is one of the cleanest countries in the world and its people are known for their hygiene and cleanliness. Thus, it’s no surprise that trash disposal is a major deal in this country. Everything is meticulously categorized and separated. They have the big categories such as recyclables, burnables, and non-burnables. These are further divided into more specific categories, depending on the place and the organization disposing the trash. Often you will find garbage cans marked with illustrations representing the kind of trash to be stored in each.

2. Using the phone or speaking loudly in trains and elevators. 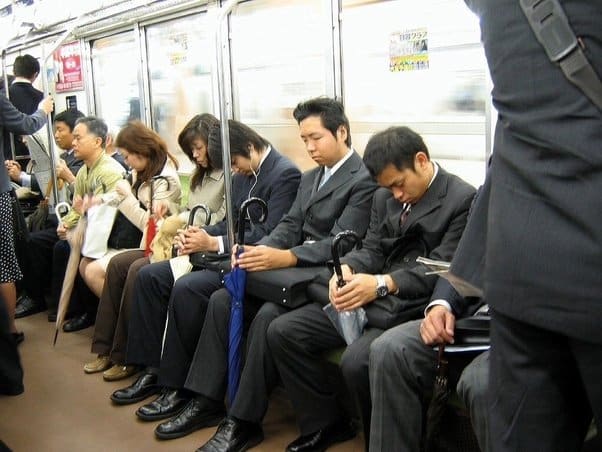 The Japanese are generally uncomfortable with having people making too much noise in small public places such as trains and elevators. When you board a train in Japan, you will hear announcements that request people to either turn off their phones or put it them silent mode. Observe closely and you will notice that if a person’s phone rings inside the train, he or she will quickly turn it off or respond quietly using text message.

3. Standing in the middle of the escalator. 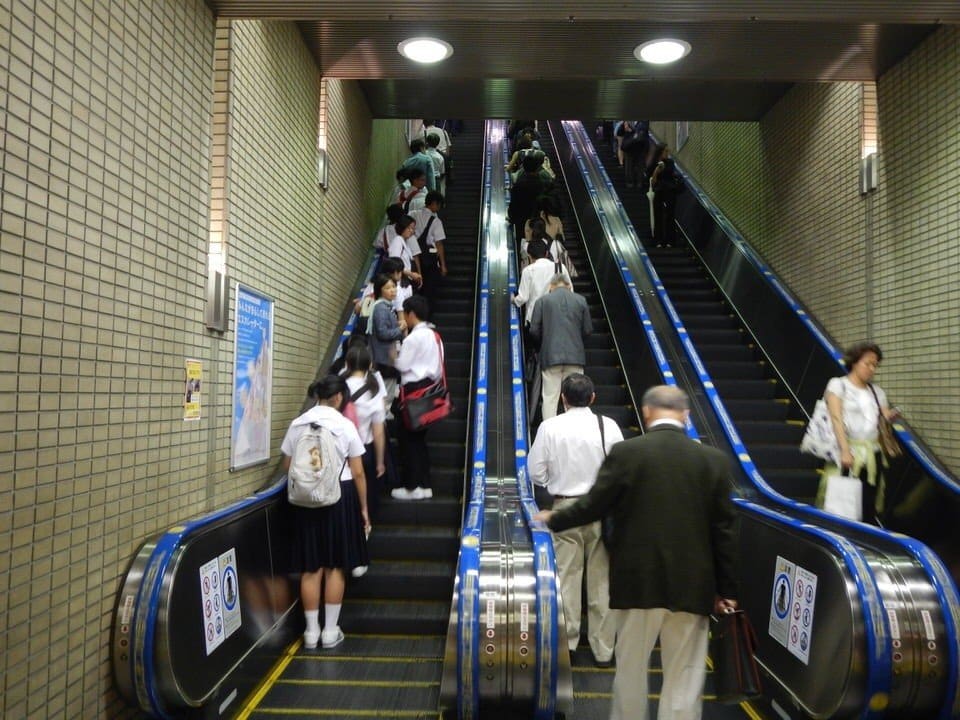 4. Bringing outside food into dining and drinking establishments. 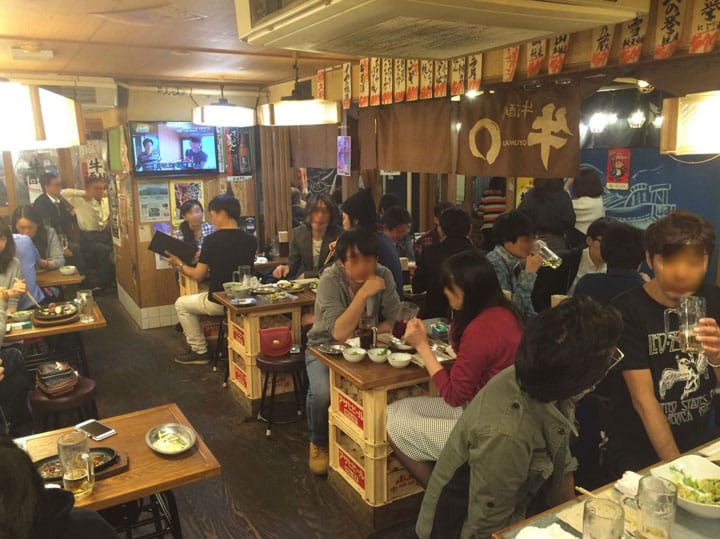 Unless the store permits doing so, just avoid bringing outside food and drinks in dining and drinking establishments. The Japanese are very particular with the quality of food that they make and the cleanliness of their kitchen. If a customer gets food poisoning through food and drinks brought in at the restaurant, it can still spell trouble for the establishment you’re in and they may have to close shop temporarily.

5. Not wearing the kimono properly. 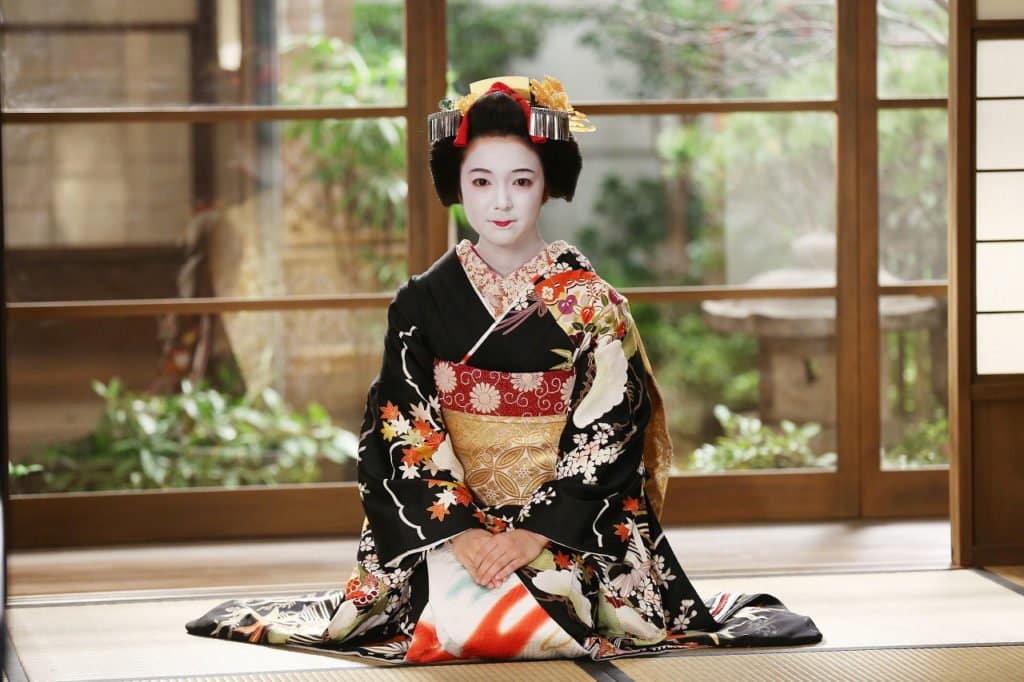 The kimono is a beautiful thing to wear, but you don’t just put it on and wrap around your body carelessly. The Japanese are very particular with how you wear their traditional garb. The left side of the kimono should go on top. The only ones dressed with the right side on top are the deceased people for their funerals. Also, remember that your right hand should be able to slide easily into your kimono; this shows that you are wearing it correctly.

6. Placing your chopsticks in a rice bowl standing up, known as tatebashi. 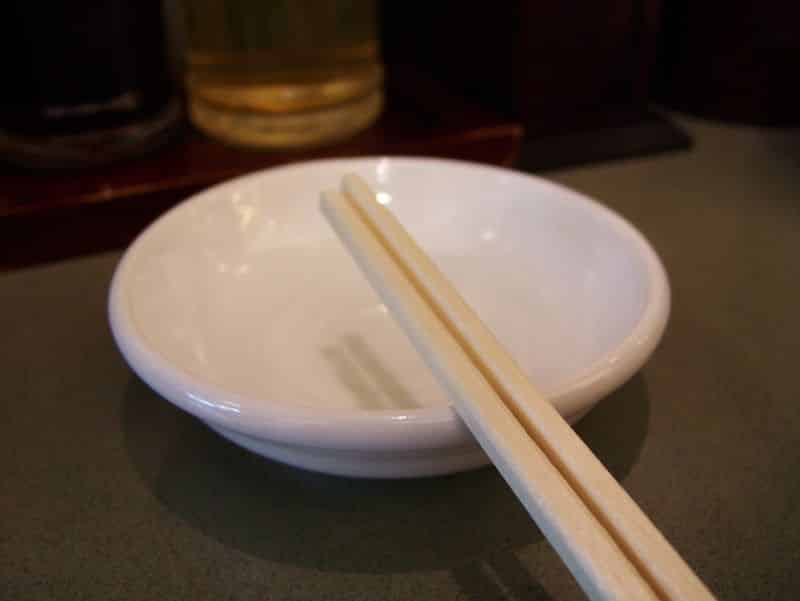 A Japanese Buddhist funeral practice involves the offering to rice to the deceased. The chopsticks are placed standing up in the bowl. So when you placed your chopsticks that way during meals, it’s considered a breach of manners. If you need to put your chopsticks down when you’re eating, use a chopstick rest or place the end of your chopsticks on a small dish.

7. Passing food from one pair of chopstick to another, known as awasebashi. 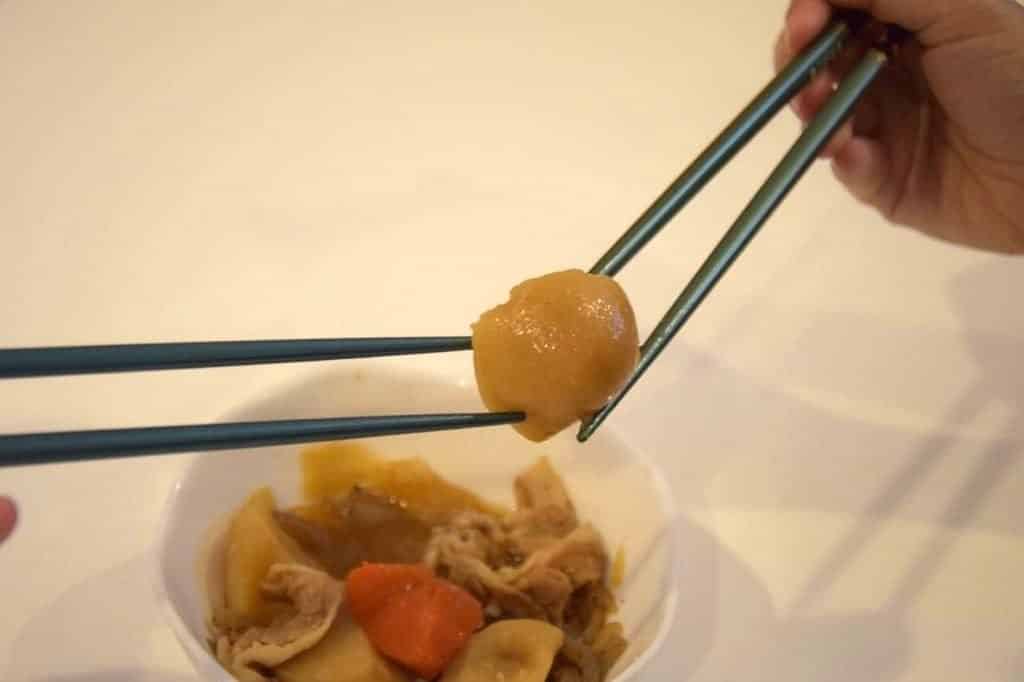 This is also connected to Japanese funerals in which the family members of the deceased pick the bones from the ashes of the cremated body and pass it to each other using, you guessed it, chopsticks. So doing this is not only considered bad manners, but also brings bad luck. If you have to pass food, place it first on a communal plate instead of passing directly to another chopstick.