Beervelde, Belgium — Two teenagers named Robbe Haems, 17, and Bjorn Cuvelier, 18, bravely rescued an elderly couple from drowning when their car crashed into a lake at a surf club. The couple sat helplessly inside their sinking car as the water steadily filled the vehicle’s interior.

Apparently, Eric, the male driver, drove too close to the edge of the bank because he and his wife, Cecile, wanted to get a better view of their grandchildren who were surfing that time. Eric accidentally stepped on the accelerator, which made their silver car plummet into the lake.

The teenagers who spotted the sinking vehicle quickly hopped on a rubber dinghy to help the couple.

According to Robbe, the couple were surprisingly quiet. 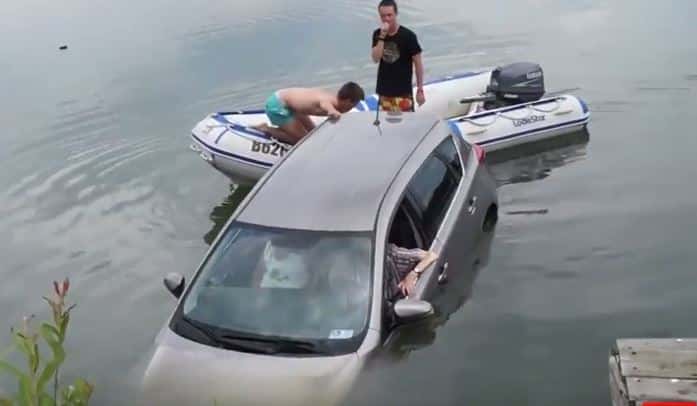 When the boys asked the couple if they could climb out, Eric told them he is disabled and couldn’t get out of the vehicle.

“I was afraid the man would drown in front of my eyes,” Robbe said.

In the video, the boys drifted towards the passenger’s seat and rescued Cecile. 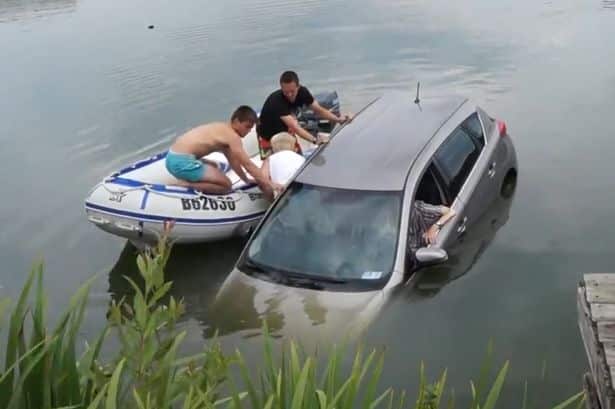 The teenagers took her safely to dry land first and rushed back to save Eric; however, that moment was not caught on camera.

Rescuing Eric proved to be more difficult, but they did not think twice. 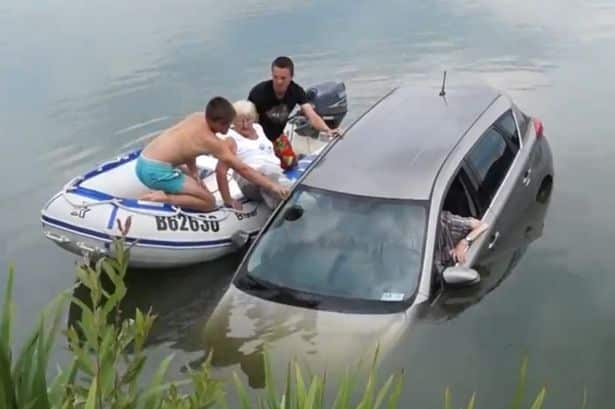 Robbe jumped out of the dinghy so he could pull the car door open. With the help of onlookers, they successfully rescued Eric too.

“It feels very special, but I could have seen someone die. Then I really would have been broken,” Robbe told HLN.BE.