Amy Sharp — an 18-year-old young woman based in Sydney, Australia — may be the world’s vainest teen fugitive. 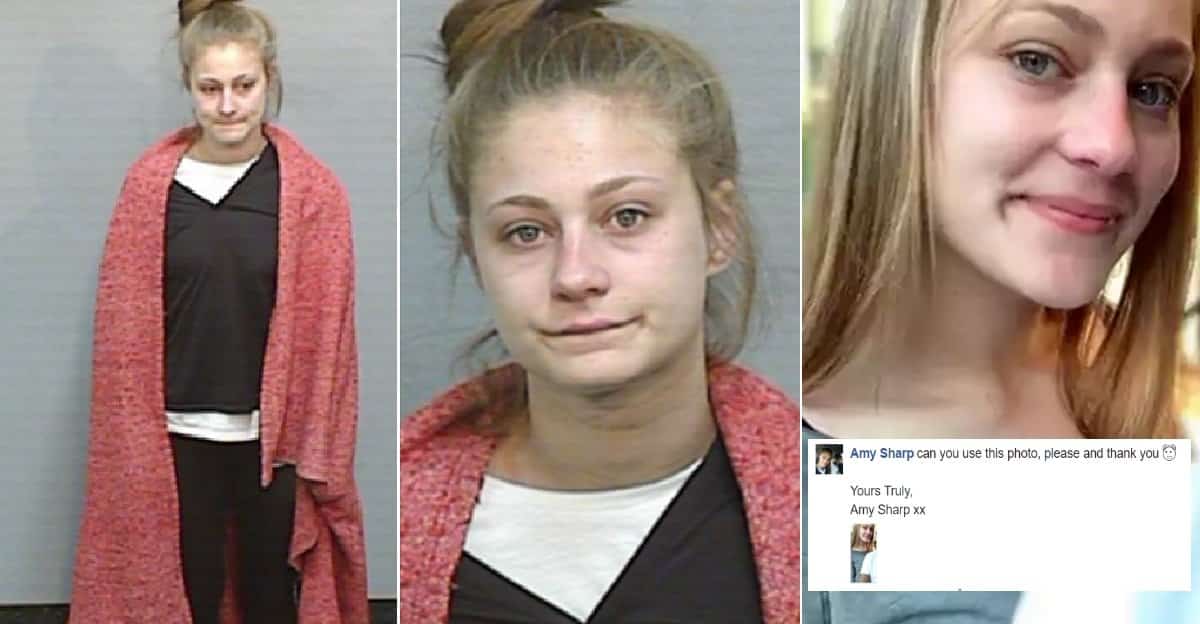 Sharp escaped from the Surry Hills Corrective Services Cell Complex in the afternoon of August 19. She had reportedly been detained at the facility for “property offenses.”

The reports on Sharp’s escape didn’t specify what she did, but the category of her supposed crime covers a variety of unlawful acts. She may have committed burglary, larceny, theft, motor vehicle theft, arson, shoplifting, or vandalism. Property-related crimes are those wherein the suspect doesn’t use force against someone or threaten them with physical harm in order to steal or do damage to their targeted objects or places. 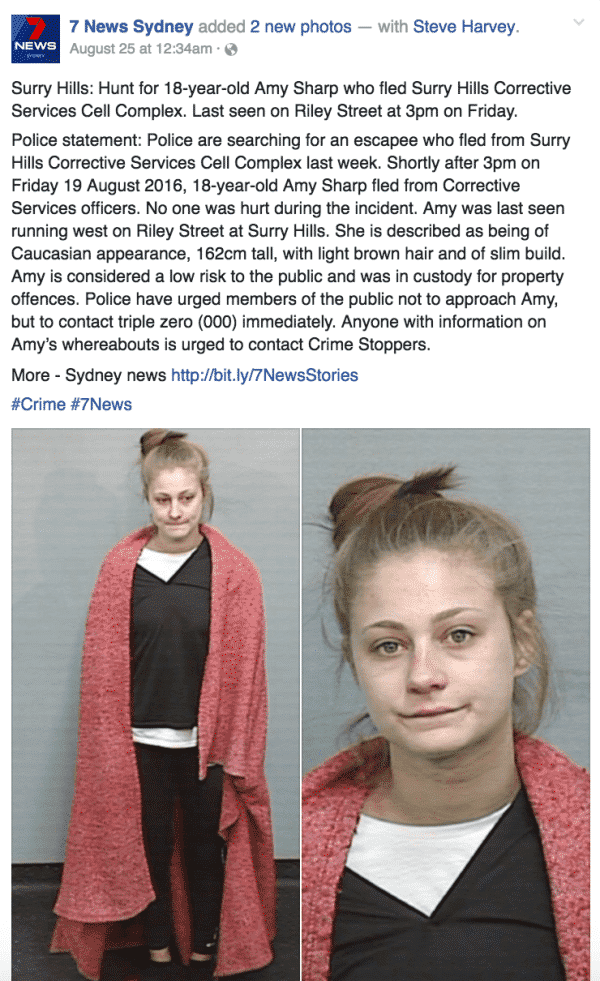 Following Sharp’s escape, the police got in touch with TV stations to alert the public. They provided two mugshots of Sharp, where she’s shown looking down and out.

7 News Sydney posted Sharp’s mugshots on her Facebook page along with the police statement.

What a vain request!

For some reason, Sharp commented on 7 News Sydney’s Facebook post about her escape. Apparently, she didn’t like how she looked in her mugshots. So, she uploaded a photo of herself where she looked better. She even wrote this request to the TV station: “Can you use this photo, please and thank you.” Sharp’s request was also accompanied by an angelic emoji.

Thousands of people reacted to Sharp’s exasperating request. Many even checked out her Facebook profile, where she featured these words as her cover image: “I’m just a li’l princess with anger issues.”

Amy Sharp's declaration tells us how she sees herself. 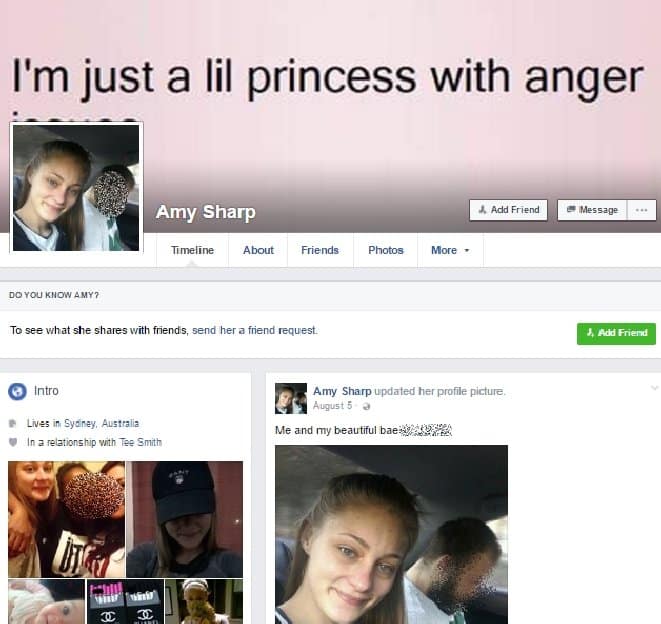 The police later revealed that Sharp was once again arrested last August 27 in Wentworth Park, Sydney. In addition to her existing case, she has also been charged with escaping lawful custody. She filed an appeal to be granted bail, but her request was denied.