A computer science major who happens to be a huge “Harry Potter” fan created a full working replica of the Weasley’s magical clock from the boy wizard series using his family’s mobile phones.

Trey Bagley, a college student from Duke University, who felt he and his sisters were growing up and growing apart, decided to create something to help bring him and his family closer to one another, by helping his parents keep tabs on all of them wherever they were. 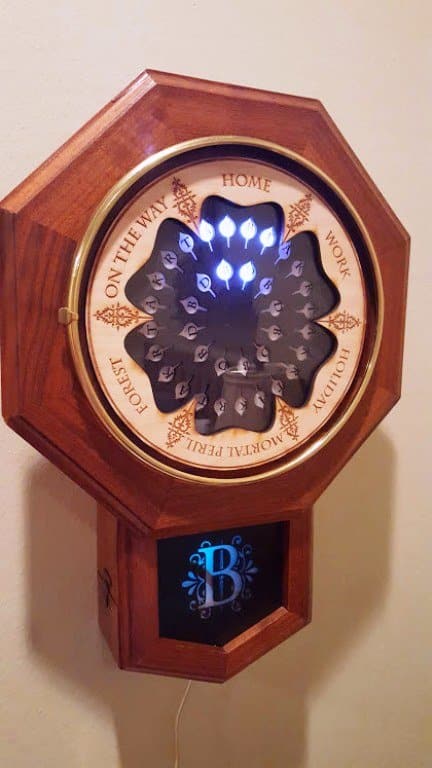 Similar to the Weasley’s family clock in the series, which monitored the nine red-headed family members’ whereabouts with hands pointing to “home,” “school,” “work,” “traveling,” “lost,” “hospital,” “prison,” and even “mortal peril,” Bagley worked on the project using the GPS systems of his sisters’ cell phones.

Growing up, the “Harry Potter” series had always brought them together, with its magical stories, costumes, book releases, wizards, and witches.

While his sisters were initially hesitant about the invasion of privacy, they eventually allowed Bagley to program all of their mobile phones with a GPS program that would connect to an antique clock he was prepping for the project. 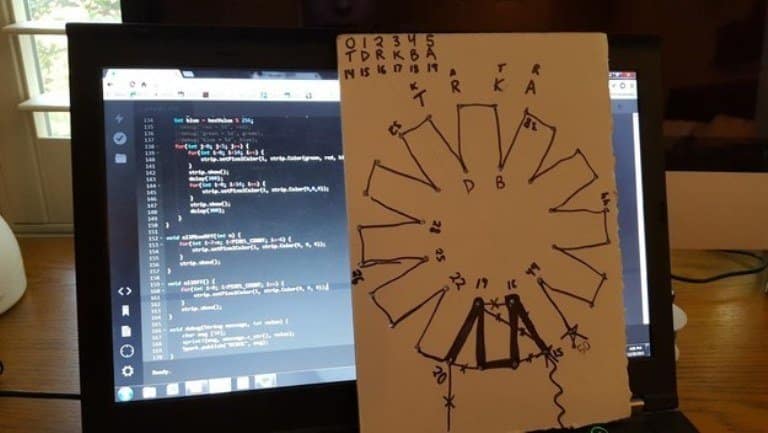 Using Particle Photon programming, which he learned at Duke’s Innovation Co-Lab open classes, he utilized a micro-controller and connected it to Wi-Fi that would send color-coded messages depending on where each of them were at any given time. 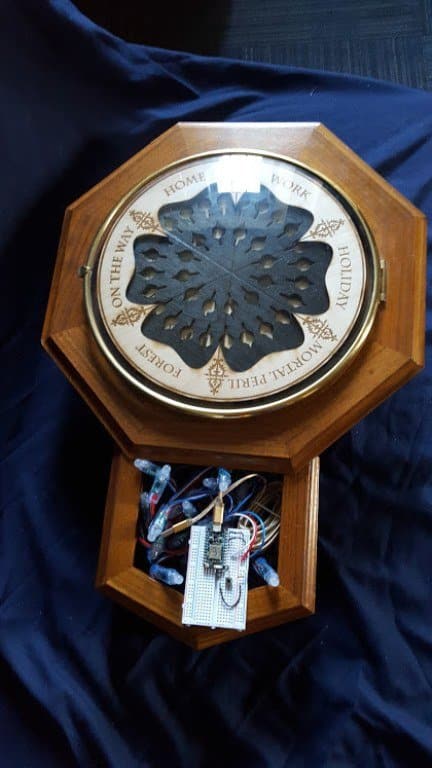 Bagley worked on the clock throughout exam week, aiming to finish the project in time for Christmas, and present it to his family as a gift.

With a friend’s help, he laser cut wood for the clock face, altered code, installed LED lighting, and tested the clock using his phone to send messages to the Photon chip that would detect locations via GPS. 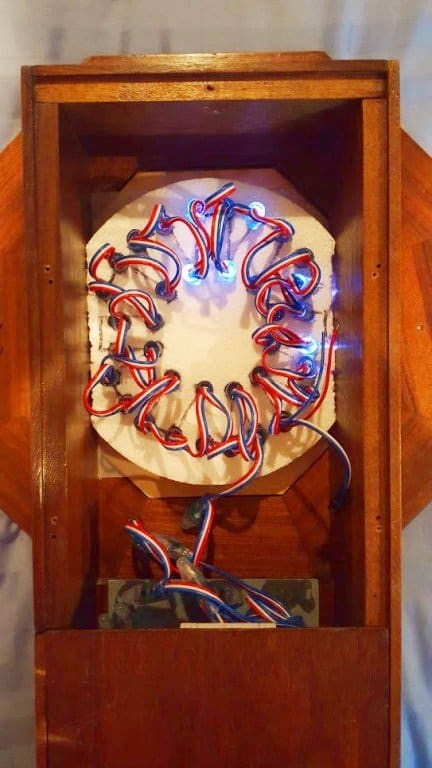 The completed clock now has a place of honor at the Bagley home, where it is often a conversation piece among guests.

Bagley has received countless feedback on his “Bagley Clock,” with people saying they would love to have him make more clocks they could buy. He has also posted the code he recreated online to help people make their own.