Scientists have discovered a new and rather strange species of frog in the Western Ghats mountain range in India. Called the Bhupathy’s purple frog, (Nasikabatrachus bhupathi) — in honor of Dr. Subramaniam Bhupathy, a respected herpetologist who lost his life in the Western Ghats in 2014 — it has shiny purple skin, a light blue ring around its eyes, and a pointy pig-nose.

The amphibian’s odd appearance is due to countless of years of evolution, according to the scientists. Its tiny eyes, long snout, and short limbs with hardened ‘spades’ enable the frog to spend almost its entire life underground.

These frogs don’t even go up the surface to eat. 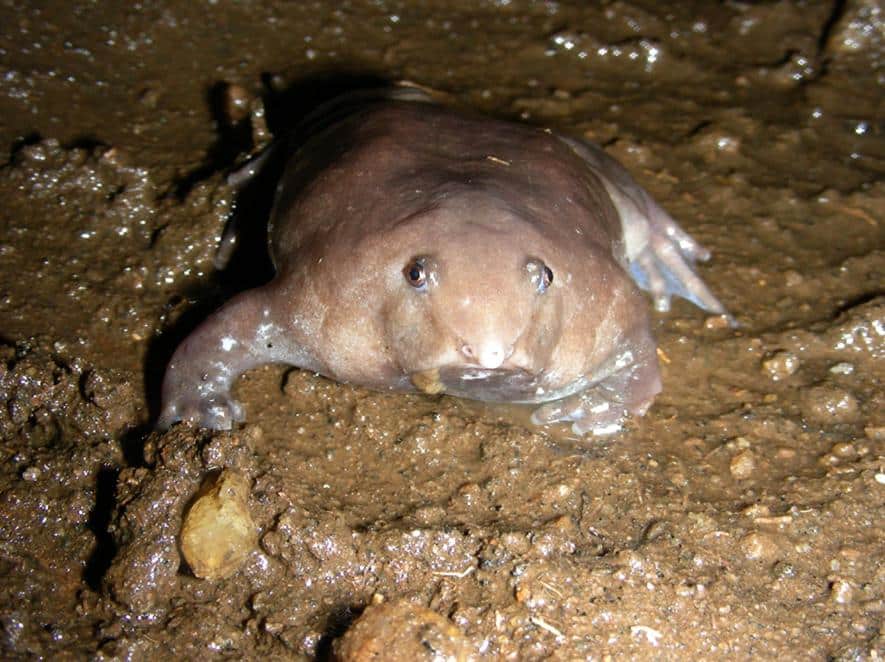 They instead use their long, fluted tongue to capture ants and termites underground.

Bhupathy’s purple frog is closely related to another purple frog (N. sahyadrensis) that was found in the region in 2003. The two species make up the only known members of their family. Elizabeth Prendini, a herpetologist at the American Museum of Natural History and coauthor of a paper describing the species, told National Geographic:

“This frog lineage is very ancient and has a very low diversity, so this finding is very special and unusual.”

The rain, however, can lure the purple frogs to the surface. 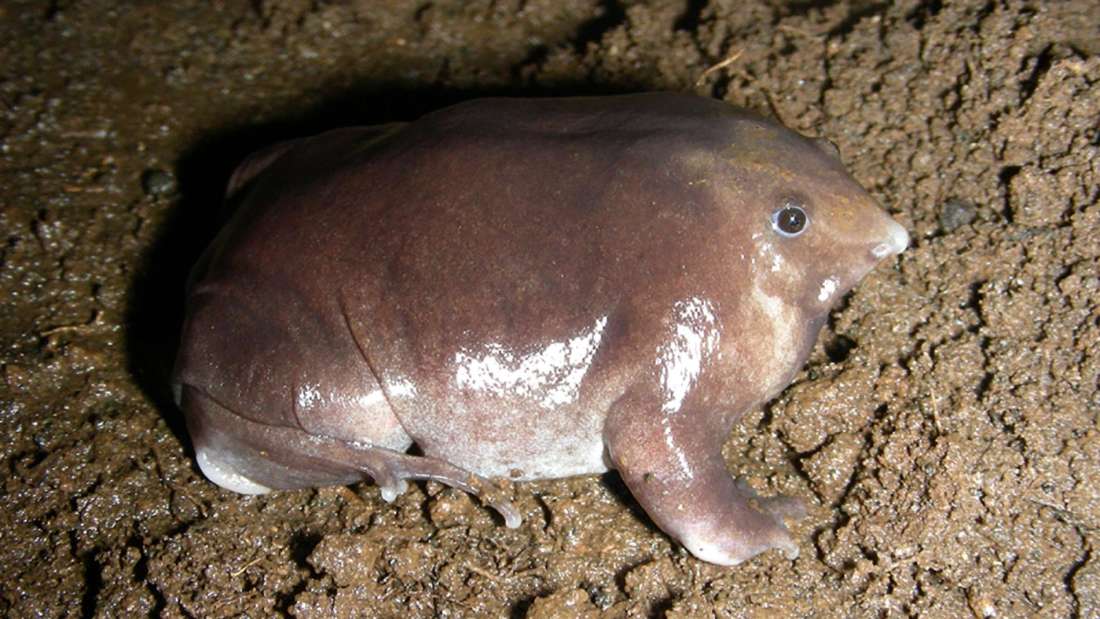 During the monsoon season, male frogs start making loud mating calls. They mate with females in the streams, where they deposit their fertilized eggs. And a day or two after, the eggs hatch into tadpoles.

Instead of swimming around like other tadpoles, Bhupathy’s purple frog tadpoles develop mouths like that of a suckerfish and use these to cling to rocks behind waterfalls, where they graze on algae with their tiny teeth. The cliff-hanging tadpoles spend around 120 days in the torrent. That’s the longest time they stay above ground in their entire lifetime.

The newly discovered species has fascinated scientists because of its ability to live almost permanently underground. The discovery also shows how much more research is needed to learn more about frogs.