For a number of years already, the field of Robotics has been obsessed with creating Artificial Intelligence or AI. From Japan to China, Russia, USA and other countries with advanced technologies, the quest of perfecting a “humanoid” robot never stops. And indeed, our robotics technology has gotten uncannily smarter and smarter. Robots with speech recognition, thought and dialogue capabilities have been featured before. There are also robots who learn from their interactions with humans, and even robots who get better at complex games like Chess. Remember the Chess game between a robot and the best Chess player in the world, Garry Kasparov?

Now the field of Robotics is taking things a step further by giving the robots some human-like features. This new robot named “Sophia” created by Hanson Robotics from Texas, USA can even mimic human facial expressions and base her reactions and dialogue with her conversation partner. Also, she has scary-looking artificial skin folds on her neck ugh! Hanson Robotics founder said that the purpose of Sophia the robot is to provide support and even customer service. One of the aims is to make her a “Care Companion Robot” (think Baymax :P) for the elderly.

She can make various facial expressions… 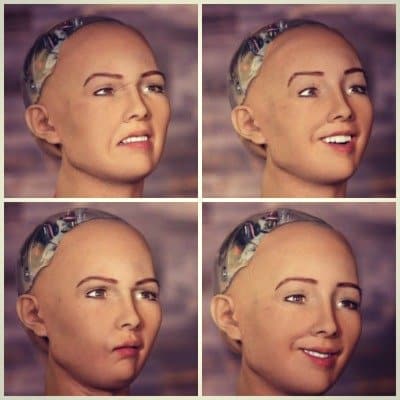 The setback, though, is that Sophia wants to destroy humans 😉

Well, we don’t know if that is just Sophia showing some very impressive and kinda scary robot wit and humor, or if she is dead serious. Something about her facial expressions is really upsetting a bit, no? Sophia has a partner as well – Han the male robot counterpart.

Han and Sophia, the male and female robots being created by Hanson Robotics 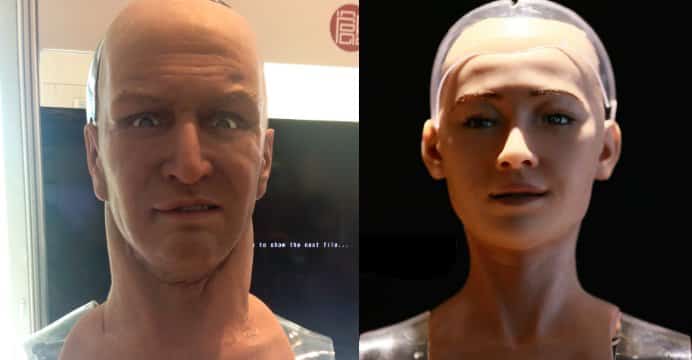 What would be next, robots spawning robot babies? Are we creating robots and machines to replace us? Well, who knows? In the meantime, we should prepare for our annihilation by robots maybe. 😉