Staff Sgt. Chris St. Onge of Tampa, Florida served with Bryan Dilberian in Afghanistan. In July 2011, they were out together with their squad on a routine patrol when a tragic explosion rocked them.

In an interview with Chris recalled, “We’re not 100 percent sure what happened, we just know an explosion happened that wounded Bryan and killed another member of our squad.”

“It was very tough,” Chris added. “You don’t think about it at that exact moment, you’re just worried about getting everyone out of there, but as soon as you get back to base that’s when it sets in all your emotions come to you.”

Chris helped stop Dilberian’s bleeding and immediately took him to the hospital. Still, the latter lost his two legs and left arm because of the explosion. The former, on the other hand, was awarded a Bronze Star for his heroism. 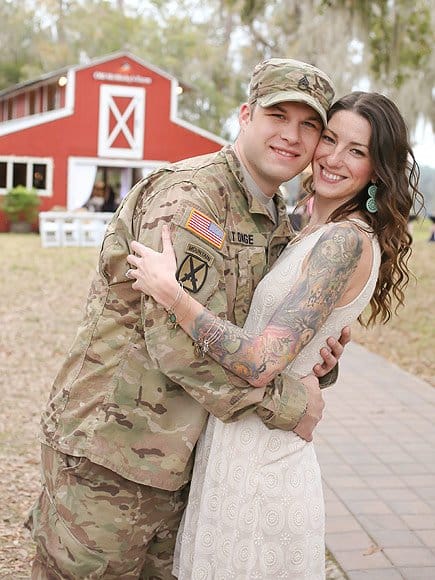 It was then that Chris started getting in touch with Samantha, Bryan’s sister, who constantly updated him about her brother’s condition via emails and phone calls. They finally met each other in person after 8 months.

“We just kept talking and one thing lead to another. I think we both knew, we just didn’t know how to express it to each other.”

Samantha, on the other hand, described the start of their relationship as “Crazy, exciting. A little bit of every emotion you can imagine.”