Styling hair with fire is actually a thing and it has been a tradition in some parts of the world. For one Pakistani named Shafqat Rajput from the Punjab province, the hairstyling method was taken to a whole new level — by setting his clients’ hair on fire.

A video of Rajput doing what he does best went viral after it was recorded and uploaded on social media by one of his patrons. That made the Punjabi barber an instant Internet sensation.

Pakistani hairstylist Shafqat Rajput sets his clients’ hair on fire as a way to give them a polished look. 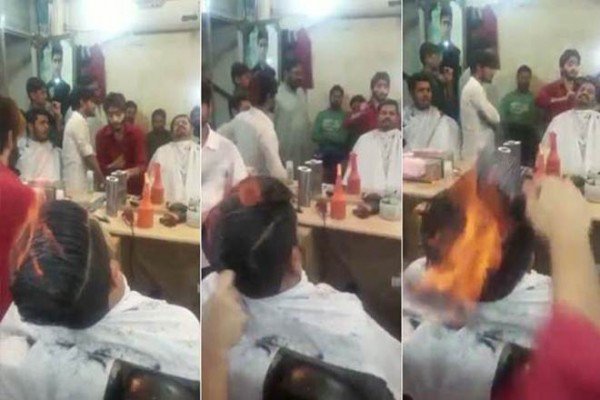 In the video, the hairstylist used powder and water to apply on his client’s hair. He can also be seen placing an unidentified liquid presumed to be flammable, before lighting up the hair with a lighter. While the hair is burning, the barber combs and brushes the hair repeatedly.

The flames will eventually die out with constant brushing and Rajput proceeds to repeat the process. And the client’s reaction? Nada. He just sits calmly on his chair and enjoys seeing his flaming head in the mirror.

Quickly doing a Google search on this method of hairstyling will let you know that fire cutting is not a new thing. It usually involves using an open flame to cut hair but not like Rajput’s method of setting hair in flames and brushing it constantly. His art is something entirely different and he admitted that it would help his client have a polished look.

As mentioned, fire cutting is being practiced in some parts of the world, one in particular is in Milan, Italy. An 82-year-old Milanese barber named Franco still cuts hair using fire. His shop, Antica Barbieria Colla, first welcomed customers in 1904 and is one of the city’s oldest barber shops. Franco uses thin candles to burn off hair tips.

82-year-old Milanese barber Franco uses thin candles to burn off his clients' hair tips as a way to style their hair. 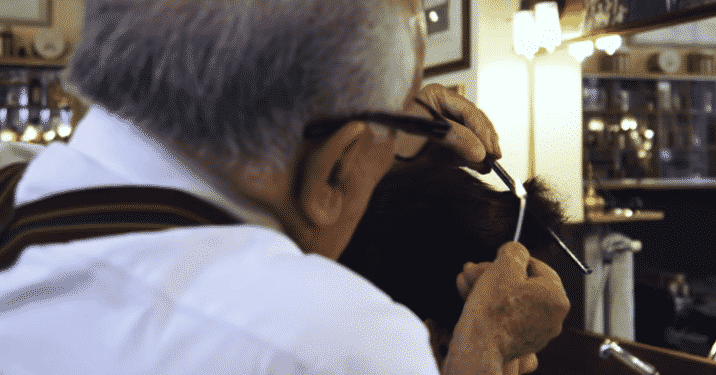 It turns out that fire cutting has hair benefits and Franco has revealed them. According to the barber, fire prevents hair loss and also strengthens the hair.

“It becomes bigger, the hair becomes stronger and doesn’t fall out anymore.” He added that once, a barber is considered an important member of the society but not anymore in this modern era. Franco also has some advice that you might want to remember for the rest of your life.

“You have hair, don’t let it get cut badly.”

Meanwhile, check out the video below to see how Pakistani hairstylist Rajput performs his fire cutting method.