Earthquakes are scary mostly because of the potential death and destruction it can bring. While it sure helps to be prepared, another factor that can be a big benefit for all of us is to have earthquake-resistant structures.

Yes, it is possible to have sturdy structures that can withstand strong shakes as can be seen in the video below. Apparently, Simpson Strong-Tie and the Network for Earthquake Engineering Simulations (NEES) worked together to test out a seven-story wooden building that turned out to be earthquake-proof.

This seven-story wooden structure was built to be tested if it can withstand a strong earthquake. 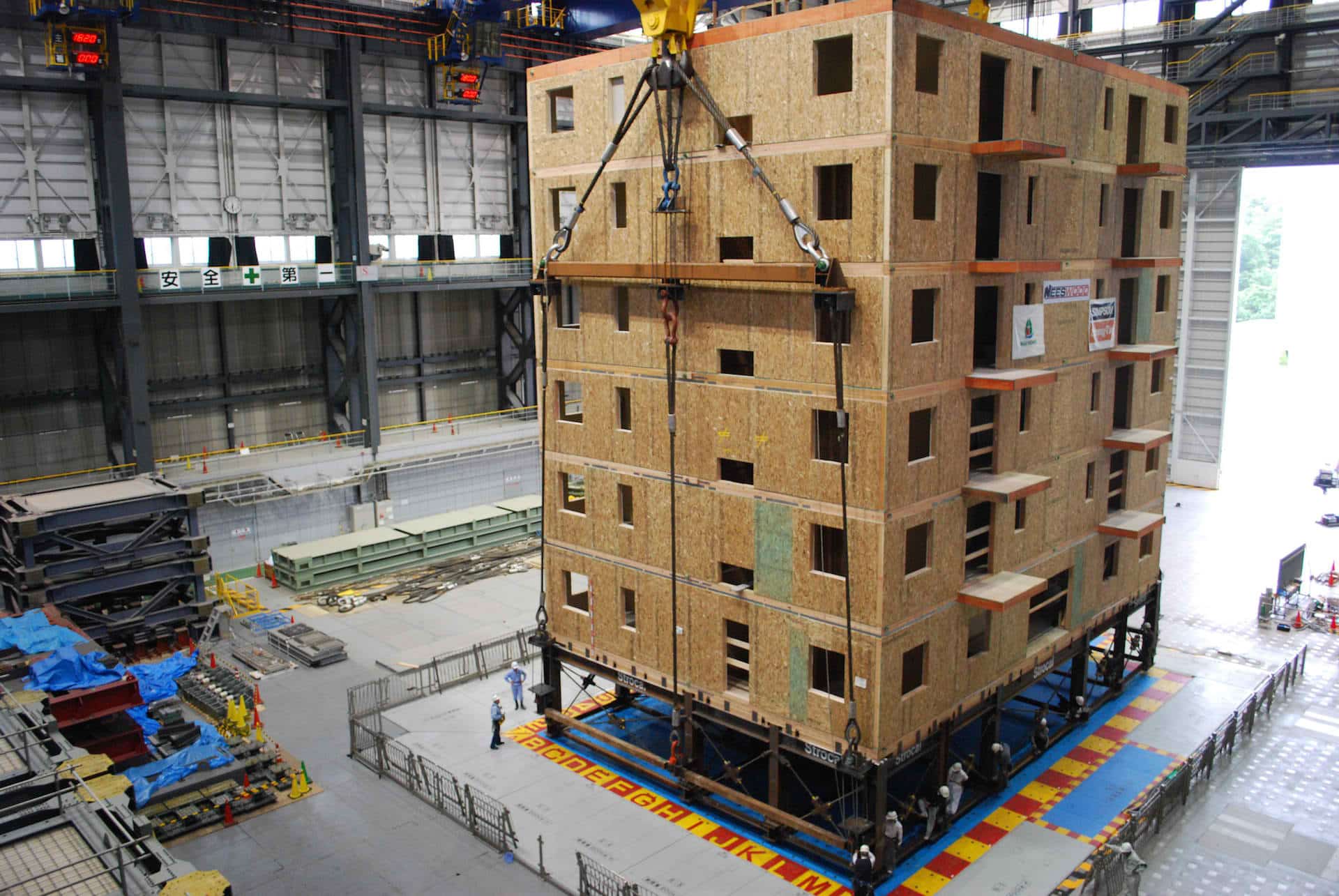 Weighing a million pounds, the wooden condominium was placed in the world’s largest shake table in Japan, along with sensing equipment and several video cameras. The goal, of course, is to see if it can endure a massive earthquake and the result shows us that it indeed can.

In fact, the team simulated a 7.5 magnitude earthquake and the building was able to handle that.

In a DailyRevolution article, we also learn that Professor Michael Symans of the Rensselaer Polytechnic Institute, one of the researchers, said prior to the seismic test:

“Right now, wood can’t compete with steel and concrete as building materials for mid-rise buildings, partly because we don’t have a good understanding of how taller wood-framed structures will perform in a strong earthquake.

“With this shaking table test, we’ll be collecting data that will help us to further the development of design approaches for such structures, which is one of the major goals of the project.”

The seismic test proved to be a success as the building endured a 7.5 magnitude earthquake. 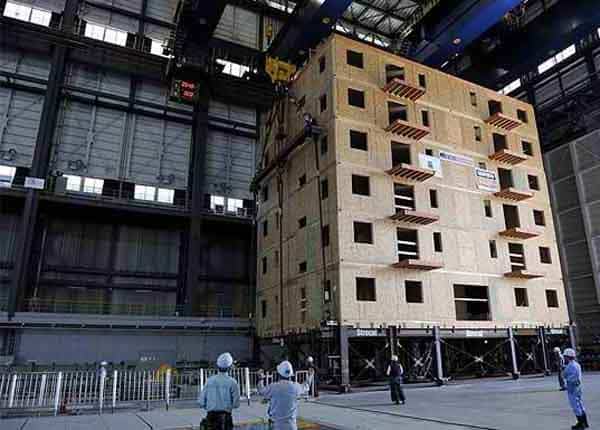 Meanwhile, David Rosowsky, a co-investigator of the NEESWood project added:

“NEESWood aims to develop a new seismic design philosophy that will provide the necessary mechanisms to safely increase the height of wood-frame structures in active seismic zones of the United States, as well as mitigate earthquake damage to low-rise wood-frame structures. When this challenge is successfully met, mid-rise wood-frame construction will be an economic option in seismic regions in the United States and around the world.”