Talk about a close encounter with nature! A kayaker got up close and personal with an octopus, thanks to the seal that slapped him in the face with the mollusk.

Kyle Mulinder is an adventurer based in New Zealand. He recently went off the coast of Kaikoura with surfer Taiyo Masuda to test out the new GoPro7. However, they didn’t expect to meet up with a seal and an octopus in an epic battle.

This kayaker doesn’t know what’s about to hit him. 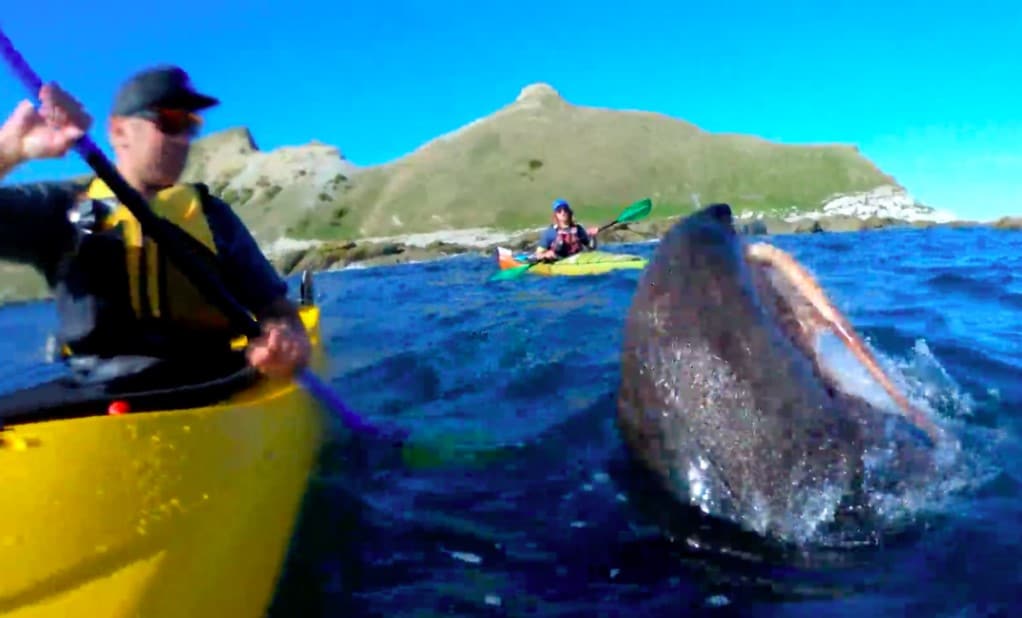 Mulinder admits that the kayakers already saw the two creatures fighting. However, he was still surprised when the seal suddenly popped up right beside him.

“He thrashed it in mid-fight and my face happened to be in the wrong place at the wrong time,” Mulinder said. “I was like ‘Mate, what just happened?’ It was weird because it happened so fast but I could feel all the hard parts of the octopus on my face like ‘dum dum dum’.”

Despite the obvious pain, Mulinder still hooted in elation. His companions couldn’t help but roar in approval over the amazing encounter. 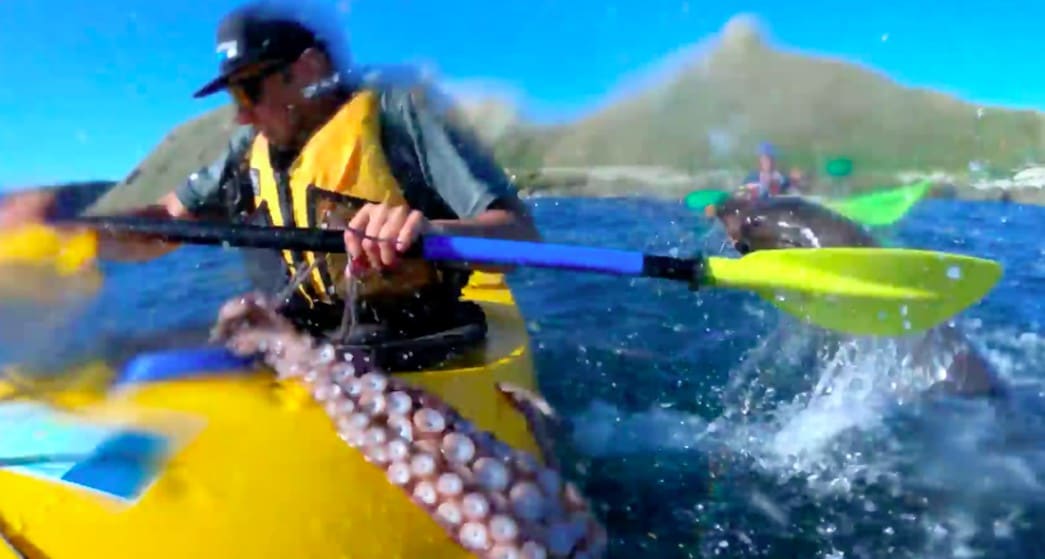 Mulinder joked about the incident on his Instagram. “I’m not sure who got more of a surprise: the seal, the octopus or me,” he wrote. Nevertheless, he revealed that the octopus was the real winner in the fight.

“The octopus held onto the bottom of kayak for some time before our guide was able to get it off with his paddle then it swam away to fight another day,” Mulinder wrote.

The experience might be enough to keep other people away from the water. However, it looks like Mulinder has no plans of slowing down. Follow him on Instagram @barekiwi for more awesome photos of his amazing adventures in New Zealand.

Watch the epic video below: