In a recently discovered cave somewhere in the Flinders Ranges, located approximately 550 kilometers north of Adelaide, Australia, lies ancient artifacts estimated to be 49,000 years old. This discovery suggests that humans set foot on the Australian desert 10,000 years earlier than originally believed. This implies that 1,000 years after first setting foot on Australian soil, humans were able to expand civilization further into the continent’s arid interior – making this group of humans the oldest known continuous civilization on Earth.

The Warratyi Rock Shelter was accidently discovered by an elderly local who was looking for a toilet. 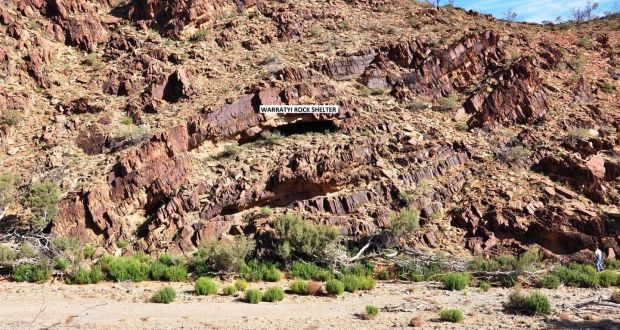 The cave, known as Warratyi rock shelter, housed a few of what seems to be the oldest quartz and bone tools in Australia and showed evidence of the earliest use of the ochre pigment in the country. Included in the artifacts were burnt eggshells, pointed tools made of bone and stone, and red ochre and gypsum pigments. 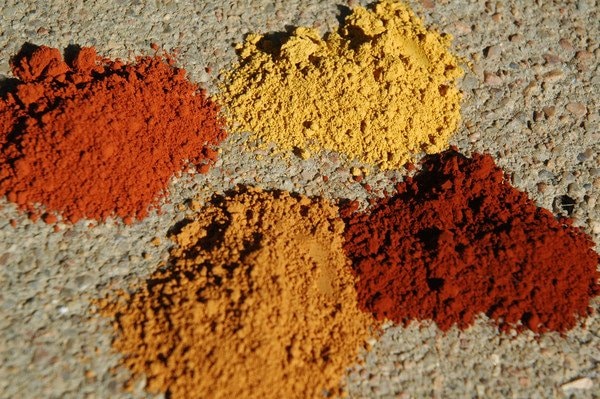 Archaeologists consider the discovery of these artifacts to be significant as it provides evidence that earlier tools and technologies were created within the region, thus challenging the presumption that Aboriginal Australians were not as inventive as similar groups that live in the other parts of the world.

Giles Hamm, an archaeologist from La Trobe University, led the excavations. In an interview with the Guardian, Hamm said,

“The old idea is that people might have come from the East, from the Levant, out of Africa, and these modern humans may have come with a package of innovative technologies.”

“But the development of these fine stone tools, the bone technology, we think that happened as a local innovation, due to a local cultural evolution.”

The tools’ age were largely based on estimates, with the quartz grains estimated to be 44,000 years old. However, radiocarbon dating revealed that the burnt eggshells, which can be attributed to human cooking or to attempts thereof, are aged 45,000 to 49,000 years.

There was also evidence of human interaction with the megafauna, as the shells are believed to have come from emus and now extinct birds from the genus Genyornis. Also discovered were bones of another extinct species, the wombat-like Diptrodon optatum. The findings indicate that the humans were living close enough to these animals’ habitat to allow them to find bones and eggs and bring them back to the cave.

The Diptrodon optatum, now extinct, is the largest known marsupial to have existed. 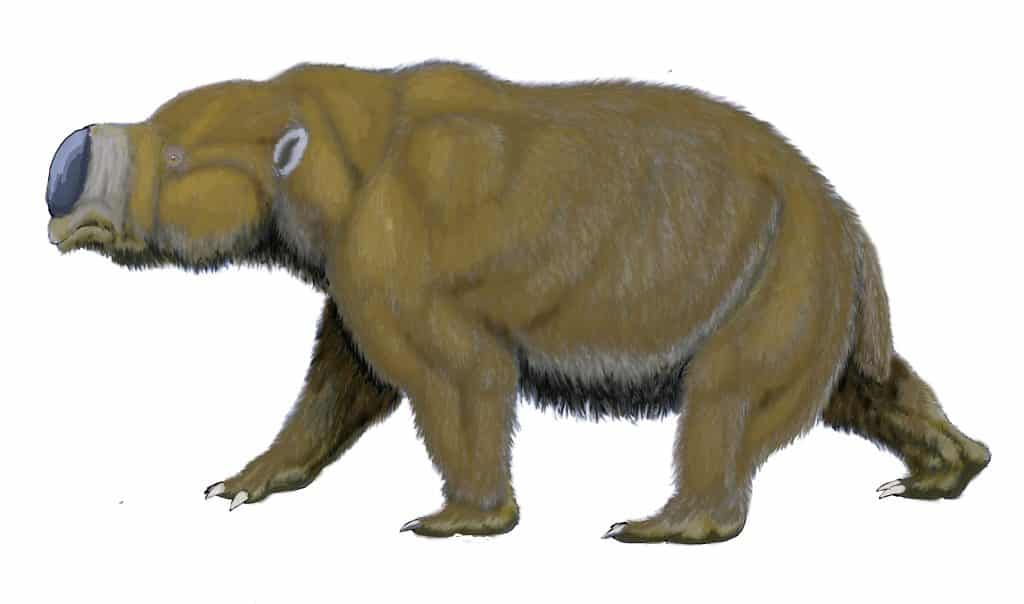 Gavin Prideaux from Flinders University and a member of the team of archaeologists asserted in an interview with ABC,

“One good thing about this study … is there’s no doubt there are megafauna remains in the form of Diprotodon and a giant bird in that rock shelter in a well-dated, well-stratified context sometime between 45,000 and 50,000 years ago,”

“The only way those bones and shells got there is because people brought them there … in terms of megafauna that’s the really significant finding.”

This study has been published in the journal Nature.