Christmas is often called the season of joy. However, folk tales from all over the world reveal that there are naughty and diabolical monsters that supposedly wreak havoc during the holidays.

Most of these monsters, though, are on a mission to encourage good behavior — especially among kids. 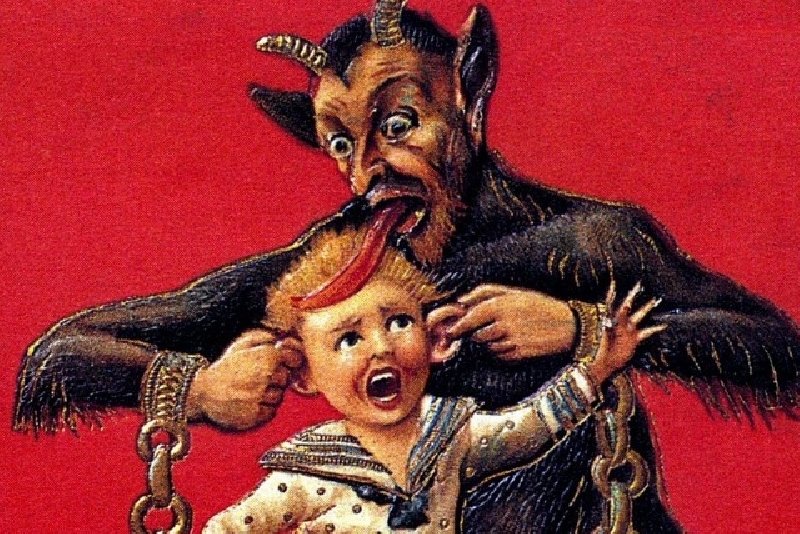 Often tagged as the evil counterpart of Santa Claus, Krampus is a demonic figure who engages in violent behavior against people who haven’t been so nice. Krampus Night is traditionally celebrated on December 5, the eve of St. Nicholas Day, in Austria and other parts of Europe. 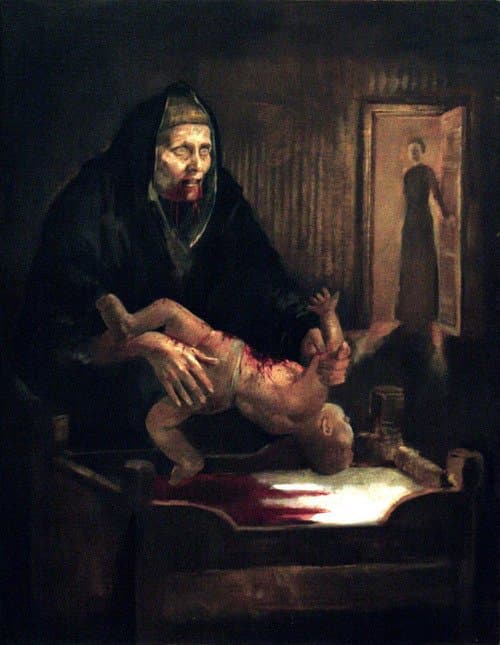 Icelandic folk tales sometimes identify this female giant as the mother of the Yule Lads. During the Christmas season, she supposedly hunts down children who have misbehaved and eats them. The story has it that she uses the kids’ meat to make a stew. 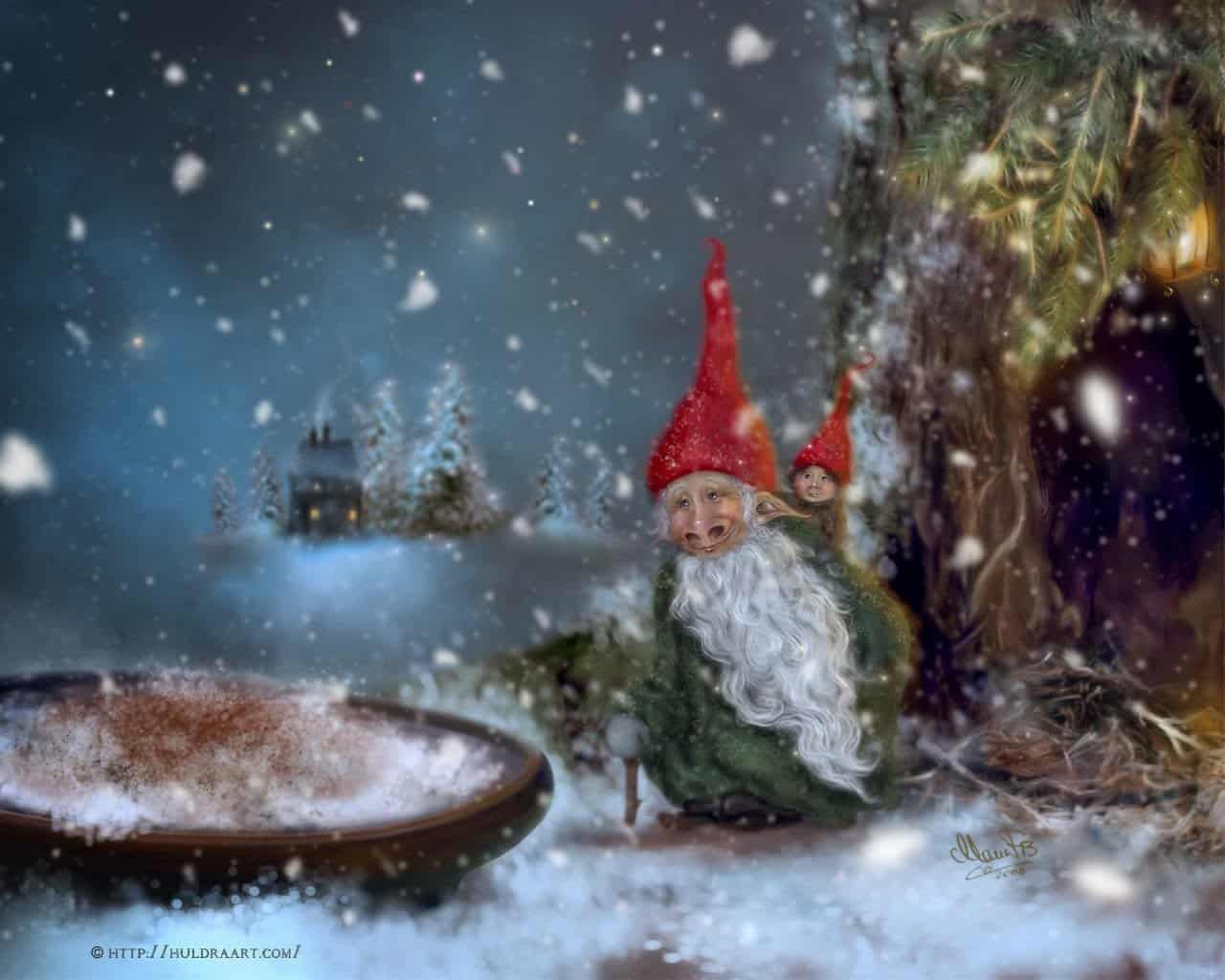 Source: Huldraart.com (via Christmas Is Awesome And So Should You blog)

In Scandinavian folklore, this is a being resembling a gnome. He serves as the caretaker of the home. However, he demands an offering of food or other tokens on Christmas eve. Otherwise, he turns nasty. His bite is said to be poisonous. 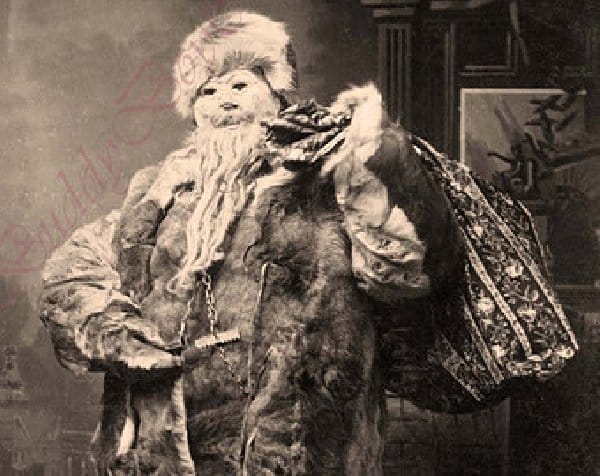 German folklore portrays Belsnickel as a man wearing tattered clothes and carrying a whip. He shows up a couple of weeks before Christmas to punish misbehaving kids. That said, he seems pretty mellow compared to other Christmas monsters. 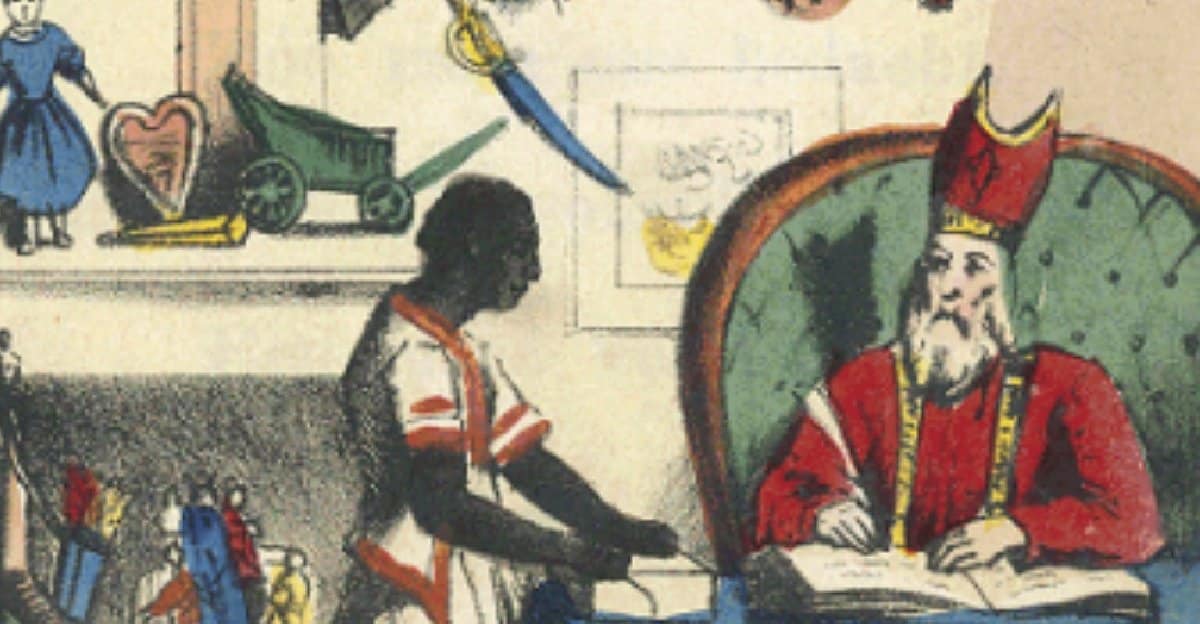 The story has it that in 1150, a man named Père Fouettard and his wife lured three young boys into their butcher shop so they could rob them. They ended up killing the kids. Saint Nicholas discovered the crime and was said to have brought the little boys back to life. He then punished Père Fouettard by making him his servant for life. Père Fouettard is tasked with dishing out punishment to misbehaving kids. 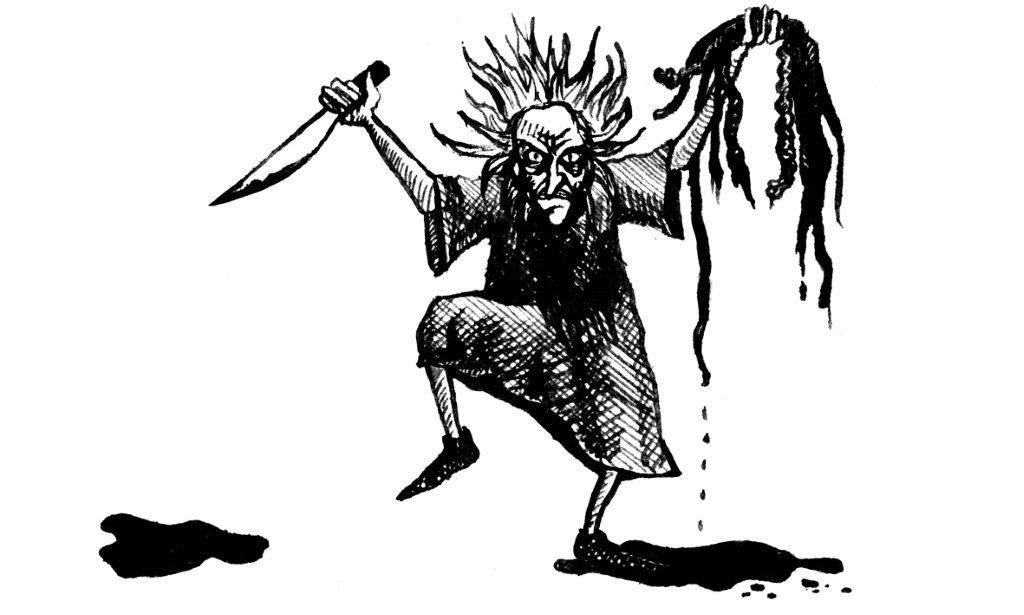 German and Austrian folk tales reveal that this witch terrorizes people during the 12 days of Christmas (December 25 through Epiphany on January 6). She rips out the internal organs of nasty people and then stuffs their bodies with garbage. 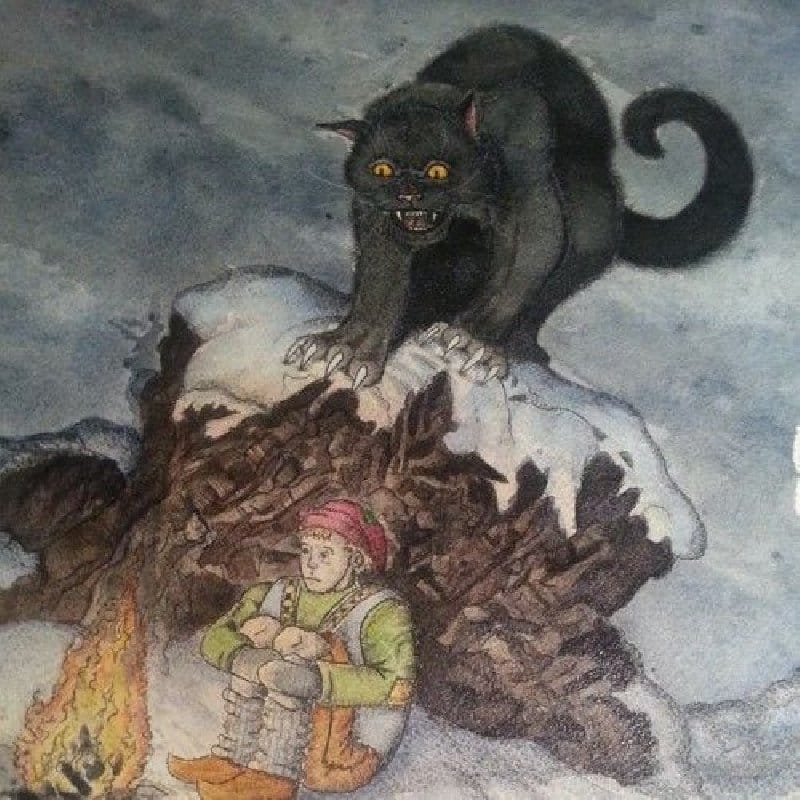 Don’t be fooled by this creature’s cute name. It’s actually an evil cat who devours lazy kids who don’t finish their chores during the Christmas season. It’s also known as the Jólakötturinn or the Yule Cat. 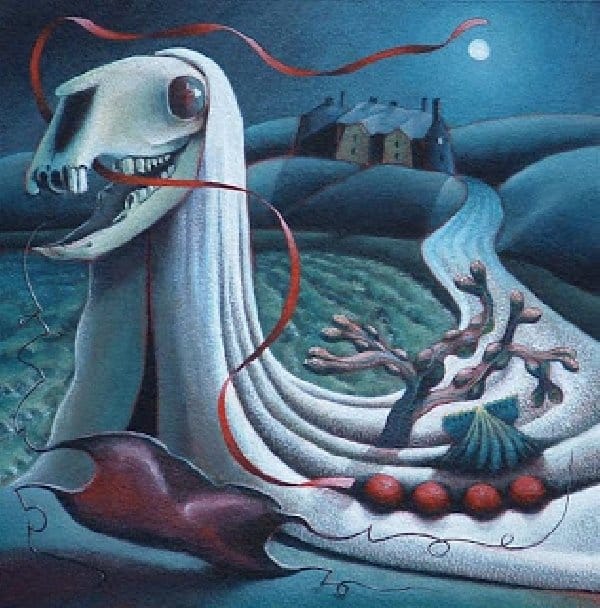 According to Welsh folklore, this is the skeleton of a dead horse (specifically, a mare) that rises from the grave on New Year’s Eve. It then attempts to break into houses. The house owners must be on guard, of course. Perhaps, the purpose of the tale of the dead horse is to keep everyone awake to welcome the New Year. Then again, it’s still a pretty scary figure. 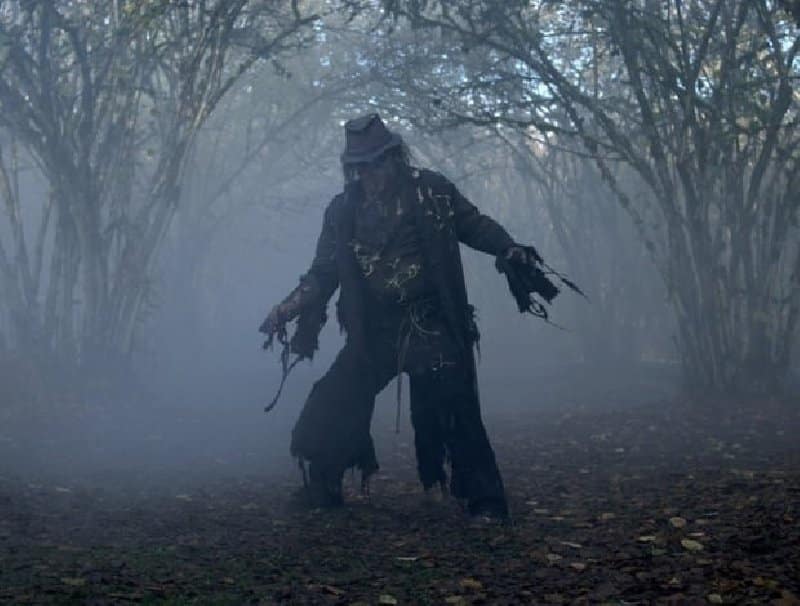 French folklore reveals that Hans Trapp used to be a greedy man who worshiped Satan and was excommunicated from the Catholic Church. He ended up in the forest where he preyed on young kids. He was allegedly about to eat one child when he was struck by lightning. However, he seemed to be cursed to he came back as a scarecrow-like figure. He is said to visit kids before Christmas to scare them into being good. 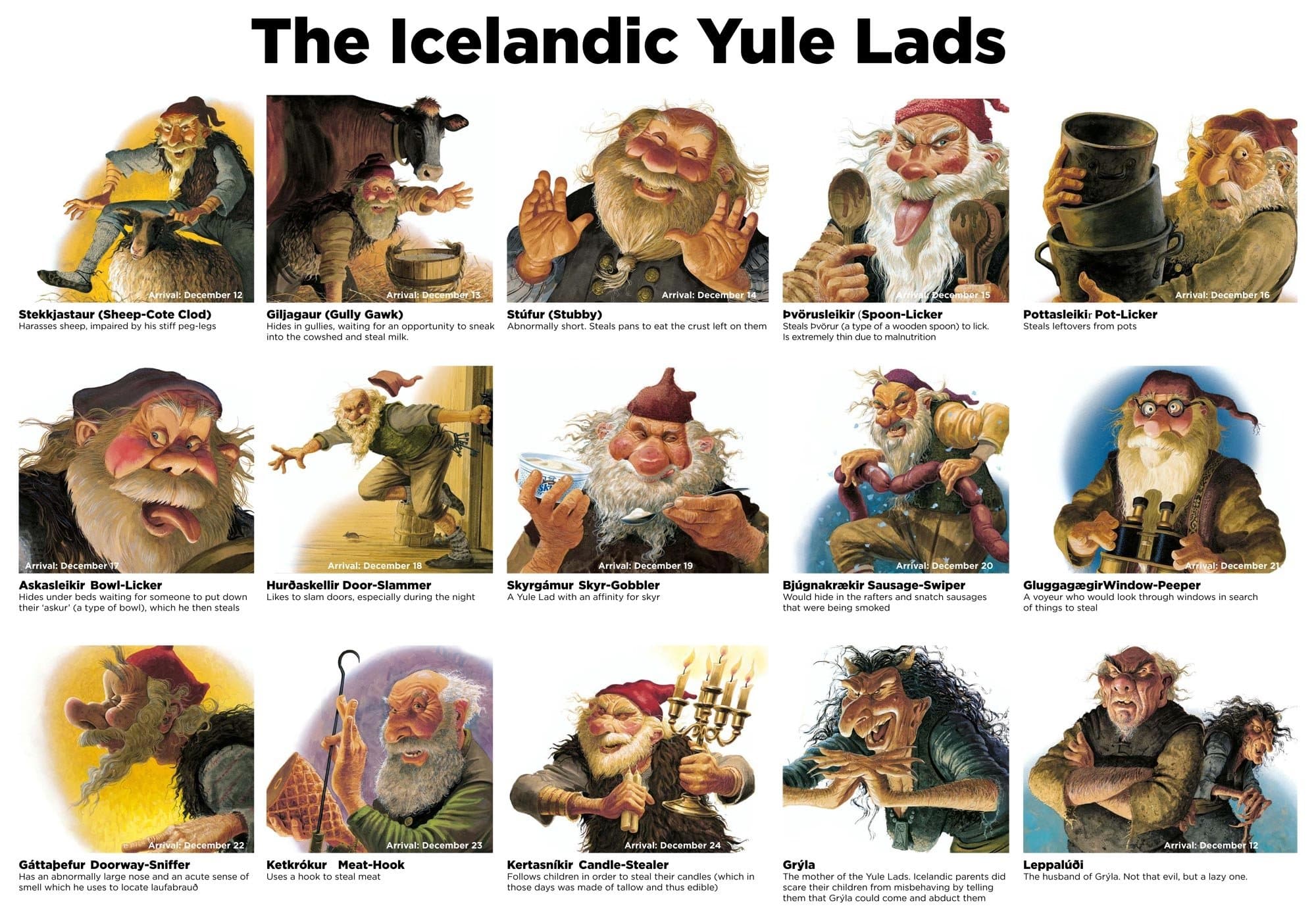 According to folklore from Iceland, they are a group of 13 trolls. Each troll specializes in his own brand of mischief. It was believed that their mission was to terrorize kids who misbehaved during the Christmas season. These trolls were said to have run free during the last 13 nights before Christmas.