A tourist in China was extremely lucky to escape death when he tried the infamous gap bridge only to realize that his harness was broken all along. The incident happened at the Wansheng Ordovician Theme Park, which is a popular tourist destination.

The gap bridge is located over 150 meters (500 feet) above the ground. A lot of tourists go to Wansheng Ordovician Theme Park mostly because they wanted to attempt the gap bridge. However, authorities have shut it down after a video of a tourist with a broken harness went viral on social media. 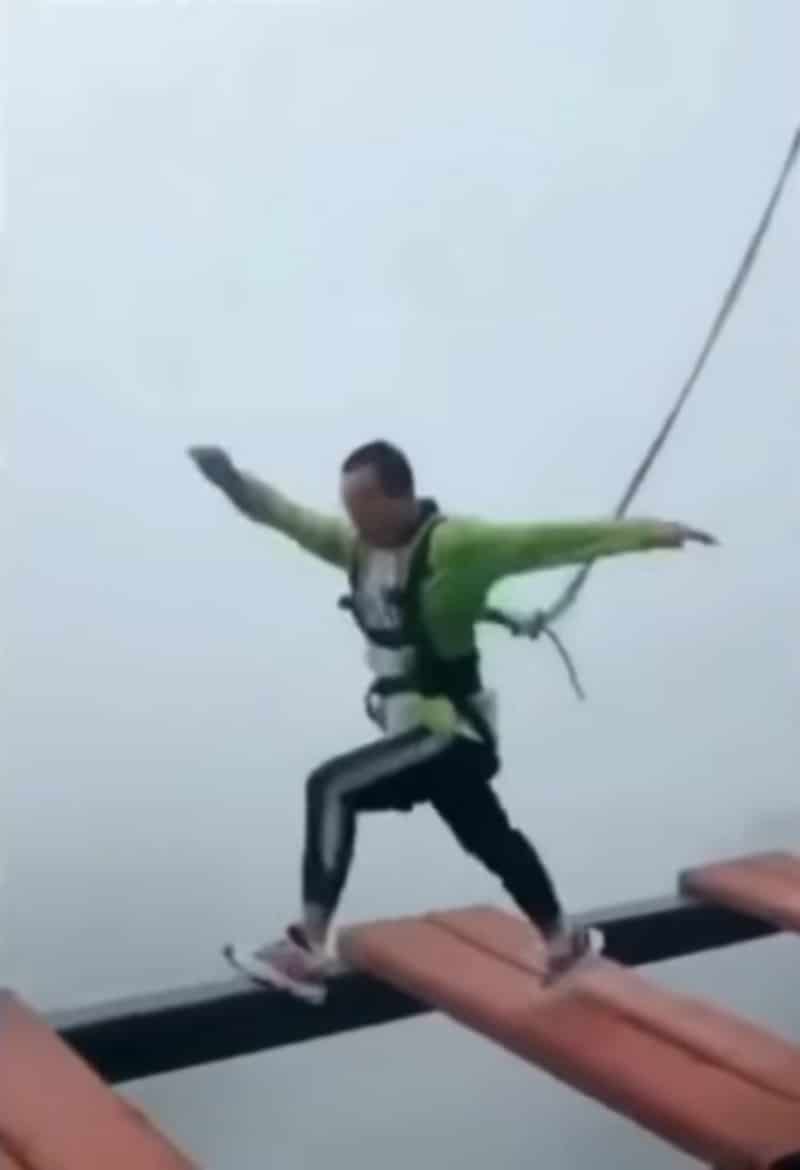 Wansheng Ordovician Theme Park, which is located in a scenic area 100 km outside Chongqing, is popularly known for its thrilling, high-altitude activities, which is highly-popular popular with adrenaline-junkies. The key attractions in the park include the world’s longest cantilevered glass walkway, as well as a rope swing perched on the edge of a 300-meter-high cliff.

But a video taken on October 1 suddenly made a lot of people think twice about trying out some risky activities as a thrill-seeker unwittingly took the ultimate leap of faith at the theme park.

Before reaching the very end of the bridge, the rope suddenly falls from the back of the tourist. The very elated tourist was very happy about successfully crossing the gap bridge, but he quickly realized that the rope was detached from his harness.

If he fell at the time, that was it for him. He will be fee falling for 500 feet, which is very impossoble for him to survive. 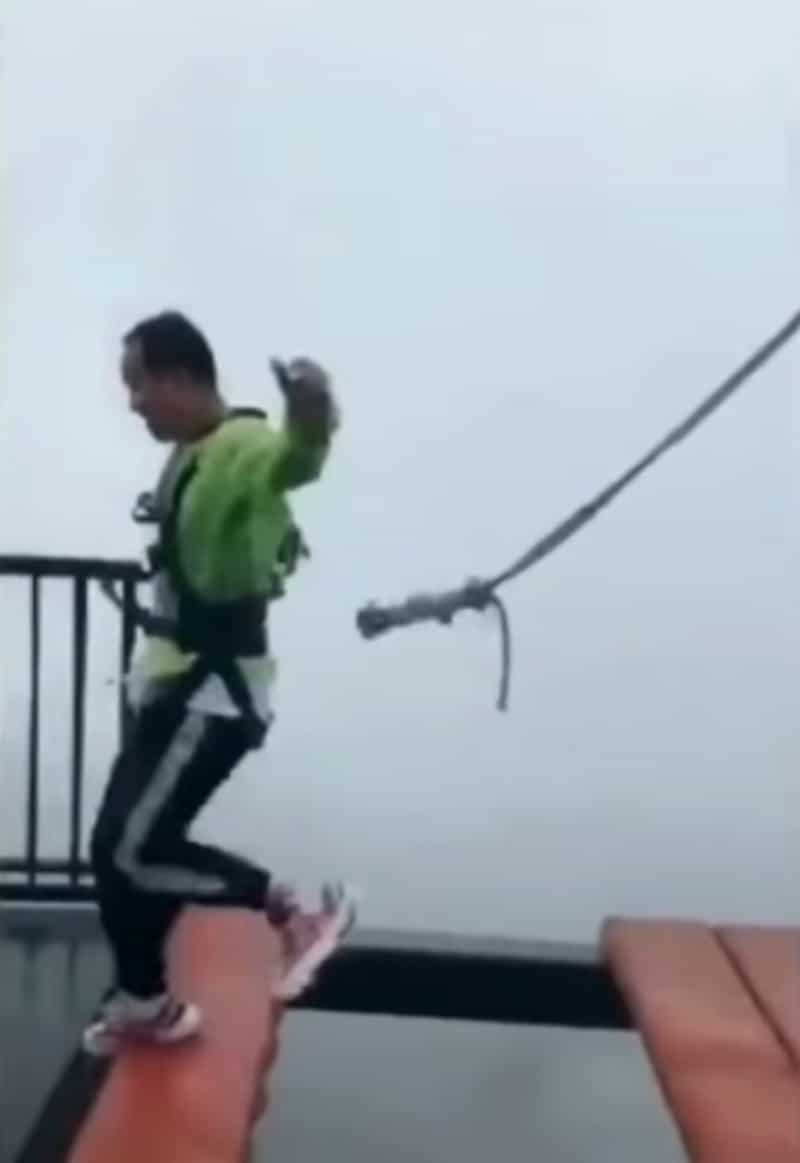 Understandably, the video worried a lot of people and many demanded the park to be shut down.

Officials from the Wansheng Economic Development Zone investigated the incident and revealed that the error was mainly the staff’s fault.

The gap bridge was then closed down until further notice. If the park is found to have broken significant safety regulations, it could be given a fine.