If you think a small drone couldn’t make a significant damage, you better think again! Actually, it’s all a matter of targeting the right spot and being armed with the right weapon. With those two things in place, things can get really, really bad.

Case in point, a series of massive explosions recently rocked an ammunition depot of a military base located in Balakliya, Eastern Ukraine. An amateur video taken by a resident shows us the devastation from afar as smoke and fire spewed into the sky.

Apparently, the culprit behind the attack is a small drone carrying a 1-pound thermite hand grenade. 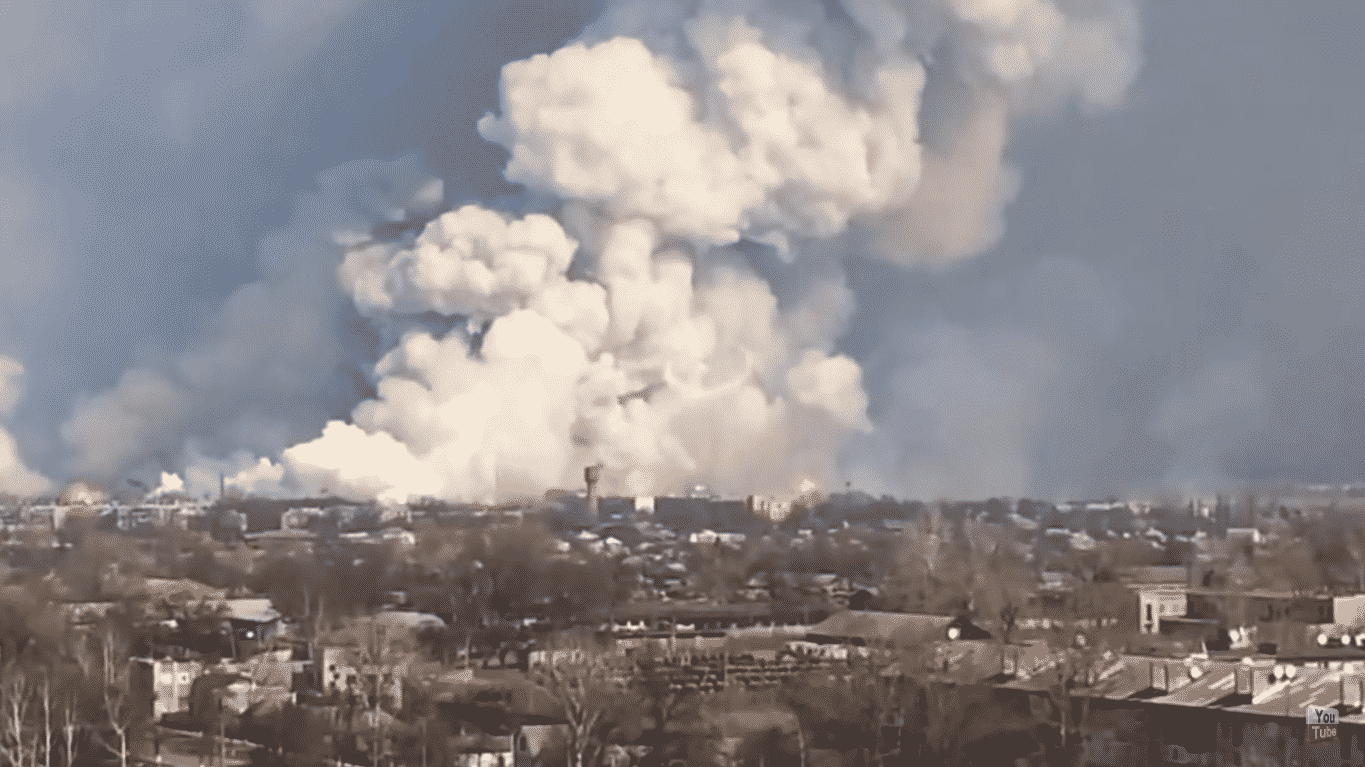 A Popular Mechanics report mentions that the said explosions “caused an astounding billion dollars worth of damage.” The site further tells us that SBU personnel, Ukraine’s domestic intelligence service, believes that the drone that infiltrated the base was carrying a Russian ZMG-1 thermite grenade.

Although a thermite grenade does not detonate, it does burn at extremely high heat.

Reports indicated that 1 person was killed and 5 others have been injured. 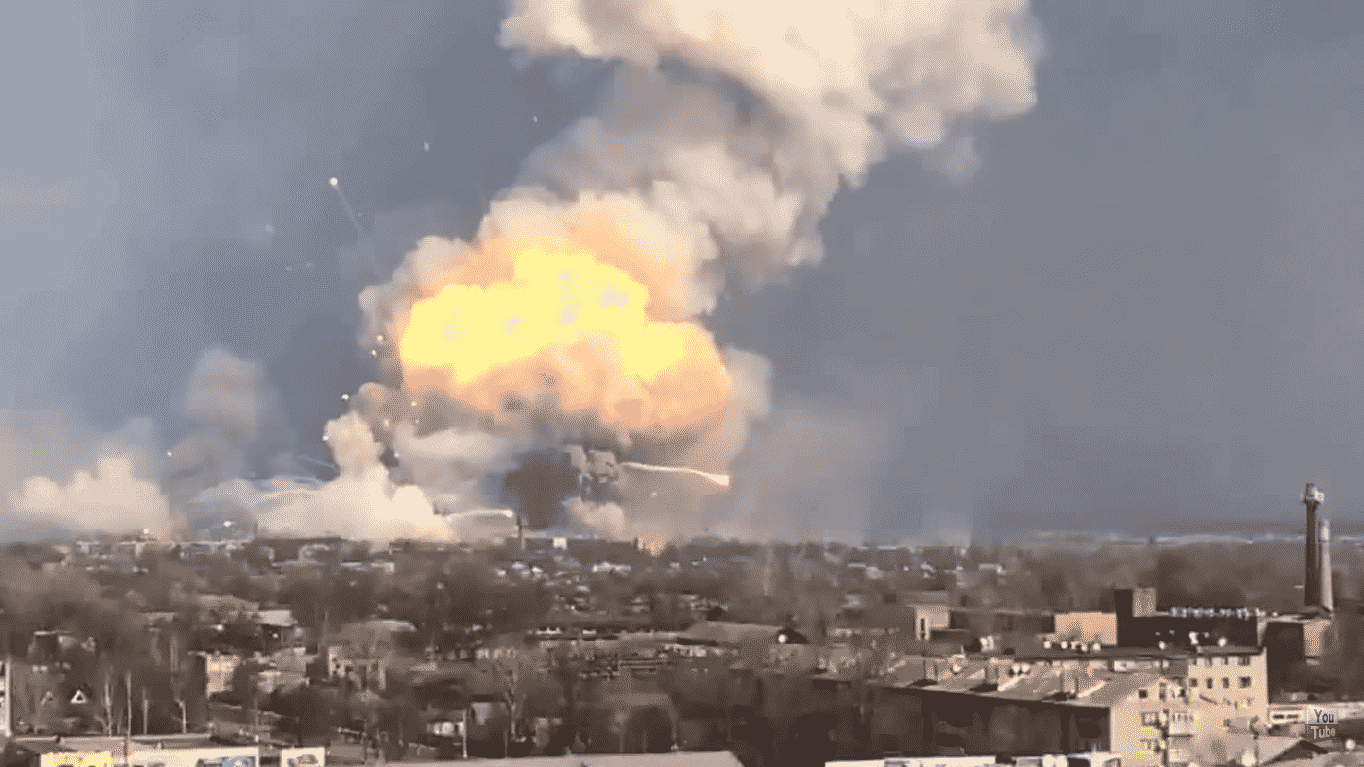 The ammo depot is located about 60 miles from the Russian/Ukranian border where fight has recently occurred. 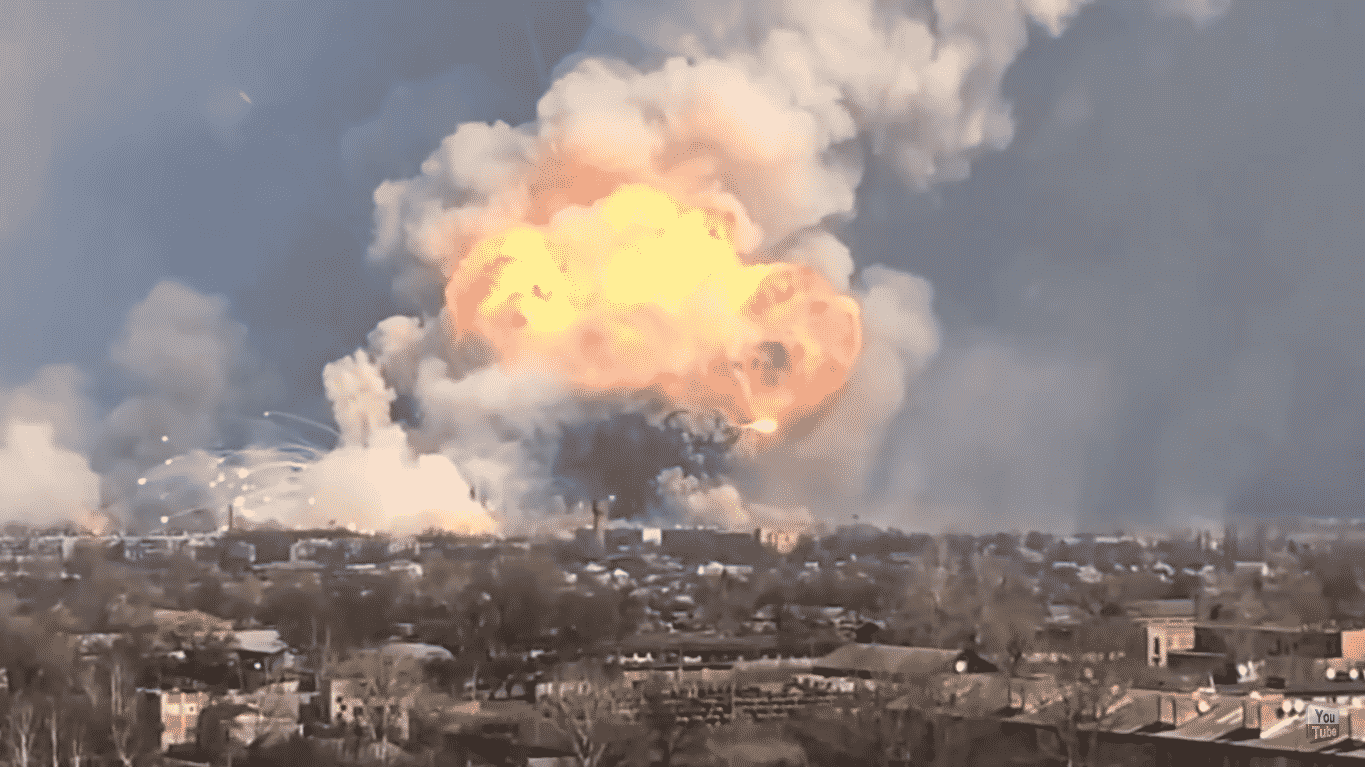 Watch the series of explosions in this video:

PM contributor and Scout Warrior writer David Hambling was quick to point out that this wasn’t the first time a Ukrainian military base has been assaulted by drones. In December of 2015, weaponized drones dropped 14 grenades in Balakliya but the fires were immediately extinguished. Also, the Svatavo ammunition dump has been attacked in October 2015 which led to the destruction of and 3,000 tons of explosives and 1,700 homes near the area. Meanwhile, ISIS has likewise previously used drones to attack French and Kurdish soldiers in 2016.