Discovered in a remote cave in China, this slimy monster is a whopping 1.3 meters (4 feet and 7 inches) long! Fisherman Wang Yong accidentally stepped on the creature while he was navigating through the cave. Yong was so amazed by the sight of the salamander that he called wildlife experts to check it out. The experts found that that the big guy was sick, so they moved it to a nature preserve.

The fisherman accidentally stepped on this slimy monster… 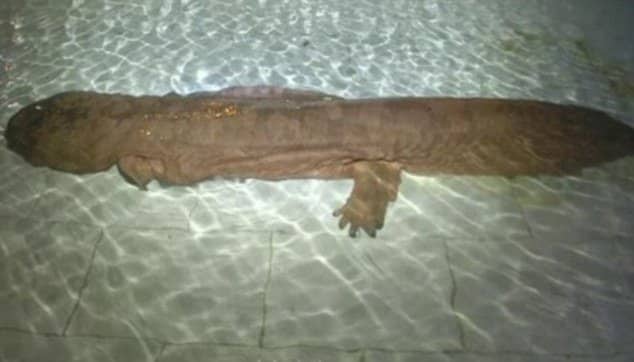 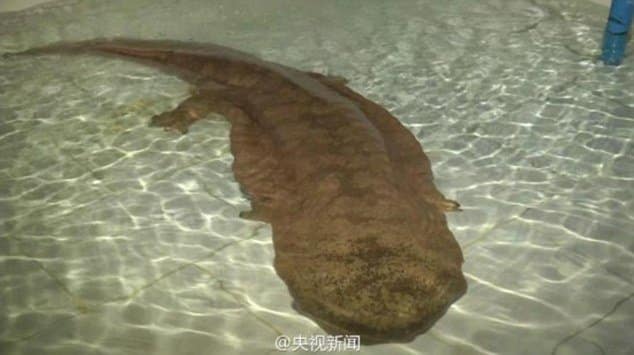 But the most remarkable part of the story is not the salamander’s size. It’s how old it is. The experts estimate that the creature is around 200 YEARS OLD. This makes it one of the oldest living creatures on Earth. But if external factors such as overfishing (it’s considered a delicacy and also used in traditional medicine), pollution, and habitat loss keep happening, the specie of this big fella will disappear forever, since it’s already on the critically endangered list. 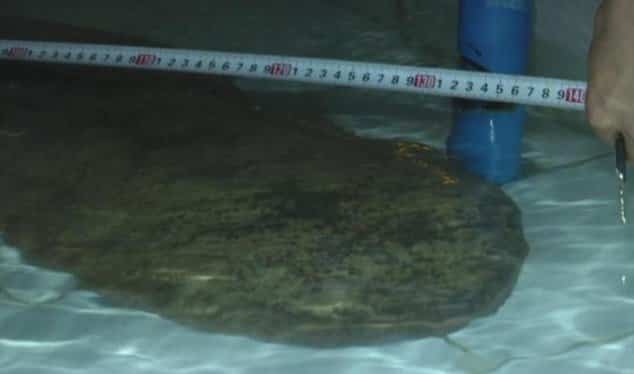 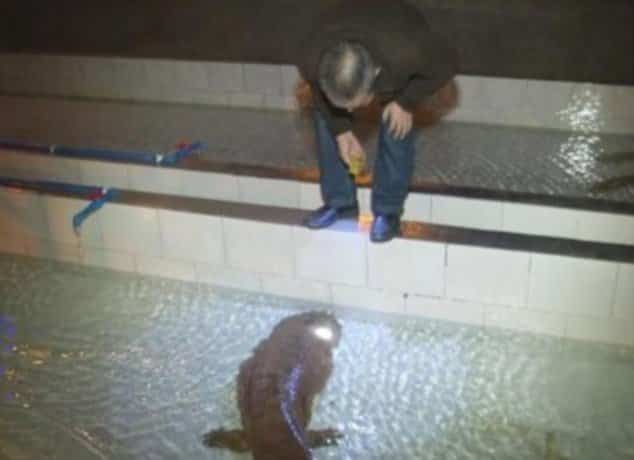 Watch this video of the giant salamander in motion:

So the Chinese must do whatever it takes to preserve the giant salamander line. Given the right care, these creatures can hopefully live as long as this 200-year old fella.