Are extra-terrestrial beings trying to communicate with us? In a recent report, we learn that mysterious radio signals from a galaxy 1.5 billion light years away have reached our planet.

The signals, known as fast radio bursts (FRBs), “are radio emissions that appear temporarily and randomly,” a DailyMail article explained, which makes them “not only hard to find, but also hard to study.”

As of present time, experts are divided about the explanation behind the said radio signals. While some are saying black holes or super-dense neutron stars are possible sources, others are suggesting it could be an indication of alien technology.

Professor Avid Loeb of the Harvard-Smithsonian Center for Astrophysics in the United States takes this stance – he believes the signals come from advanced extra-terrestrial tech.

And this isn’t even the first time fast radio bursts were detected.

Back in 2007, FBRs were first spotted by accident when a burst signal was found in radio astronomy data gathered in 2001. 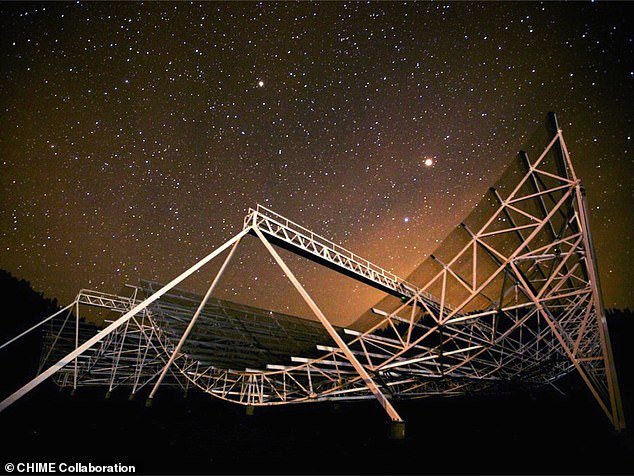 Meanwhile, the new signal was discovered by a team of Canadian astronomers searching for FRBs. In the span of three weeks over summer, the team found 13 flashes with their Canadian Hydrogen Intensity Mapping Experiment (CHIME) radio telescope. According to the team, one of the FRBs showed a repeating pattern.

While over 60 FRBs have already been detected so far, the first repeating bursts were only discovered in 2015 by Puerto Rico’s Arecibo radio telescope.

“Until now, there was only one known repeating FRB.

“Knowing that there is another suggests that there could be more out there.

“And with more repeaters and more sources available for study, we may be able to understand these cosmic puzzles – where they’re from and what causes them.”

Check out this report by FOX News: