For many people today, popcorn ceiling is no longer cool. It went out of style years ago and people who are still living in a house with popcorn or cottage ceilings are having a hard time trying to get rid of it. It’s either you change the whole structure of your ceiling or go through that rough DIY idea that may cause further destruction to your place and your appliances.

Houses with this type of ceiling are the ones built in the 60’s and 70’s. Those were the times when they were really popular. The fad even brought the popularity up until the early 80’s. 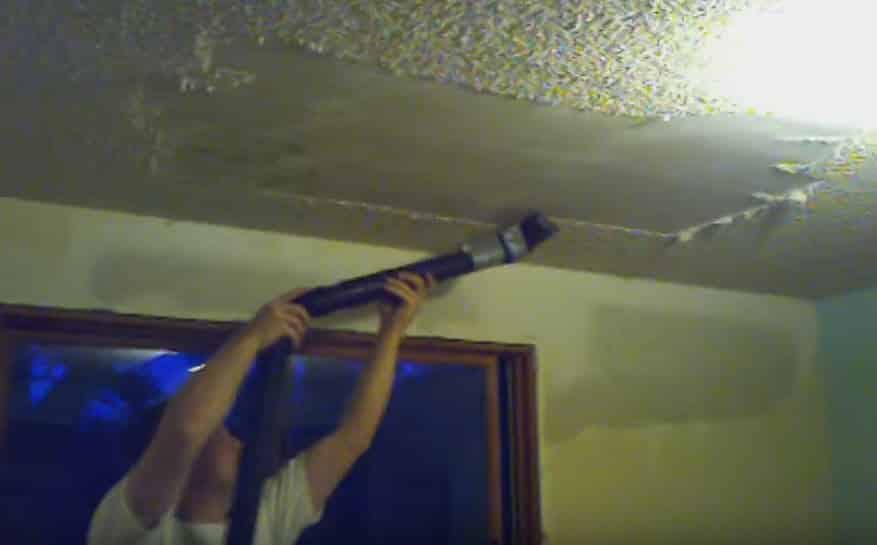 The reason why it became unpopular with the new generation of construction is because of its formulations, which include white asbestos. In 1978, the US Clean Air Act was approved and it was the beginning of the end for the once popular popcorn ceiling.

If you are one of those folks who want to get rid of your old ugly ceiling, but don’t really want to spend a whole lot of money to hire a professional to do it, you may want to try this whole new idea from Aaron Rollins.

You’ve got to be careful though, it’s quite messy and if you don’t do it right, you might find yourself in a much messier situation. Trust me, you don’t want that to happen.

Check out Rollins’ video and see how he does it. Make sure you have all the right tools to do the job yourself.

Don’t forget to SHARE this great idea to your friends and family.