With a lot of criminal cases filed and relative to the Violence Against Women (VAW) Act, it is still an unfortunate fact that the female gender is still in the marginalized arena in terms of human rights most especially in the presence or involvement of the male gender.

However, as this pervert customer tries to score for the gold, this young waitress puts him right on his place—on the floor!

As clearly captured in the CCTV footage, a young waitress is simply standing still across the bar when two seated guys called her attention. 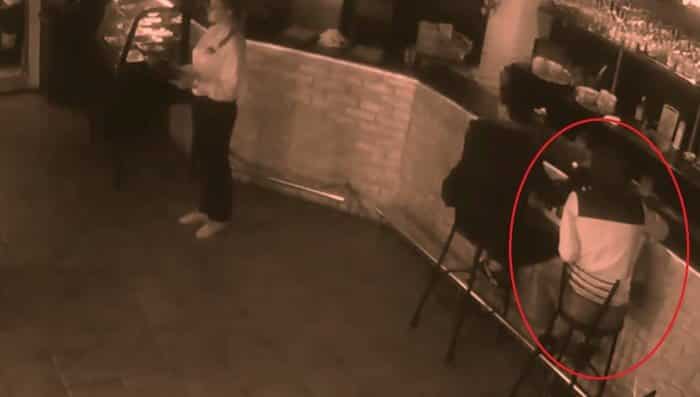 Upon giving the bill, the guy with a hood draw his hand near the bosom of the waitress of which naturally the waitress refused to be touched, causing him to merely fall off of his stool. 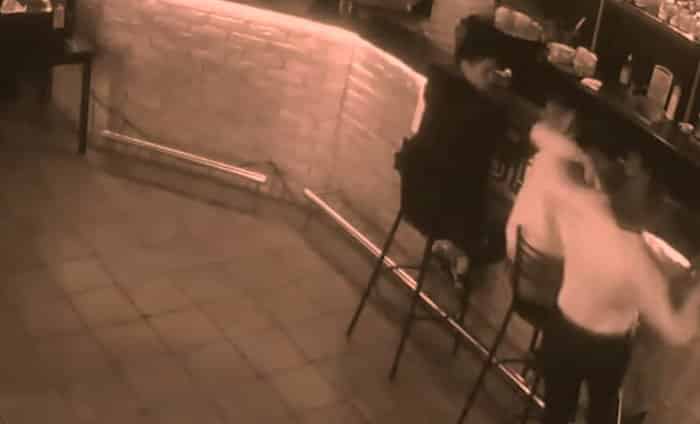 Moments later, the disappointed maniac tried to sexually harass her again by touching her butt crack but received a heavy blow of the menu instead. 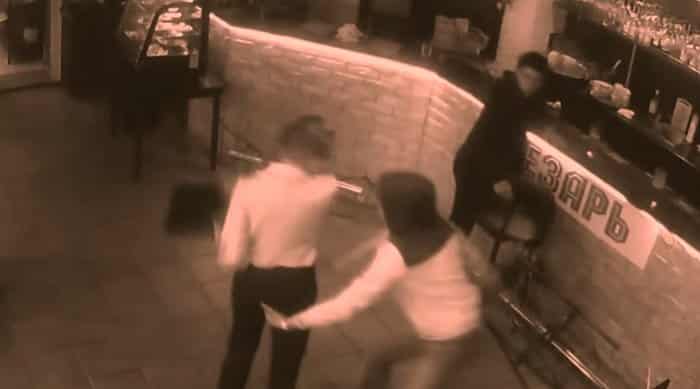 As he tried to confront her at the third time, he was already found smooching with the floor. Oh what a scandal it was! 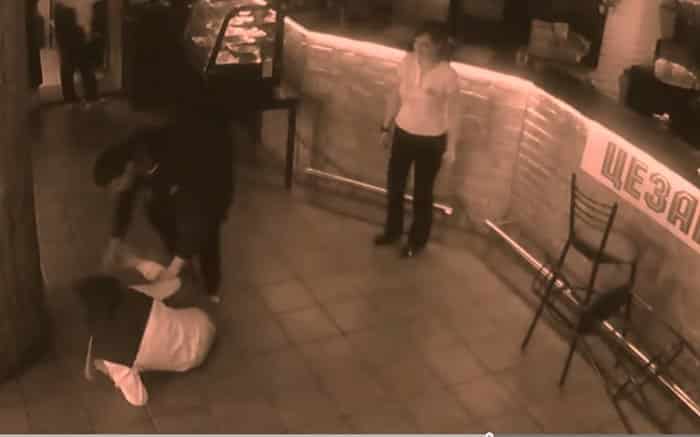 Good for him, a bunch of men approached him but walked him through the door instead. True enough, he won’t be visiting this same café for some time…at least not with the waitress around. Hahaha!

It is a sad fact that despite the interventions of the United Nations with various international and local Women Activist Groups, clearly, the long-awaited justice and equity won’t be coming before dawn. Today, recordings of similar sexual and physical violence against women continue to multiply and sadly, remain unresolved.
H/T: Wereblog