Weddings have become so much interesting now, thanks to the antics of guests, the bridal party, or even the couple themselves. As far as the groom and his groomsmen go, this raises the bar really high.

The 25-year old Lee, who is a personal trainer and former commando, started his wedding day with bride Elsa by giving the lady a glorious sight to behold – he and his 8 groomsmen clad in nothing but skimpy warrior skirts, capes, and gladiator sandals. The ab-tastic display is a nod to the hot Spartan warriors of the film 300. 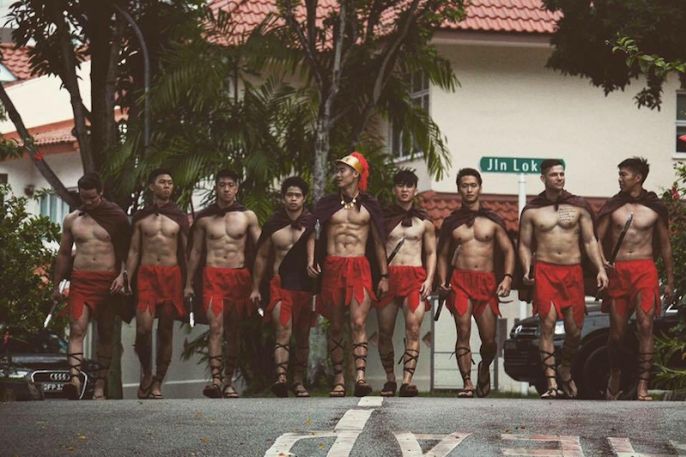 Since he is a personal trainer, Lee had no problem showing off his muscles. His bros were not so bad themselves either! It’s worth nothing that the groomsmen were not fitness trainers like the groom; some are undergraduates, some are marketing executives, and one is a Navy officer.

As expected, the stunt went viral and got the attention of the ladies online.

“Can I wash my clothes on your abs?” is one of the comments Netizens gave after seeing the photo of Lee and the guys in their Spartan gear.

On the day of the wedding, Lee and his groomsmen got together at a fitness corner to change into their costumes. Afterwards, they gate-crashed the bride’s home, which was just nearby.

The guys bought cloth from Spotlight to make their Spartan skirts. The rest of the stuff they bought at Daiso, where they got materials to make their “spears” and the groom’s “Trojan helmet”. 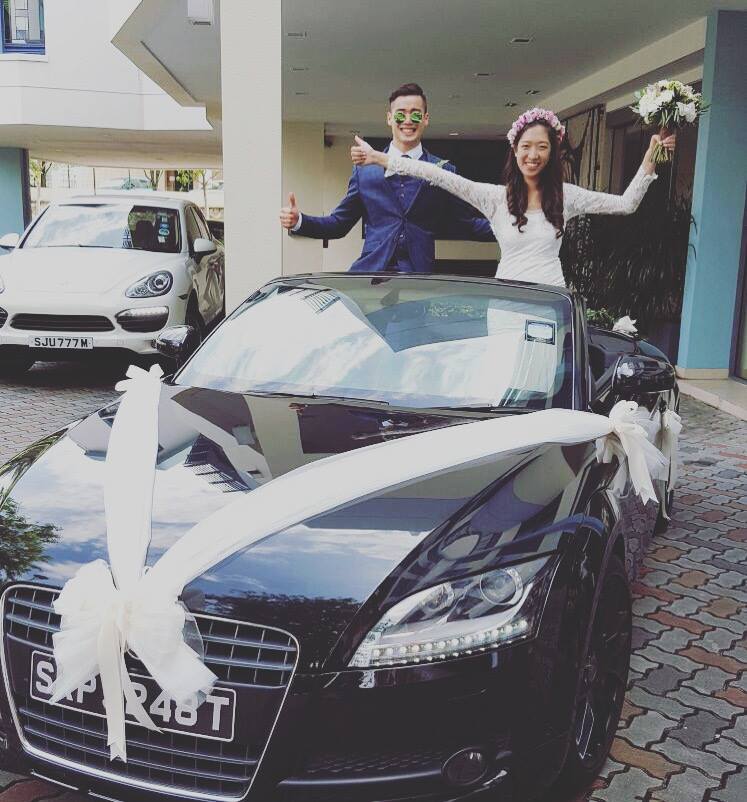 The rest of the wedding was as zany as the men’s costumes. The bride wore a garbage bag as a veil and the groom and his bros danced to pop tunes and even formed a human pyramid!