In 1928, Julio Tello, a renowned archaeologist considered as the “father of Peruvian archaeology”, made a huge discovery of an immense and unique graveyard in the desert peninsula of Paracas, Southern Coast of Peru. Such discovery gave another perspective on the evolution of man. Tello unraveled 300 elongated skulls which were the first to be found in the world. The Paracas skulls, named after the place of discovery, have been believed to be 3,000 years old. And what were mysterious about them was that the skulls were different from human skulls.

Juan Navarro, an owner of a local Paracas History Museum, has a collection of some 35 well preserved Paracas elongated skulls, along with many other historical artifacts related to the Paracas culture. The skulls are said to have a cranial capacity of 24-40% larger than a regular human skull, which some claim is evidence that their brains were bigger and they were thus more intelligent than modern humans or humans of the same era.

In 2011, Brien Foerster, the Paracas Museum assistant and an expert on ancient elongated skulls, convinced Navarro to allow several samples to be taken from the museum for analysis. Hair samples, including roots, a tooth, skull bone and skin samples were taken from five different skulls and were given for DNA analysis. 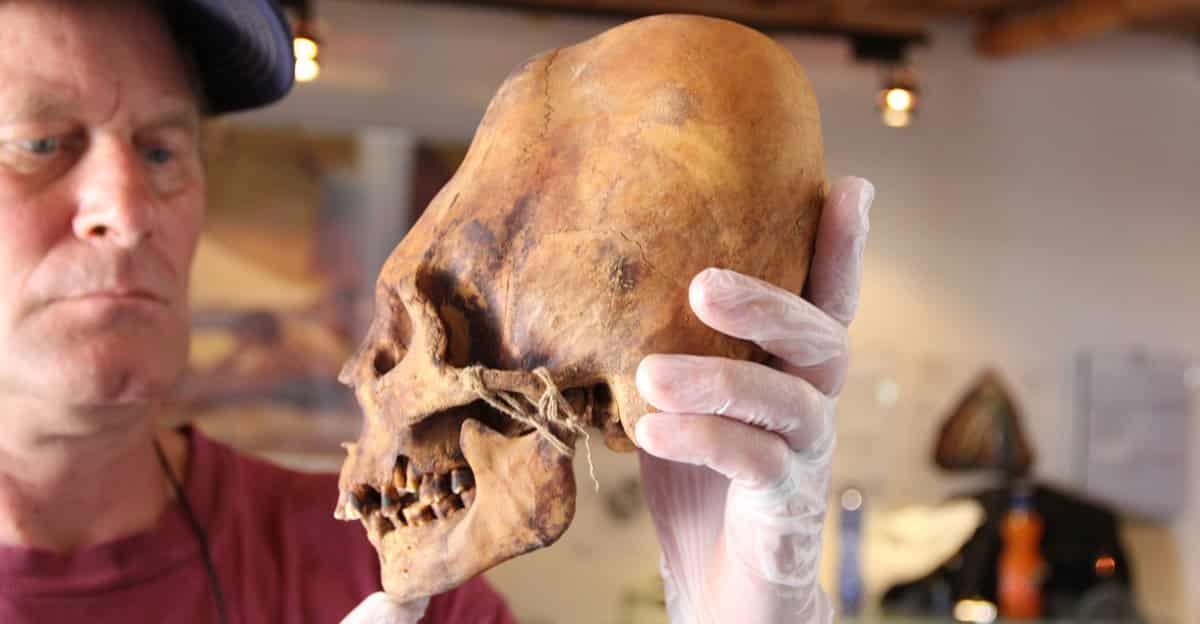 Initial DNA analysis of one of the 3,000-year-old elongated skulls found in Paracas, Peru, the most controversial human remains in history, has revealed that they may not have been come from humans but from a completely new species.

It had mtDNA (mitochondrial DNA) with mutations unknown in any human, primate, or animal known so far. But a few fragments I was able to sequence from this sample indicate that if these mutations will hold we are dealing with a new human-like creature, very distant from Homo sapiens, Neanderthals and Denisovans.

I am not sure it will even fit into the known evolutionary tree.

Watch the video for more details on the discovery and to know more about the Paracas people. You will truly be amazed. And it will leave you wondering where they came from?