A panda breeding center in China is now under scrutiny after a video showing keepers dragging and throwing cubs on the ground went viral.

The horrific video has sparked outrage among netizens as the poor panda cubs struggle while being abused by their caretakers. Two handlers were seen in a surveillance footage, mistreating the giant panda cubs. They were even seen slamming the cubs into a wall in the enclosure, dragging the poor animals by their scruff and throwing them head first into the ground.

The panda keepers were caught on surveillance dragging and slamming the cubs. 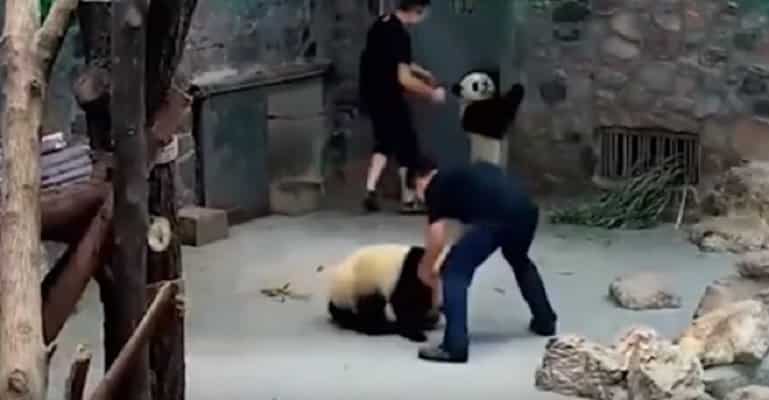 Guo Jingpeng, who is an employee at the Chengdu Research Base of Giant Panda Breeding, was caught mistreating two baby pandas. He was with a co-worker during the incident.

They had a hard time keeping the cubs in the enclosure. 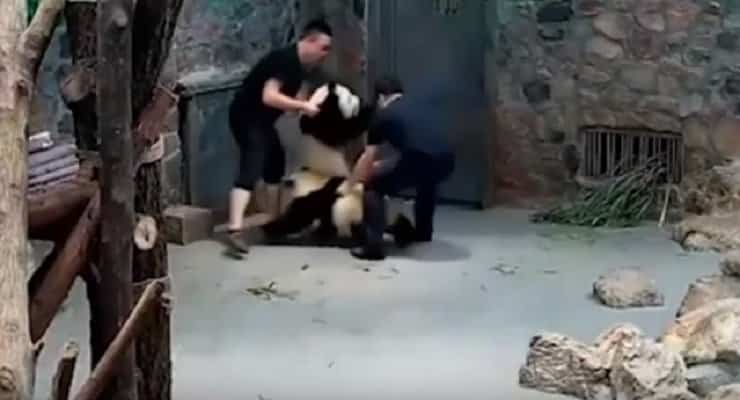 The Chengdu Research Base of Giant Panda Breeding, China’s central panda breeding site, released a statement saying that the actions of the handlers were inappropriate. The management added that they would tell their employees to treat the animals properly and gently, BBC reports.

Are their actions understandable? Check the full video below. 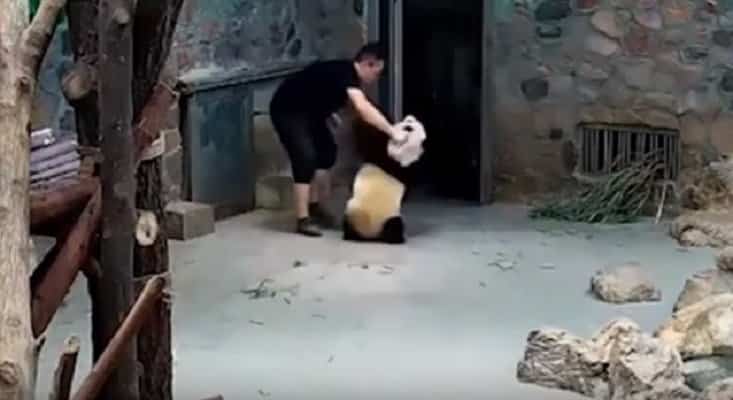 Meanwhile, Jingpeng said that the public does not realize that pandas can be dangerous too, Business Insider reports. He defended himself saying that even the cubs are stronger and more dangerous. The worker claimed that one of the cubs bit him during feeding and his hand started to bleed. In defense, he pushed one of the cubs because it tried to bite him again.

The management of the breeding site also said that the panda cubs acted excitedly that night and when one of them needed to be separated for a medical check-up the next day, the others wanted to follow. The keepers had a difficult time keeping the baby pandas in the enclosure, so they tried to drag the cubs by force. All of the bear keepers were injured during the incident.

However, despite the explanation of the panda keeper and the institution, many people still believe that the workers have been too rude and cruel to one of the most loved animals on the planet.

What do you think of the video? Are the keepers’ actions understandable? Share your thoughts in the comments section below.