Unless you’re a hardcore creationist, you already know that our solar system is billions of years old. Back then, roughly 4.6 billion years ago, there was no life on earth yet. Instead, our planet was a huge mass of gasses and non-living substances. But then scientists started to wonder when the first signs of life emerged on earth. Now we have an answer…

Scientists investigating the Nuvvuagittuq Greenstone Belt in Northern Quebec discovered banded rock formations, which suggest the existence of life. These rock formations are red or white layers that were formed because of organisms reacting with dissolved iron in the water that covered the planet.

This is the Nuvvuagittuq Greenstone Belt in Northern Quebec.

As it turns out, this suggests that between 3.8 and 4.3 billion years ago, there may have already been life on Earth. Despite scientists previously believing that the Earth was a truly inhospitable place for life at that age, this new discovery shows that the molten lava lakes covering the Earth may have been called home to some of the earliest known life forms.

This is what the surface of the Earth may have looked like during its younger years. 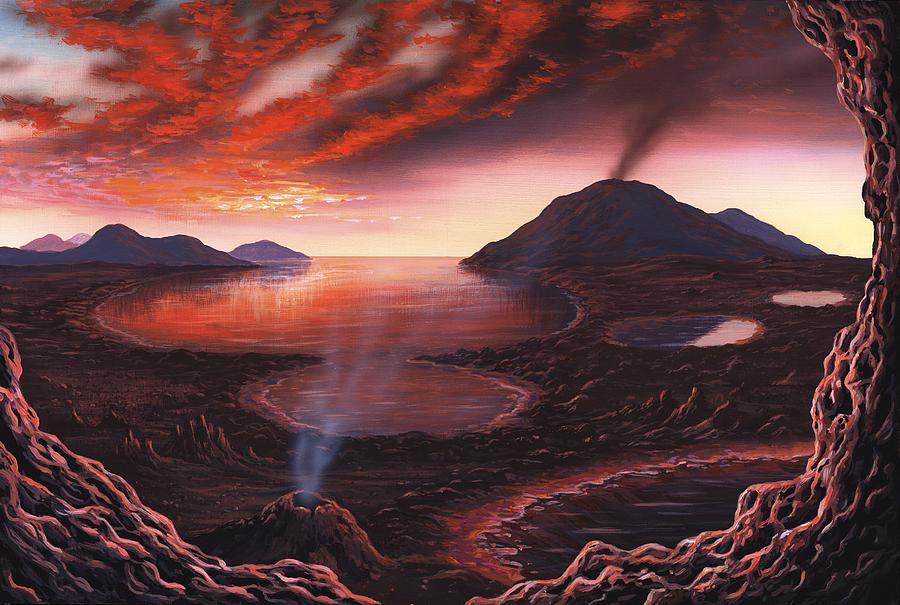 Source: Formation Of The Earth, Artwork by Richard Bizley

According to Jonathan O’Neill, assistant professor at the University of Ottawa’s Department of Earth and Environmental Sciences,

Very quickly after its formation, the Earth became closer to what it is today. We already have evidence of water at the surface of the Earth by about 4.3 billion years ago.

And within that water and the thermal activity below it, the Earth’s first microorganisms may have already begun to flourish.

O’Neill goes on to say,

There’s a lot of hot water circulating through these rocks that are full of elements, full of minerals … we think this is the ideal environment where life could have started on Earth. You have the perfect conditions for life to start.

This process still continues on in the deepest parts of our oceans. And the rocks found in Quebec reveal tiny tubular structures of the iron oxide hematite, one of the most common minerals on Earth. These structures are extremely similar to those found at thermal vents today.

These thermal vents may have sustained the first signs of life on Earth. 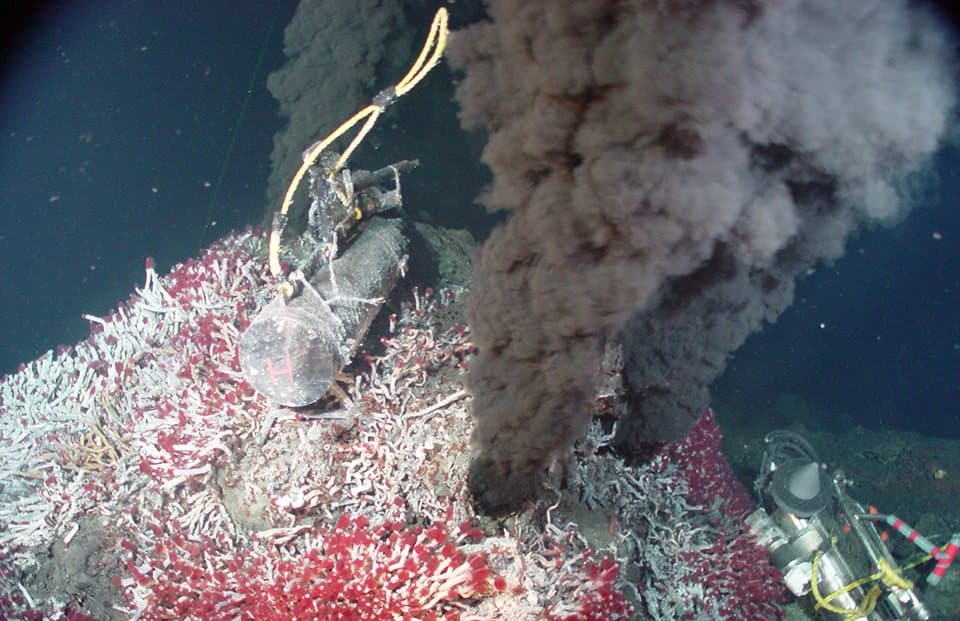 Michael Dodd of University College London and first author of the paper published in Nature says,

These discoveries demonstrate life developed on Earth at a time when Mars and Earth had liquid water at their surfaces, posing exciting questions for extra-terrestrial life… Therefore, we expect to find evidence for past life on Mars 4,000 million years ago, or if not, Earth may have been a special exception.

This discovery may aid us in finding signs of life in other planets.