Experts believe that they have discovered the Earth’s oldest rock and funny as it may seem, they found it, not on our home planet, but on the moon! This discovery sparks imagination and new theories that could help us understand how the early Earth was formed.

NASA has sent several missions on the moon. Astronauts in these missions were given the task to take samples of rocks and whatever they can find on the moon for earthlings to study. One of these expeditions was the 1971 Apollo 14 where astronauts were able to collect the rock in limelight right now.

Scientists believe that they may have found the first evidence of terrestrial meteorite ever. 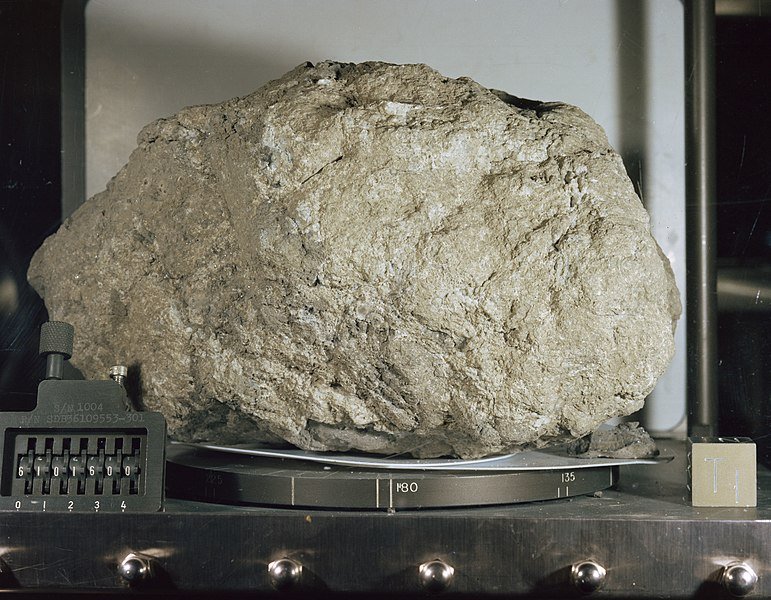 The rock, which weighs approximately two grams, was placed under the study by a team of scientists. In the said study, published in the journal Earth and Planetary Science Letters, the experts used modern technology to break down the details of its origin, composition and age, among many others.

The rock was said to be made from feldspar, quartz and a small amount of zircon. Such material is referred to as a kind of feldspar, which is very similar to granite. As we know, granite is the type of rock that creates continents. The scientific team thinks that it was made through plate tectonics – a process similar to how our Earth moves. But why the moon?

The study suggests that the rock originated from the Earth some four billion years ago and the best explanation for its placement on the moon? It was displaced there from Earth. Simple.

The rock shows temperature, oxidation and pressure, which the moon is not known for. 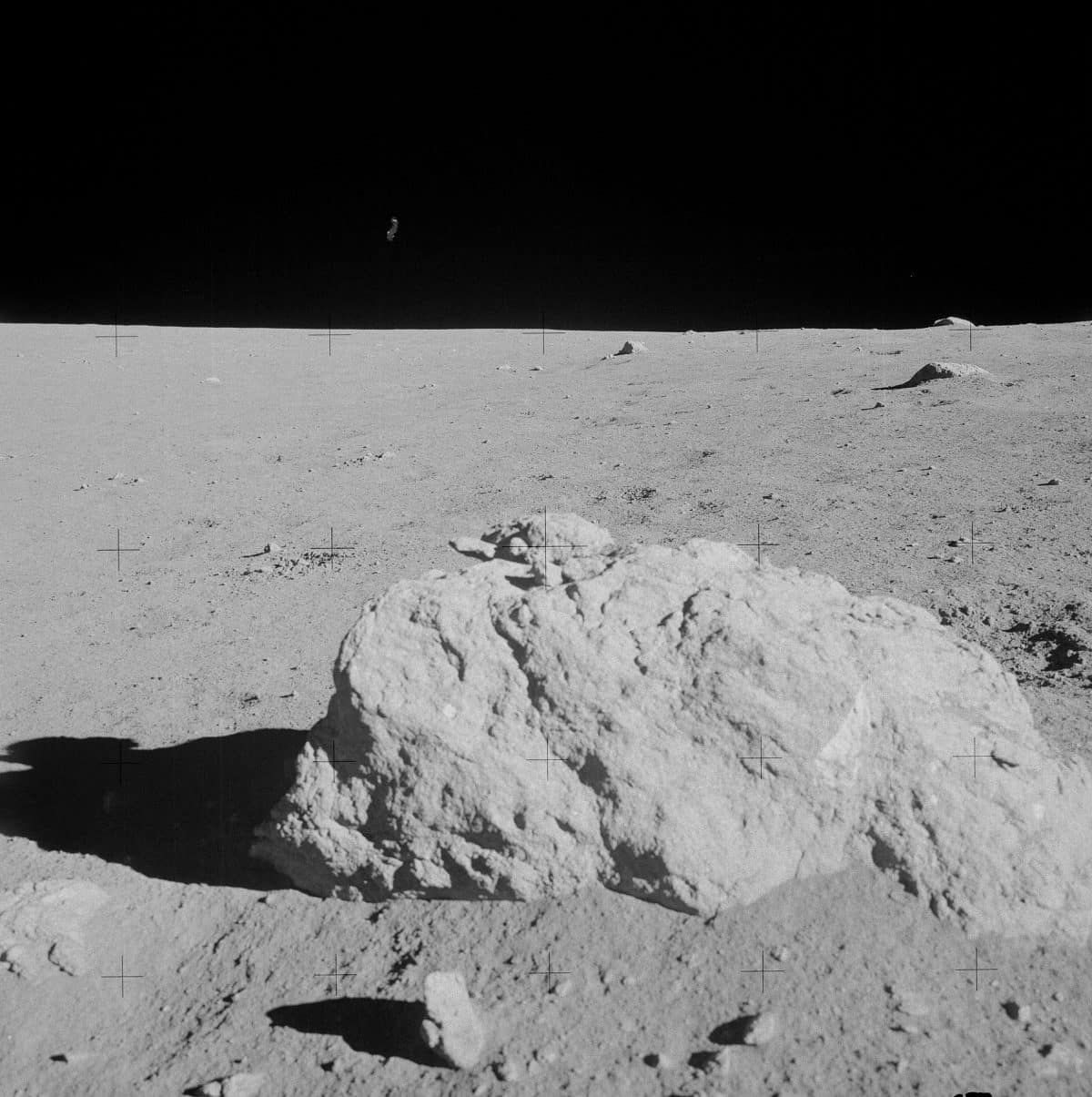 Withstanding The Test OF Time (And Several Impactful Launches)

Many things happened to the solar system and in the outer space in a span of a billion years. This include meteor crashes, formation of new celestial materials, inexplicable activity of gases, etc. This is the reason why scientists have a strong stand on how possible this Earth-originating rock has found itself on the moon.

“It was confirmation that we had something granitic and that we had large enough impact events to launch things from the Earth,” says co-author David A. Kring, principal investigator at the Center for Lunar Science and Exploration at the Lunar and Planetary Institute. “It’s amazing that the rock survived.”

Because the rock was found to be crystallized, experts think that the Earth’s condition from 20 kilometers down the surface 4.1 billion years ago has got something to do with it.

The scientist are also amazed at how this rock was able to survive after so many years, and we are talking billions of years.

There was a widespread solar system blast that happened around the sun while the moon and planets were forming. This period was believed to have caused the Earth to dismantle into debris.

During the early years of the Earth, numerous giant materials like comets and asteroids crashed into it, sending the mighty rock somewhere in space. Scientists think it has found its way to the moon and stayed there even after a huge blast happened to the moon some 3.9 billion years ago, partially melting it and burying it on the surface. As per investigation, it is believed to have moved approximately 200 kilometers when another impactful event happened after. Finally (yes this is the last), about 26 million years ago, an asteroid blasted to the moon, forming a Cone Crater, 420 meters in diameter, reintroducing the rock to the surface once again and that’s how the astronauts found it. Whew!

Clearer Picture Of The Early Earth

“It’s totally feasible, and there’ve been a few papers over the last several decades that this is possible, and this particular one, they definitely present some convincing evidence,” he says. He hopes that this will encourage more research teams to look at the other samples collected during the Apollo missions. 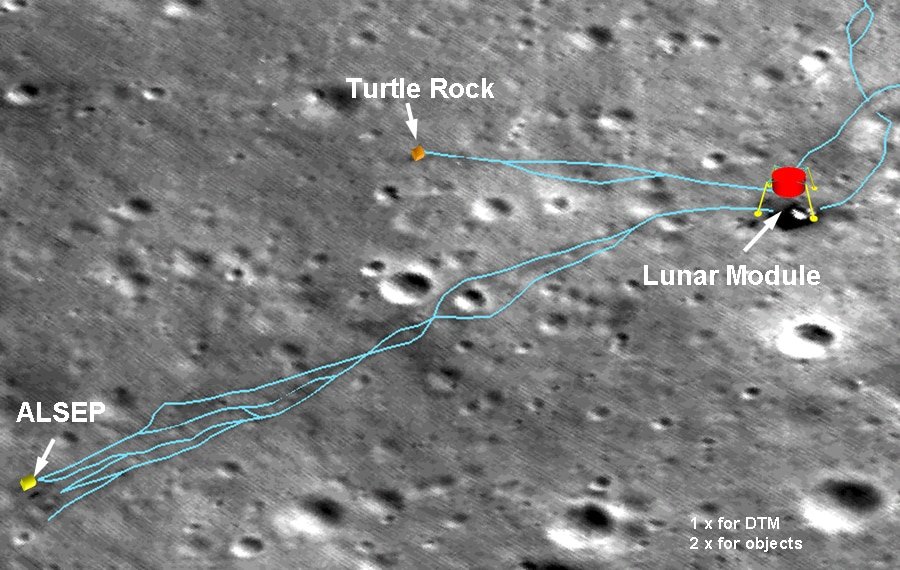 Finding old rocks like this is said to play a very important role in discovering how the Earth really transformed in its early years.

David A. Kring, co-author of the study, says more rock samples, the better. He thinks everyone is interested in finding out the origin of our planet, and for now, the best way to do that is to look at the moon.