There’s nothing scarier than not being able to see your surroundings. You wouldn’t know where you are, who’s behind you, and how far or near are you to your destination. These dilemmas were captured perfectly in Netflix’s new apocalyptic thriller “Bird Box.”

The general concept is that victims see their greatest fears if they open their eyes, causing them to end their lives. Aside from the creepy story, many people have also been praising the performance of Sandra Bullock.

The “Bird Box” is a post-apocalyptic horror thriller film. People who opened their eyes eventually go crazy and commit suic ide. Those who were lucky enough to survive the outbreak soon figured out that they should wear blindfolds in order to make it through. The film’s synopsis explains that “When a mysterious force decimates the world’s population, only one thing is certain: if you see it, you take your life.”

After watching the flick, netizens rushed to social media to voice their opinions.

“Watching #BirdBox and my gay heart is so pleased to see Sarah Paulson and Sandra Bullock back on screen together! The chemistry is! This movie is so refreshingly good! It was a thrill and a hoot!”

“I just watched #birdbox. Damn that was pretty fudgeeo’d up and Sandra Bullock was amazing. I don’t want to give anything away so I’ll leave it at that.” 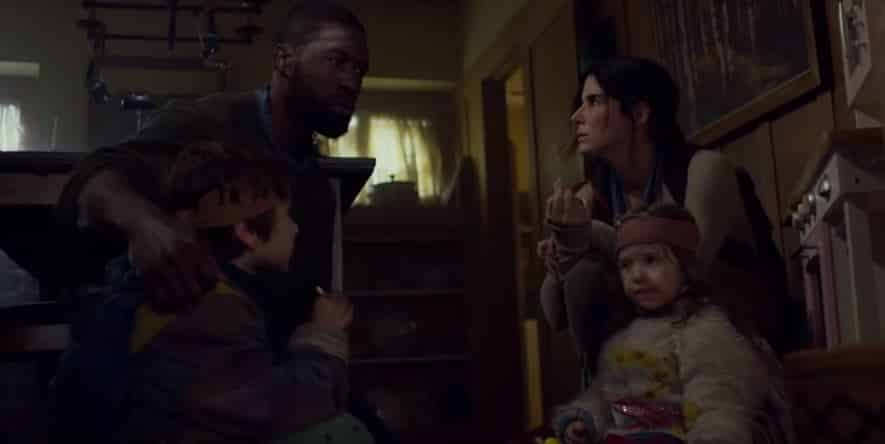 “They were wearing blindfolds, and Sandra Bullock was hitting trees, hitting the cameras and, at one point, getting a proper wound. But she had trained with somebody who teaches blind people how to navigate – how to, through sound, figure out distances – so she had training in how to move around without looking.”

“Bird Box,” which is based on a novel, also stars Sarah Paulson, John Malkovich, and Trevante Rhodes.