There’s a mystery going on in Thailand, and it’s all about a tree that bears strange fruits. How strange? The trees seem to be bearing fruits in the shape of anatomically correct women!

The Nariphon is a tree in Buddhist mythology that bears fruit in the shape of demure women with their heads attached to the tree branches. It grows in the Himaphan, a mythical forest where Gandharvas or heavenly beings cut the fruits and take them home.

Buddhist mythology tells the story of the God Indra creating a pavillion where Vessantara Jataka (one of the most popular apadānas of Theravada Buddhism), his wife Maddi, and two children live. However, whenever Vessantara’s wife would collect fruits in the forest, she was in danger of being attached by hermits or Yogis. In response, Indra created 12 Nariphon trees, which bore fruits in the image of Vessantara’s wife. 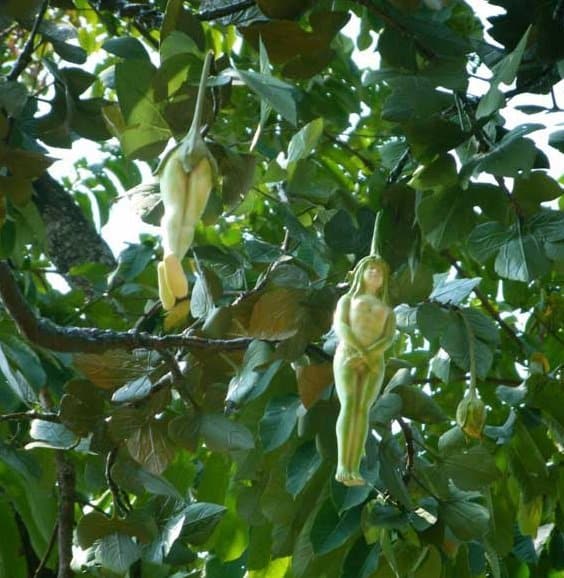 The men would then take these fruits and make love to them, after which they’d fall asleep for four months and lose their powers. According to Thai folklore, the trees still bear this strange fruit long after Vessantara and his family have died.

The sacred tree bears fruit in the shape of anatomically correct women. 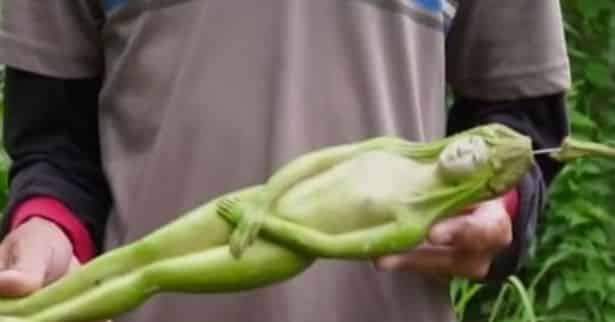 At present, there are said to be Nariphon pods in Luang Pho Jarun at Wat Ampawan in the Singburi Buddhist temple near Bangkok.

So what do you think? Are the strange fruits of the Nariphon tree a gift from the god Indra, or is it an effort to make these trees seem more mystical than they really are?