A Muslim 9th grader living in Texas, 14-year-old teenager Ahmed Mohamed was detained because he brought a clock he had built from scratch to school, and his teachers thought it was a bomb.

Hoping to impress his new teacher at MacArthur High, the little whiz, who dreamed of becoming an engineer, proudly showed to his engineering teacher the digital clock he’d made from a pencil case. Instead of being proud of this student’s skills, the school called police and he was arrested.

This ain't a bomb. 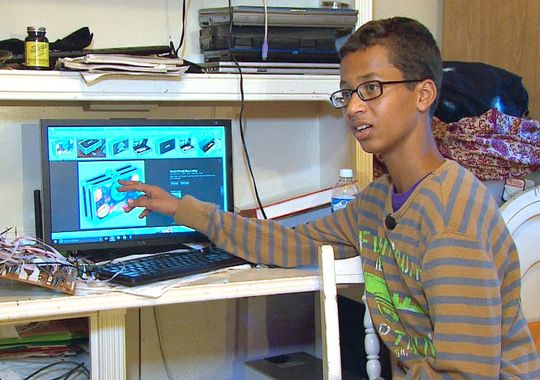 “I built a clock to impress my teacher but when I showed it to her, she thought it was a threat to her,” Ahmed told reporters. “It was really sad that she took the wrong impression of it.”

The Muslim genius was removed from his sixth class and was transferred to taken to a private room where the principal and five police officers are waiting. Inside the room, Ahmed Mohamed heard one officer said, “Yup. That’s who I thought it was.” 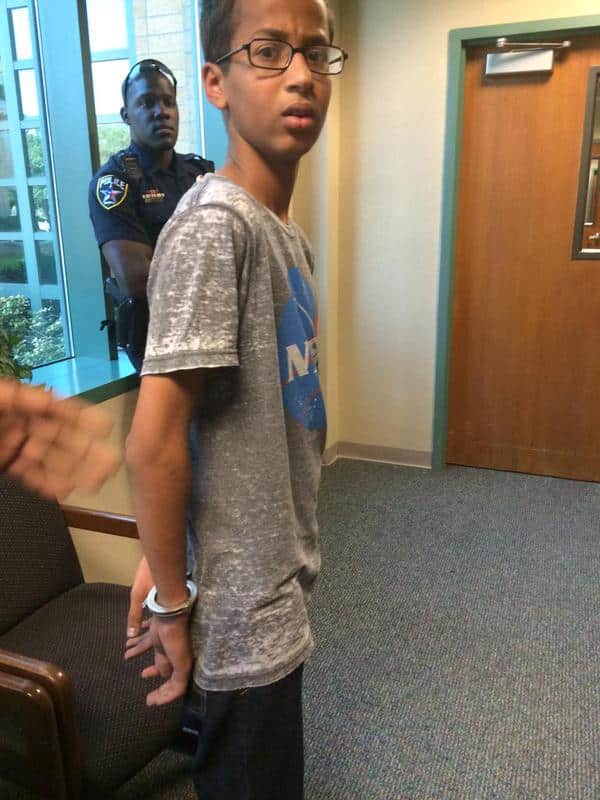 Without an official warrant, the police searched through the Texas teenager’s things. They all questioned him, and the principal threatened to dismiss him from the school if he won’t make a written statement about what he did.

Despite the absence of a solid proof that what he brought to school was a bomb, the Muslim engineering whiz was kept in a juvenile detention facility for a while until things got resolved.
The case is still under investigation and the police said that they might still charge the boy for bringing a hoax bomb.

The Muslim genius showing his design. 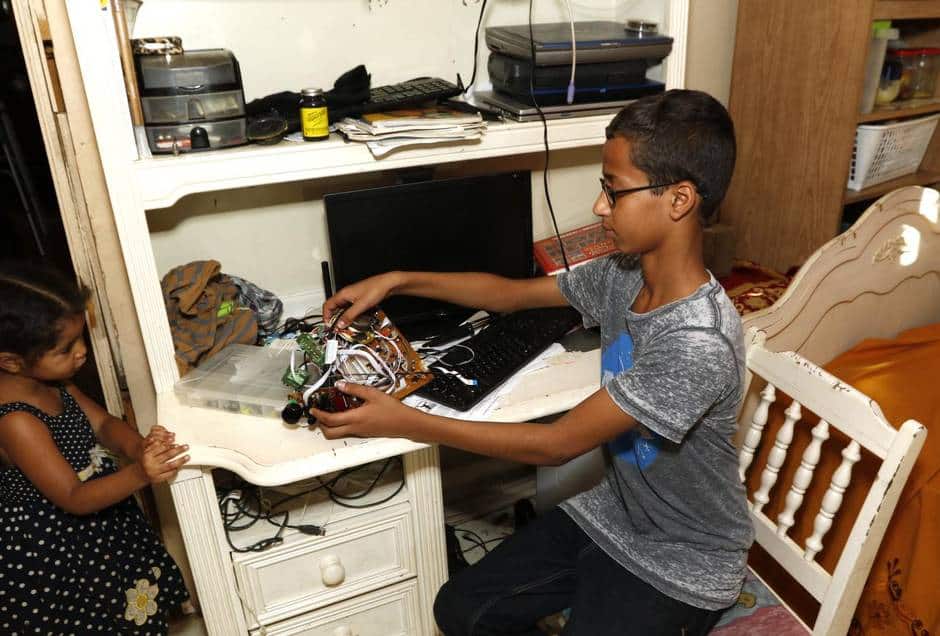 Founder of Facebook Mark Zuckerberg showed his support for the boy by posting a status that encourages the boy to keep on building on his timeline.

You’ve probably seen the story about Ahmed, the 14 year old student in Texas who built a clock and was arrested when he took it to school. Having the skill and ambition to build something cool should lead to applause, not arrest. The future belongs to people like Ahmed. Ahmed, if you ever want to come by Facebook, I’d love to meet you. Keep building.
— Mark Zuckerberg

How did a bunch of complete idiots end up accidentally running a school? Were you all yanked out of a zoo and given paychecks? Learning centers are for teaching… not for ruining innocent people’s lives with your racism and pathetic stupidity! This kid is destined to be something great if the dimwits of Irving don’t ruin him first.
— Kevin McKinney

President Obama invited the boy to bring the “hoax bomb” he made at home in the White House. 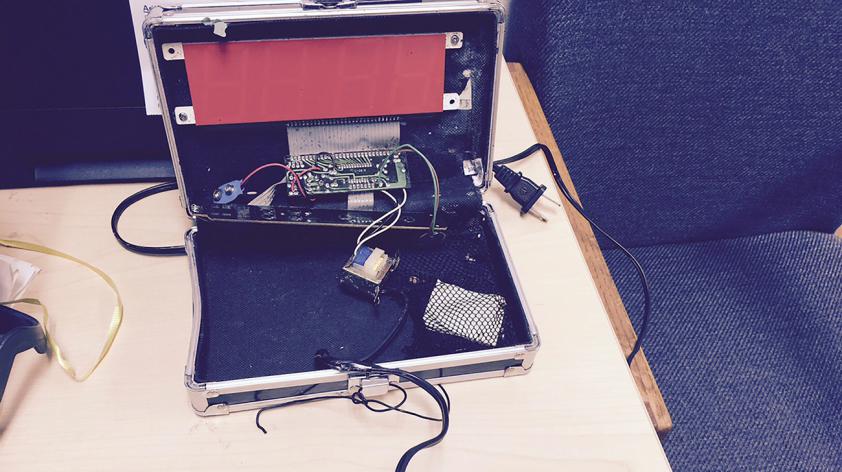 Cool clock, Ahmed. Want to bring it to the White House? We should inspire more kids like you to like science. It's what makes America great.

Amhed’s father said his son has never been in trouble and that this is just another case of Islamophobia.

My son’s name is Mohamed — people just think Muslims are terrorists but we are peaceful, we are not that way. My son is a very brilliant boy. We need people like him in this country. We live in the land of opportunity to grow and help and the people who did this to my son, they do not see him that way. My son said over and over that this was an alarm clock and my son only brought it to school to ask for help from his teachers, to show that he can do this amazing thing and maybe get appreciation and to show him (he can become) something bigger in the world — an inventor.

Watch the Ahmed Mohamed explain what happened in the video below.