Do you love skiing, but hate the coldness of snow and winter? Monte Kaolino is the perfect spot for you. Here you can ski directly on the sand or slide down the hill with your sand board. Unlike other ski hills, it only opens in summer. You can even ski in your swimwear if you want to!

You can find Monte Kaolino, a 120 meter high man-made hill made from roughly 35 million tons of kaolin-quartz sand, in the outskirts of the city of Hirschau, southeast Germany. It attracts many German and American thrill-seekers during summer and is home to the Sandboarding World Championships.

This unique ski hill only opens during the summer. 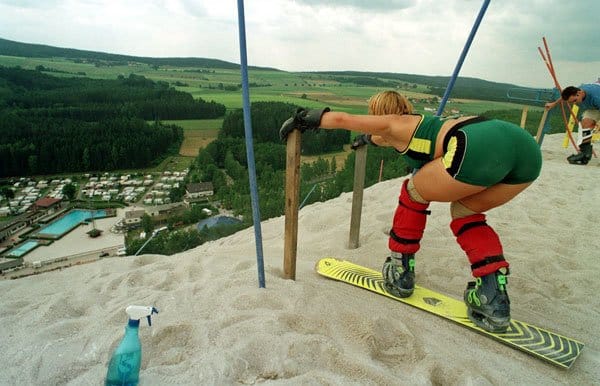 Monte Kaolino rises up to 120 meters. 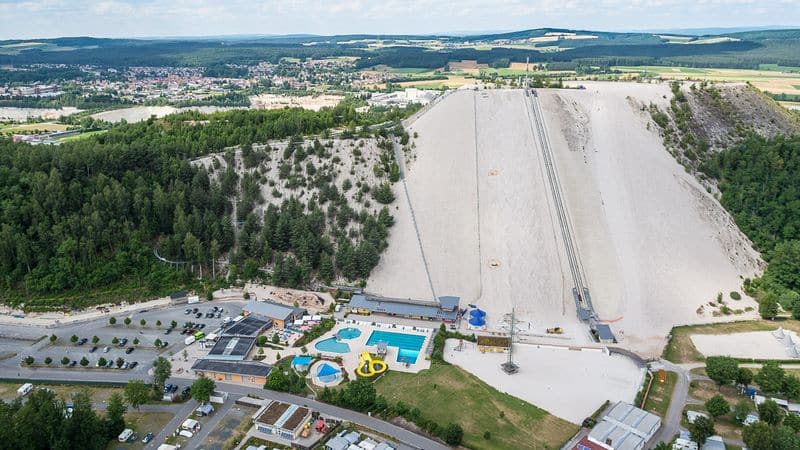 This tourist attraction did not appear overnight. In fact, it took 183 years to form. The seemingly useless unused deposits from mining became a profitable and world-famous destination.

It is made up of piled sand quartz left over from Kaolin mining. 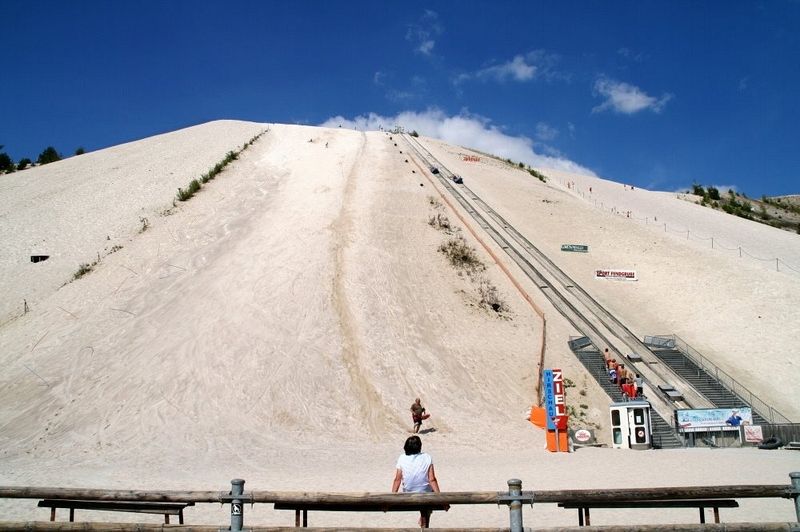 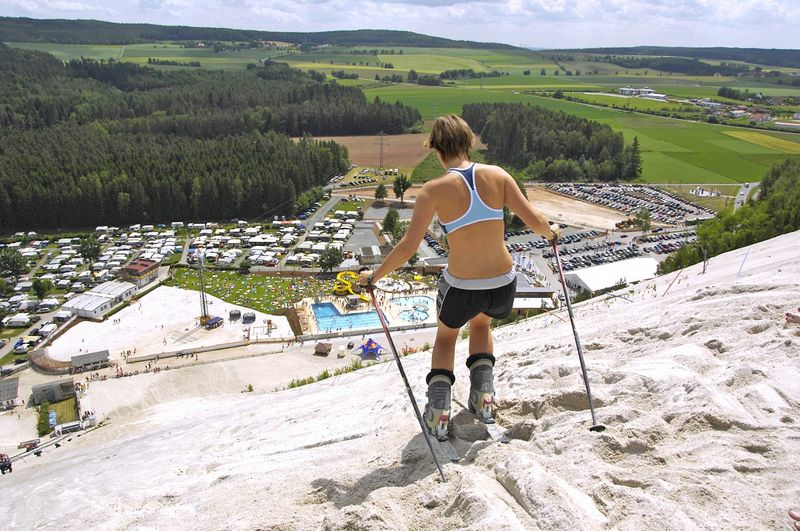 In 1833, mining of kaolin began in Monte Kaolino. Kaolin or china clay is one of the most common minerals, a clay-like layered silicate used in ceramics, medicine, food additives, and toothpaste.

While mining kaolin, a huge by-product of quartz accumulated over the years. Miners tossed aside the leftover sand quartz which grew into a hill by 1950s.

This 1,000-meter coaster zooms down the sandy slope. 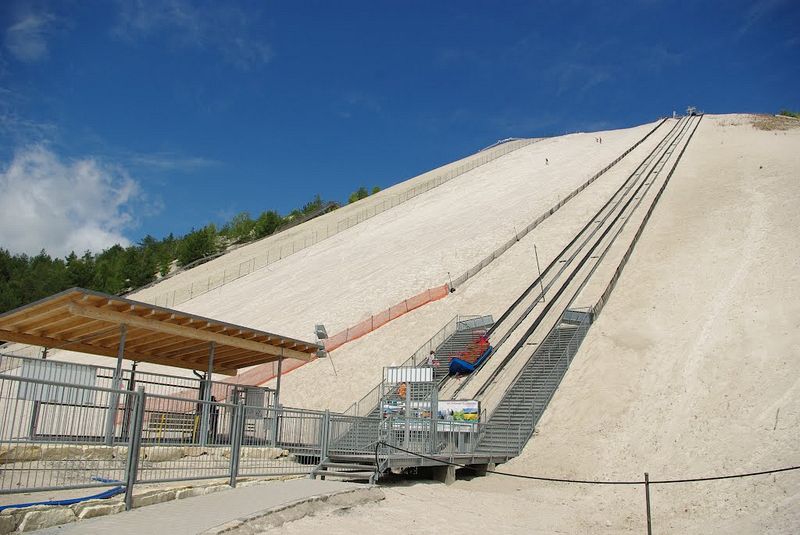 A group of people who started skiing on the sandy slopes formed a ski club in 1956. Upon discovering this, local entrepreneur Dobmeyer-Hans turned the hill into an amusement park.

In 1950’s, a local skier discovered this place as a perfect skiing spot. 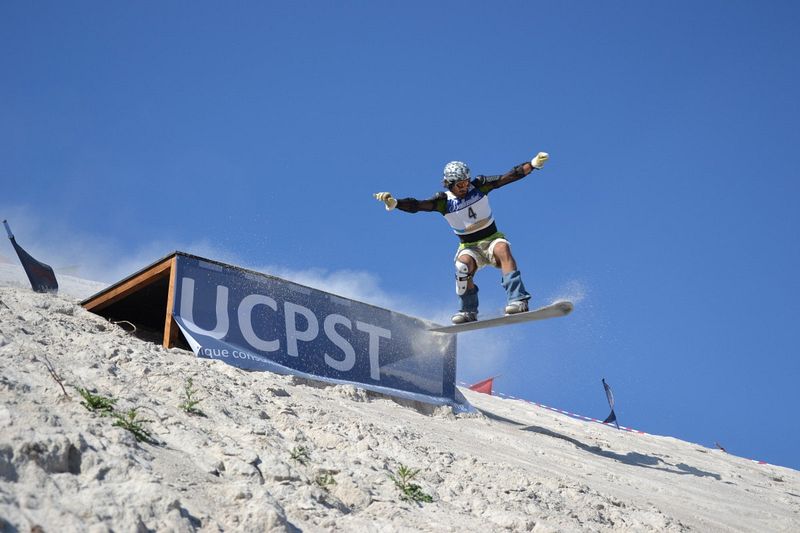 Today, it has a well maintained facilities for swimming, including a 50-m water slide. It also has a 200-meter long cable car with boat-shaped wagon called ‘Monte Kaolino Railway’ and a 1,000-meter Alpine-Coaster that zooms rider down the sandy slope. 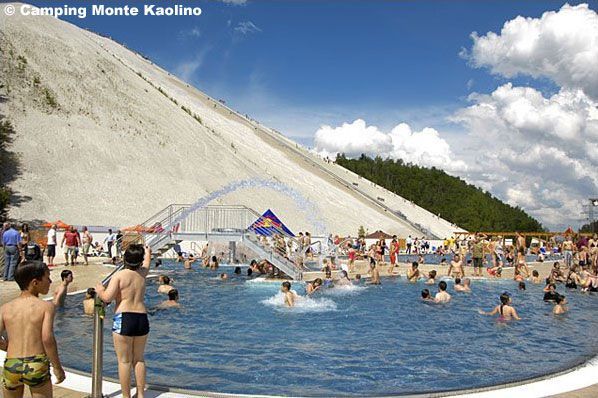 Tourists can be track-lifted to the top of the mountain or choose to climb it themselves. The summit offers an astounding view of the region and nearby mining operations.