We’ve come really far in robotics technology. Just in case you still doubt that, all you have to do is to watch the video below.

This short footage shows six small but extra-strong robots pulling a car that weighs about 1,800 kilograms. Even more amazing, the little bots collectively weigh less than an apple at 100 grams.

According to David Christensen, a mechanical engineering doctoral candidate at California’s Stanford University and one of the project’s designers, the bots “use a synthetic gecko adhesive that is turned on when a shear force is applied, and then turned off as soon as it released. They basically lock onto the surface when they want to, but are never actually stuck.”

Using synthetic gecko adhesive feet, the microtugs are able to ‘lock onto a surface’ without getting stuck. 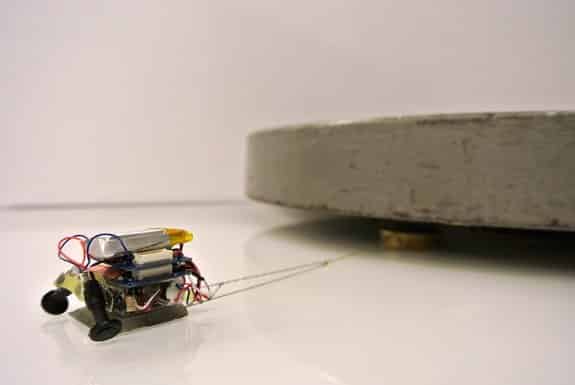 Called the “μ-tugs” (pronounced MicroTugs), each of these tiny robots can apply 14 lbs. of shear force when operating at peak. The idea, of course, is to see what can several robots do when they work together – similar to ants who can lift heavy objects when they’re together.

Together, six of these microtugs can pull a 1,800-kilogram vehicle. 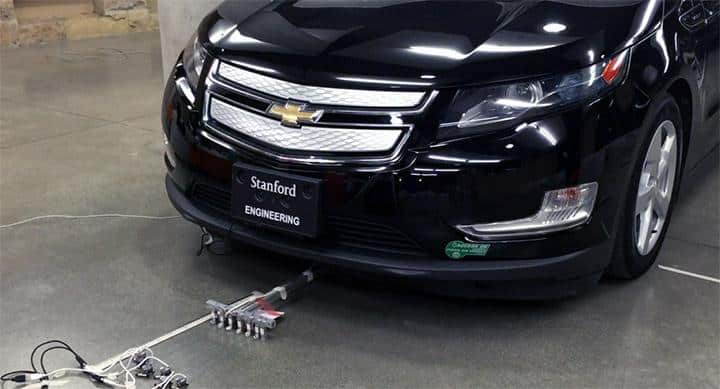 “The argument always seemed to go that ‘Sure, each robot can’t do a lot, but we can get a huge number of them, and then it will be amazing. We wanted to examine that idea, and it turns out there are some complexities depending on how the robots move.”

Currently, the team is working on exploring practical applications of the robots. Christensen said:

“Future versions of these kinds of robots could search rubble for survivors, find them and then, importantly, actually move big rubble out of the way and modify the world, not just act as mobile sensors.”