It’s sad whenever we hear stories about humans hurting animals too helpless to defend themselves. Most of these poor things do not have the capacity to protect themselves from heartless humans who have nothing better to do. But nature can hit back hard, which is exactly what happened to this man from Cass County, Texas who shot an armadillo that was wandering around his property.

One of the bullets bounced off the animal’s shell and hit the man in the jaw.

Not much details have been revealed regarding this bizarre incident that took place in Marietta, Texas. Based on a report by Washington Post, an unnamed homeowner allegedly fired his gun three times at an innocent armadillo that was minding its own business. Unfortunately, one of the bullets bounced off the animal’s protective shell and struck the man in his jaw.

What drove the man to shoot at the poor animal? The man told the authorities he had seen the animal previously on the highway, which — for unknown reasons — prompted him to draw his weapon and pull the trigger. The gunman sustained serious injuries and had to be airlifted to a nearby hospital, where doctors wired his jaw shut. The armadillo’s condition remains unknown.

Beware of its tough shell 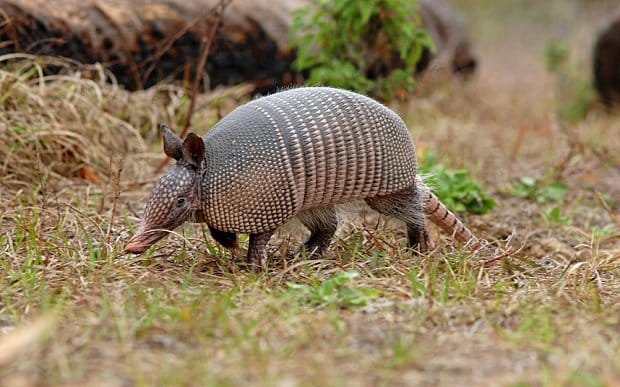 For those who don’t know a thing about armadillos, this mammal has bony plates covering its back, head, legs, and tail. Its tough shell serves as a protective armor, which certainly comes in handy when encountering adversaries, such as men with guns.

This is not the only instance in which the armadillo’s shell provided instant karma to the person who shot it. In April 2015, a man in Georgia released a bullet at an armadillo but the bullet “bounced off the animal, hit a fence, traveled through the back door of the mother-in-law’s mobile home and the recliner in which she was sitting, striking her in the back,” according to a report from The Guardian.

The 74-year-old mother-in-law, Carol Johnson, was sent to the hospital and got treatment for minor injuries described as non-life-threatening. He should be very thankful for that.

Here’s a video of the news report.