What are you capable of doing to promote your business? Do you think any business is worth going to the extremes just to boost sales?

Many entrepreneurs have actually tried almost all kinds of marketing strategies in order to promote their product or service. However, a guy from Canada did more than just that.

When Daniel Bora saw the Disney movie “Up”, he became inspired to try using balloons as a marketing strategy for his Calgary-based business.

Daniel tied 110 balloons to a lawn chair, expecting to land in Calgary Stampede, a rodeo show which is believed to be one of the largest in the world. 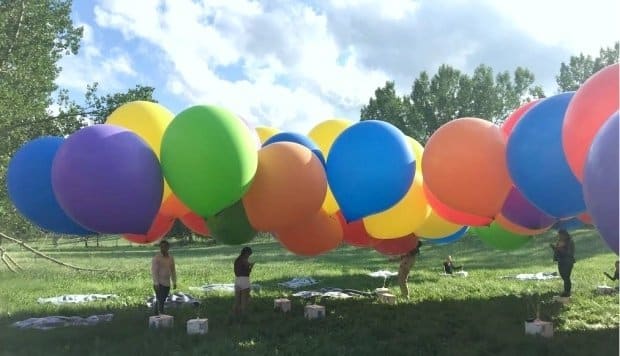 However, the result was not like the one in the movie. He actually ended up in an industrial area, nowhere near the Calgary Stampede.

How did he end up there?

Watch the video here and see for yourself.

Although the winds did not bring Daniel to the Calgary Stampede and he was arrested for mischief by the authorities,  he actually made news all around the globe for his stunt, which made noise for his business. He also said it’s “the most fun he’s ever had”.

So, would you dare do what Daniel did to promote your business? Leave a comment below.