Dead stuffed animals are popular. People preserve them to keep what’s left of them when they pass on, like if these were pets or a hunting prize, or for academic purposes.

However, it’s totally different in China. They stuff live animals, put them in plastic key chains, and eat them once they die!

Yes, you read that right.

Live animals like turtles, salamanders, fish and frogs are sealed in a plastic container and sold as key chains in China’s streets. 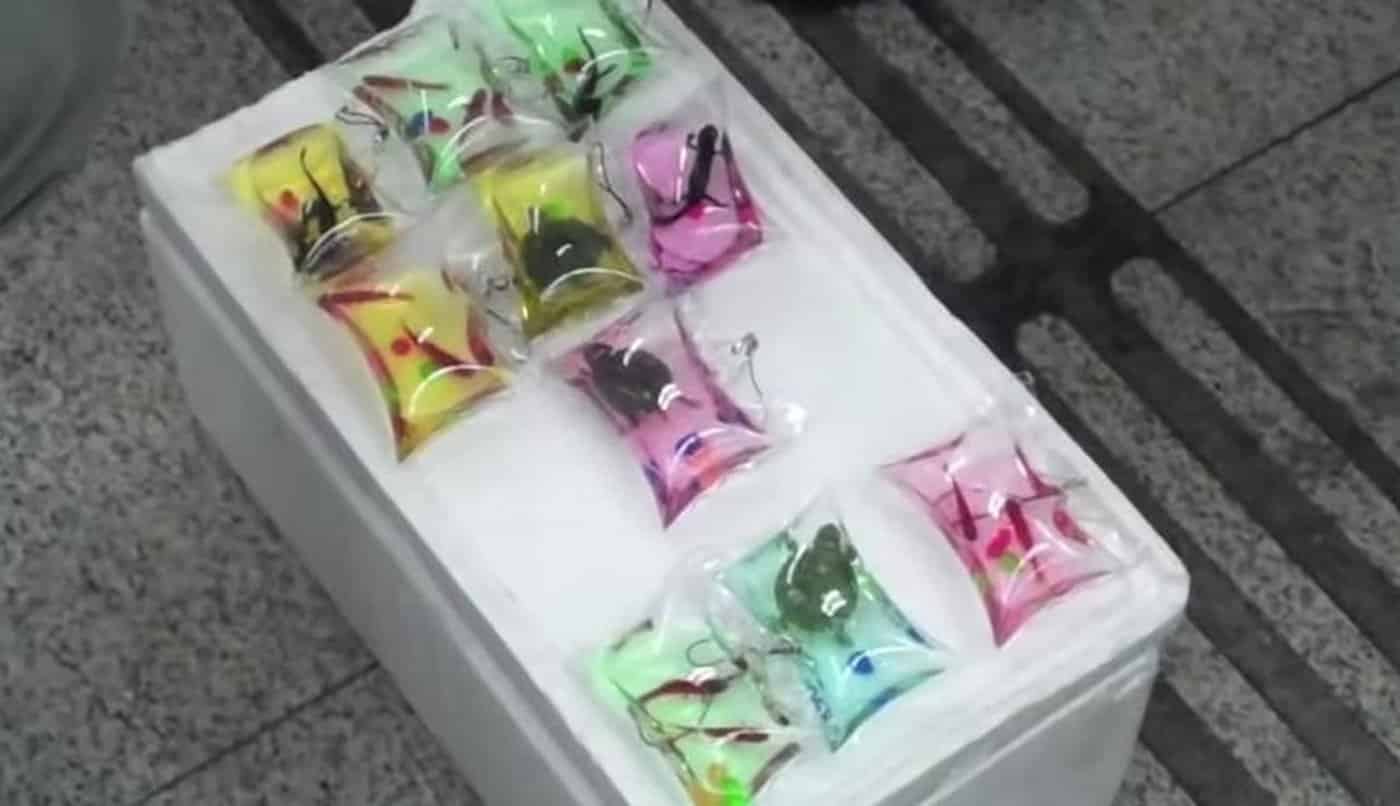 These live animals like turtles, fish and lizards are put inside sealed plastic with enough oxygen for them to survive for days or weeks. But they don’t usually live that long, these animal only last for days because of oxygen deprivation.

These keychains are said to have enough oxygen for these creatures to live for weeks. 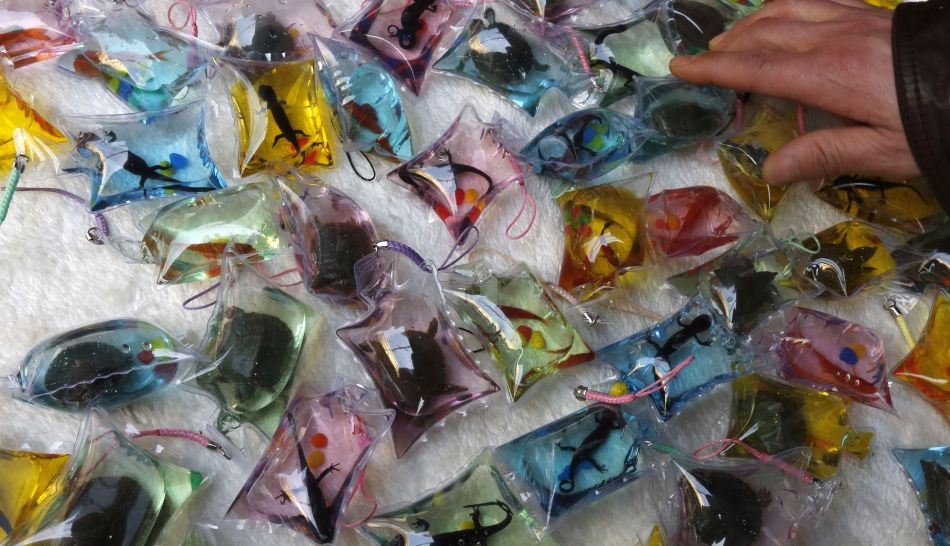 Why do they buy them? Some people say they hang them for good luck, others, just to make a fashion statement. Whatever reason they have, it still is sick!

They are believed to bring good luck to whoever hangs them 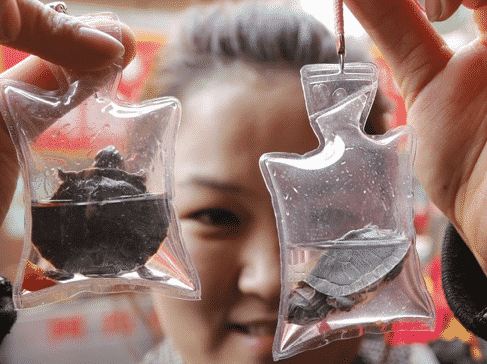 What’s even worse is that when these animals die, the sealed plastic is opened and they microwave the poor animals for them too eat! Could they be anymore sick?

Once they die, these plastic containers are opened and the poor creature is microwaved for them to eat. 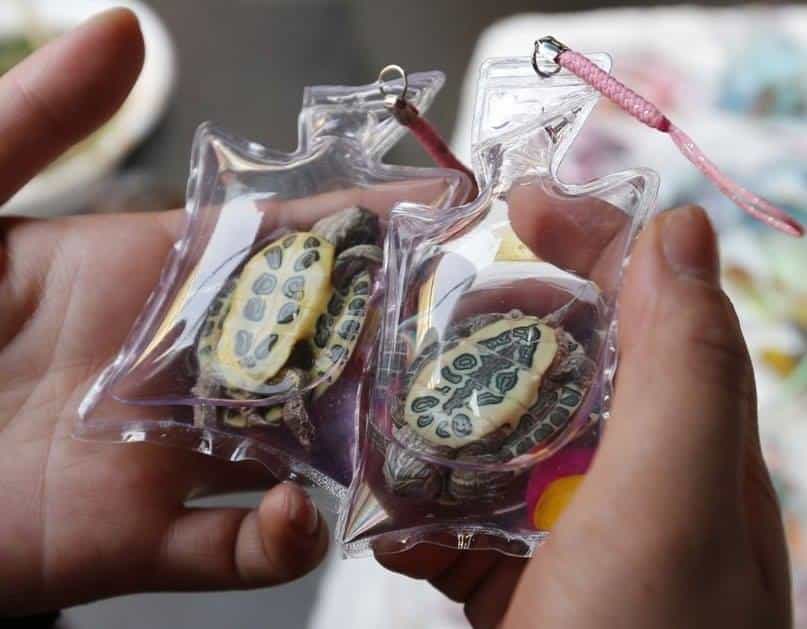 This practice has been making a buzz for many years now, and with China having no particular animal protection law, this may continue until the coming years.

Sad as it may seem, this practice has been going on for years. 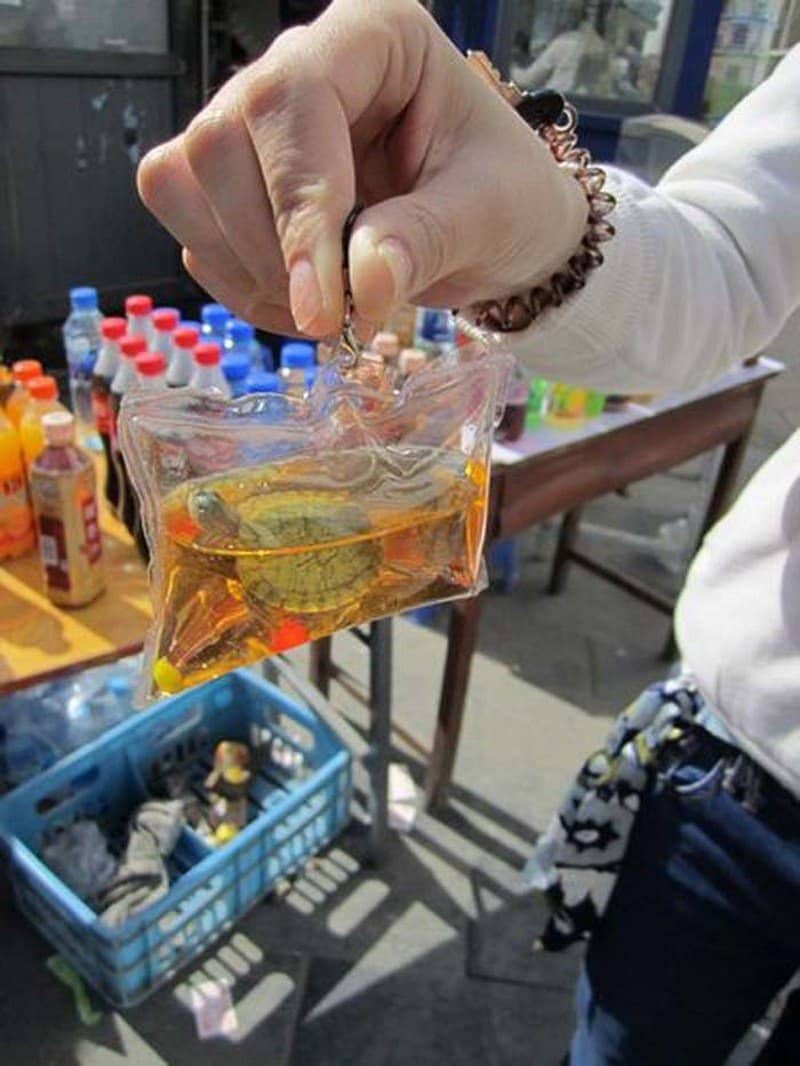 Poor little animals. How would these people feel if they were the ones stuffed inside these sealed plastic containers.