Caught on film, this scary moment shows us a zoo lion in Japan attempting to pounce a two-yer-old boy. Well fortunately, an enclosure glass wall was there to protect the child from certain harm.

As you can see on the video, the animal seemed to be sitting calmly when the toddler was looking at him. The moment the youngster turned his back, however, the big cat rose up and ran violently towards him. Without that glass, we do not doubt the poor boy would have been lion snack.

In Japan, this 2-year-old boy almost got pounced by the huge lion behind him. 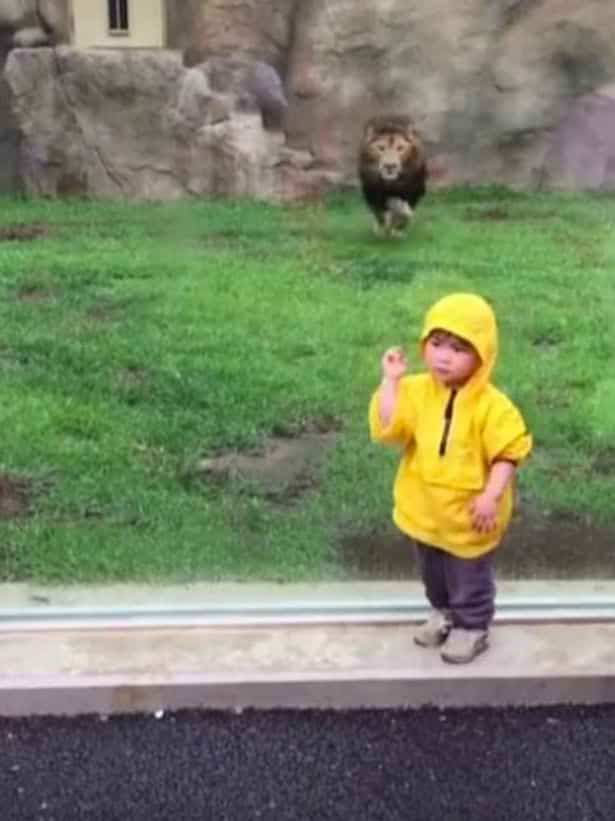 The boy can be seen jumping back, obviously scared of the impact of the attack – and the huge size of the lion. Besides, this is an animal that weighs 181kg so its really something you wouldn’t want to mess with.

Zoo keepers say the jump was never intended as an aggressive move – they say the lion probably wants to play with the boy.

However, Adam Roberts, a lion expert and chief executive of Born Free USA, disagrees with that.

In an interview, Roberts said:

“Lions are natural wild predators and the child in this video, especially when turning his back to the massive feline, becomes prey in the animal’s eyes.

“But luckily for the family, if the barrier had not held, the consequences could have been catastrophic.”

“Lions are natural wild predators.” and the boy is definitely “prey in the animal’s eyes,” said lion expert Adam Roberts. 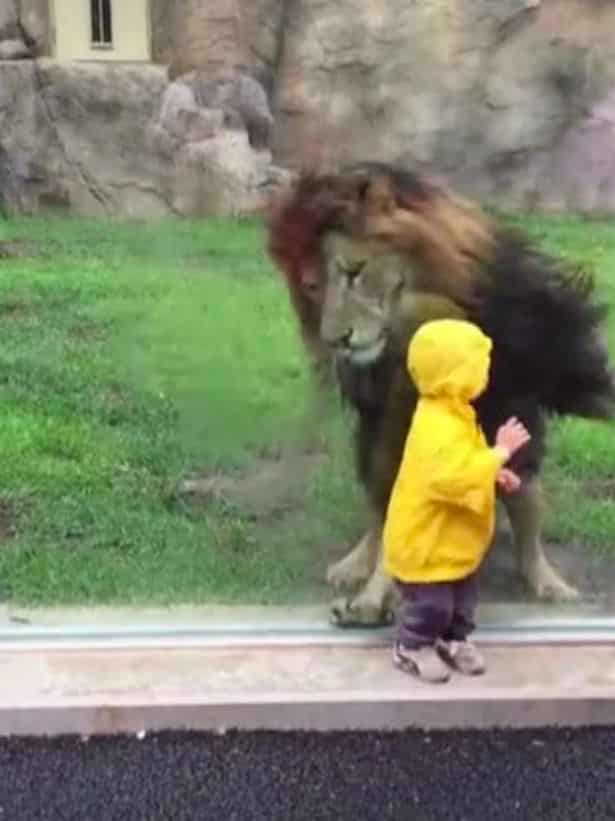 For all the parents out there, do keep an eye on your kids if you are planning to take them to the zoo – or wherever – for that matter.