A Tumblr account being run by a 16-year-old user is currently getting a lot of attention online. Aptly called ‘The Last Message Received,’ the page managed by Emily Trunko, a student at Ohio Virtual Academy, contains “submissions of the last messages people received from ex-friends or ex-significant others, as well as from deceased friends, significant others, and relatives.”

For this post, we’ll share with you a few entries from the site which truly broke our hearts – those ones that are from people’s departed loved ones. Read on and be sure to have a box of tissue within your reach. 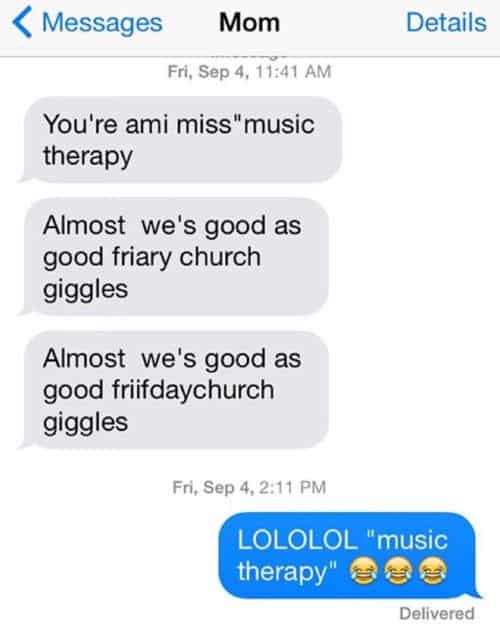 “This is the last text I got from my mum before she died of brain cancer at the age of 53. It left her completely paralyzed on the left side of her body, hence the typos in the texts

“What she was saying was, ‘You’re missing ‘music therapy’. Almost as good as Good Friday church giggles.’

“A few years prior, we went to a Good Friday service. The choir was absolutely horrendous – couldn’t sing whatsoever.

“She and I sat there, in the most somber church service of all unable to stop, laughing hysterically. She sent me this text while she was in hospice and I was at school. They give the patients there ‘music therapy’, which is basically just code for weird New Age people with singing bowls.

“She knew I’d laugh at that. At the time she sent me this, her brain had been rapidly fading. She never lost her crazy sense of humor, even during the end. This is probably the best last text I could’ve ever gotten.” 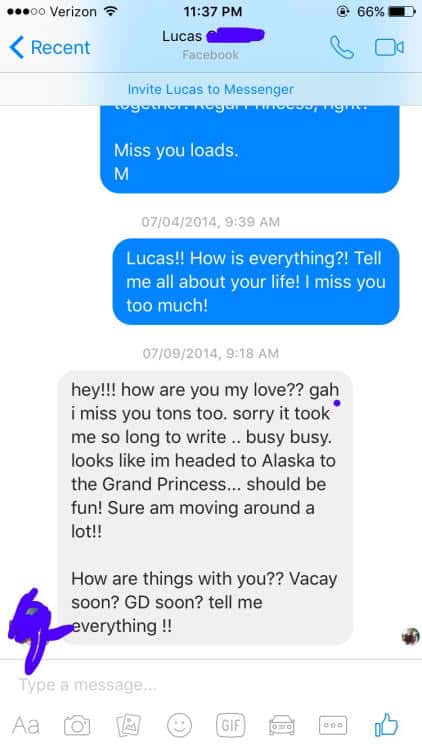 “I had met him six months before and fell in love with him. By the time I had realized it, he didn’t want me anymore so we stayed close friends.

“I had signed on to let him finally know I was in love with him only to read this and the next message from our good friend letting me know he had killed himself that day. Nothing will be the same again.” 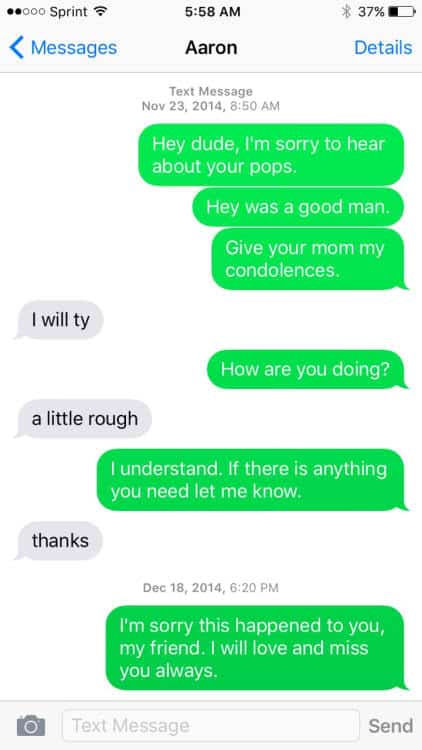 “My good friend’s dad died around Thanksgiving. Two weeks later he drank himself to death.” 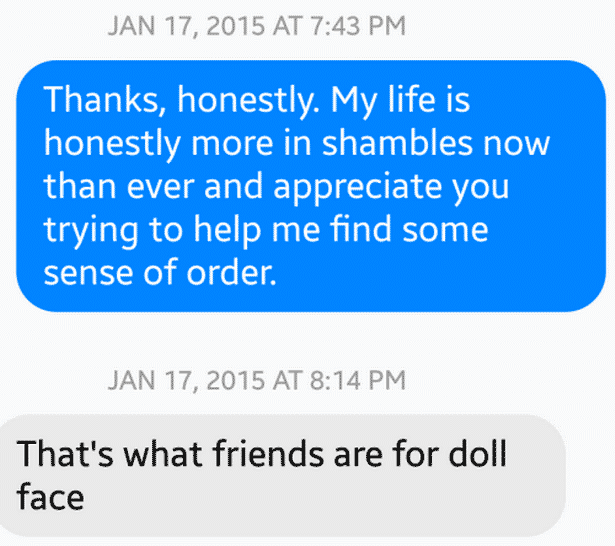 “Two days later I woke up to a call from her boyfriend that she’d committed suicide and my best friend was gone forever.

“I am haunted every day by the fact that I was too caught up in my own s**t to ask her if she was okay too.” 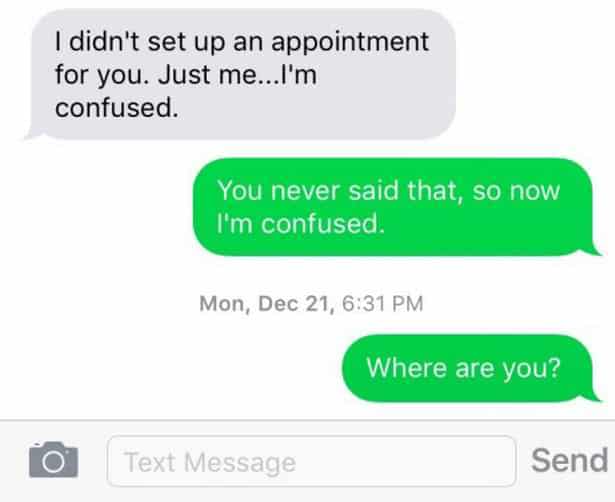 “I miss her so much, and life has kind of left a bitter taste in my mouth due to it. When the police came to tell us that she was gone, I remember bursting into tears and saying,’well, Merry Christmas,’ to my father.

“I miss her more than I care to admit.” 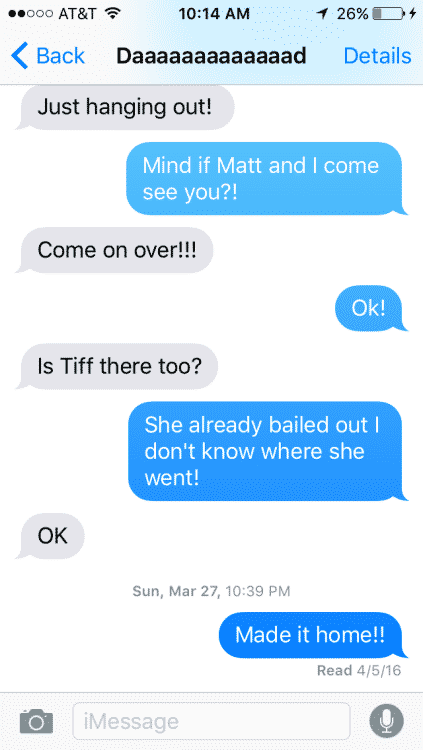 “My father just recently passed away from a vicious battle with lung cancer. I lived an hour and a half away and spent all my down time driving to him to spend time with him.

“And it will never feel like enough. He was my best friend and I just don’t know what to do anymore.” 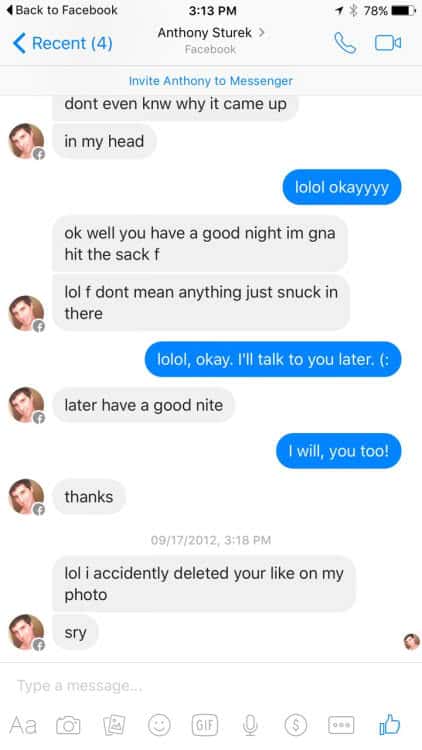 “Not too long after this, he was diagnosed with cancer. I was a terrible friend and didn’t know what to say to him, so I just…didn’t.

“He’s been gone for almost two and a half years now, and every time I make macaroni and cheese, I think of him and that he loved it so much, he was buried with a box. Fly high, man. We miss you.”

As we all go through our respective relationships in life, may we treasure every moment and every interaction. We can never tell which one may be the last conversation we’ll ever have with those we love.