We all have that useless skill that will never make it to our curriculum vitae. Be it rolling our tongue, eating a live chicken, or tightrope walking, these are just hidden ‘talents’ that may be utterly amazing and entertaining but have limited uses.

One good example is a certain skill that a certain Chinese man possesses. Meet Tong Junhai, a 44-year-old Kung Fu master who hails from the city of Xi’an in northwestern China. Junhai boasts of having iron lungs, with him being able to blow air into a flat tire using his, err, nose. 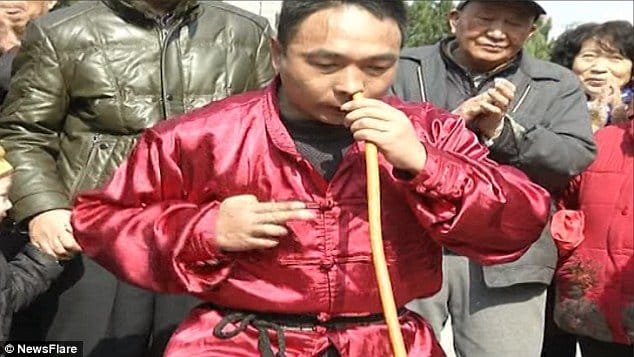 Yeah, that was not a typographical error. You read that right. Junhai can inflate a flat tire in a matter of minutes by blowing air into it using his nostrils. We know it’s something that isn’t easy to believe, so we’ll show you a clip of Junhai while doing the unbelievable act.

One onlooker was not convinced with the authenticity of Junhai’s act so he tried to do it, too, but using the mouth instead. The poor onlooker did not even last long.

He can blow air into a tire using his nose. 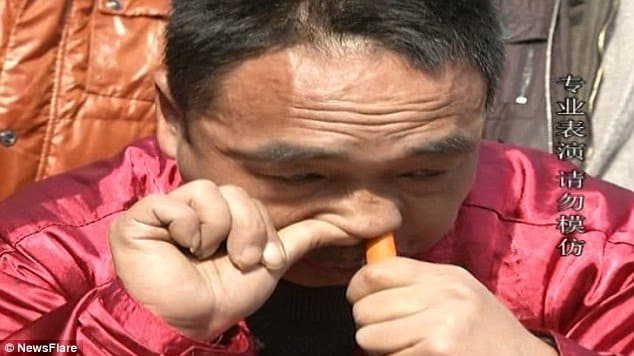 He blows air into a pipe that is connected to a tire. 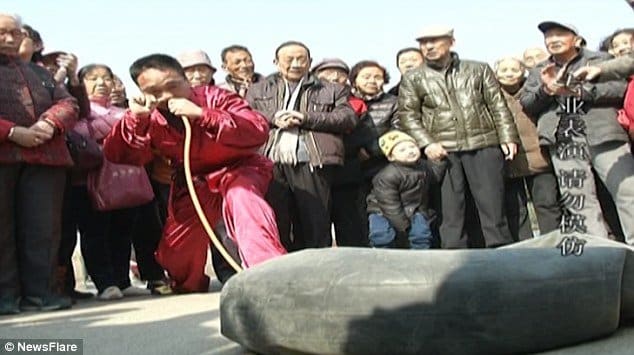 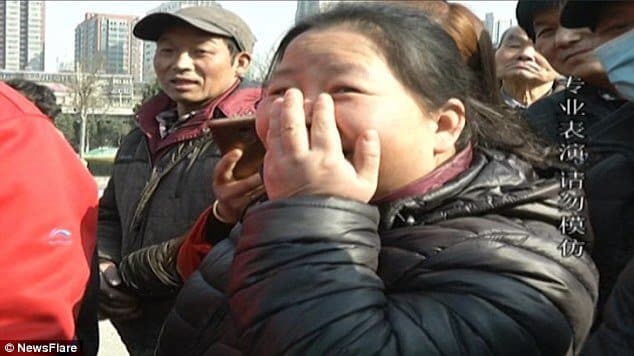 According to Junhai, he discovered his impressive lung capacity while undergoing a physical check-up at school. He narrated:

“My PE teacher got scared and when I get older, I saw people using their noses to inflate a tire. Maybe I can try it out too?”

Reports say that he has been honing his nose-blowing skills for a decade now, following his failed attempt at being an entrepreneur.

Well, at least his close friends know who to call whenever they blow a tire.