First off, a confession: I’m a sucker for a good massage. I love getting them after a long day because it makes me feel relaxed and rejuvenated. It likewise helps me get a goodnight’s sleep.

That said though, I think I’d gladly decline if you offer me this type of massage. As bizarre as it sounds, knife massage is a thing in Taiwan and many are travelling there to experience it.

Knife massage is the bizarre new trend in Taiwan. 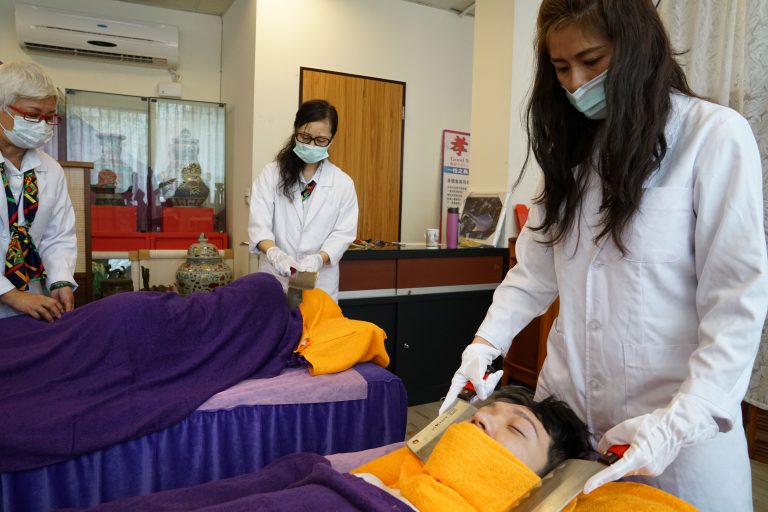 In a SkyNews feature, we learn that people pay to “get hit in the face and body with a sharp knife as part of (the) new health craze, which is believed to help get rid of bad energy.”

In knife massage, sharp knives are pressed into the patient’s body parts in rhythmic motions with only a thin piece of cloth as a cover. 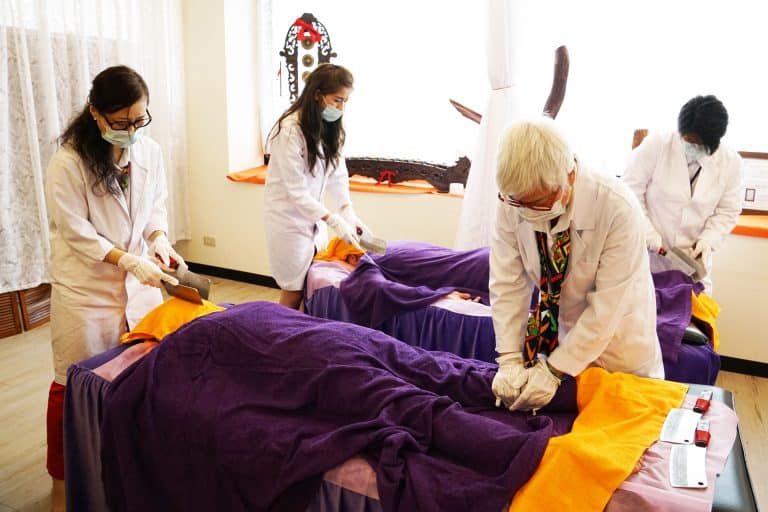 Hsiao Mei Fang, owner of Taipei’s Ancient Art of Knife Therapy Education Centre, said that she started with the practice 13 years ago. Her clients have come from different countries and they look at the whole experience as a way of eliminating negative energy. In addition, the masseuse “also makes regular burping sounds to spit out the bad energy they draw from the customer,” SkyNews tells us.

Hsiao, on the other hand, explained that knife massage is actually of ancient origin.

“The treatment is originally from China and is 2,500 years old. But here we have created an original and new knife therapy.

“Everything has a Yin and a Yang, so instead of using one knife we use two – this represents the Yin and Yang.”

So yes, the only question left to ask here is – are you brave enough to try the knife massage? Leave a comment below if you think you’d be up for something like this!