The Yamakura Dam floating solar power plant can generate enough electricity to sustain up to 4,700 households! 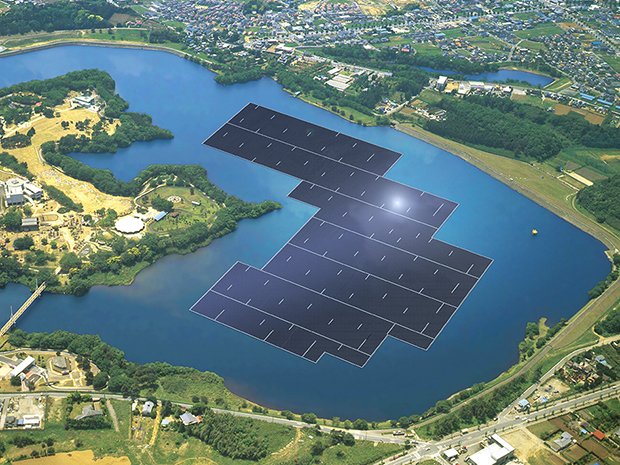 The power plant will contain 51,000 Kyocera solar modules and will take up 180,000 square meters of spaced. It’s estimated that the power plant will generate up to 16,170 MWh of electricity annually. That amount of electricity will be enough to power up 4,700 typical household each year! This will be Kyocera’s fifth floating solar power plant in Japan since they embarked on the project in 2014. They intend to sell the electricity generated from these solar farms to the Tokyo Electric Power Company.

The solar power plant’s platform will be anchored to the bottom of the reservoir to maintain its integrity. This will ensure that the setup will remain intact even during the typhoon season.

The floating solar power plant will be anchored to keep it in place during the typhoon season. 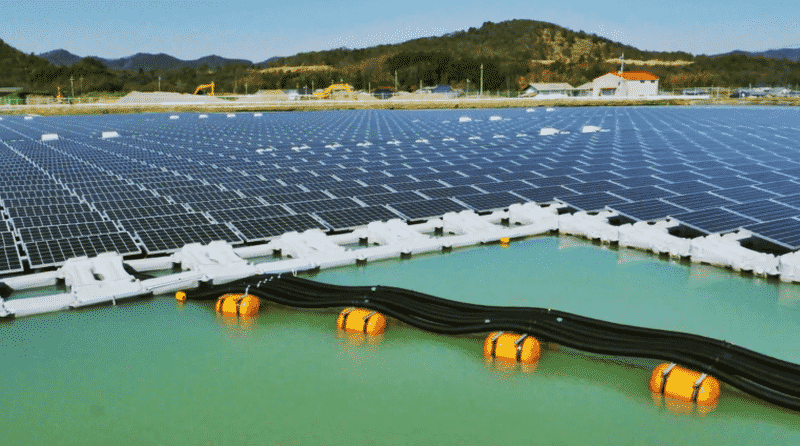 “Due to the rapid implementation of solar power in Japan, securing tracts of land suitable for utility-scale solar power plants is becoming difficult. On the other hand, because there are many reservoirs for agricultural use and flood-control, we believe there’s great potential for floating solar-power generation business.”