Children are considered blessings- angels sent by God to brighten up the world. But not all are born equally. Some are created more special in a way that may limit their functionality as human beings but increase their ability to inspire others.

Being conjoined twins is already a not-so-common feat. Macey and Mackenzie Garrison are even more special because they are among one of only two conjoined twins who were born with a triplet sister. Medical experts consider them as a medical phenomenon but they will become more special in your eyes once you learn more about their story in the video below.

After months of preparation for their surgery, Macey and Mackenzie have been successfully separated. Both had one real leg each and were trained to walk using prosthetic legs with the help of physical therapists.

This photo was taken just five days after the successful operation. 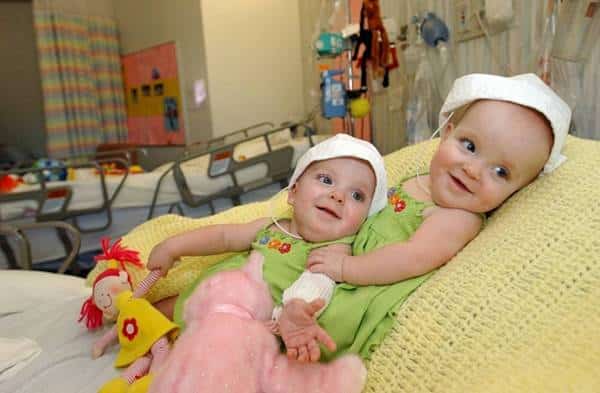 Look at the happiness in their faces. 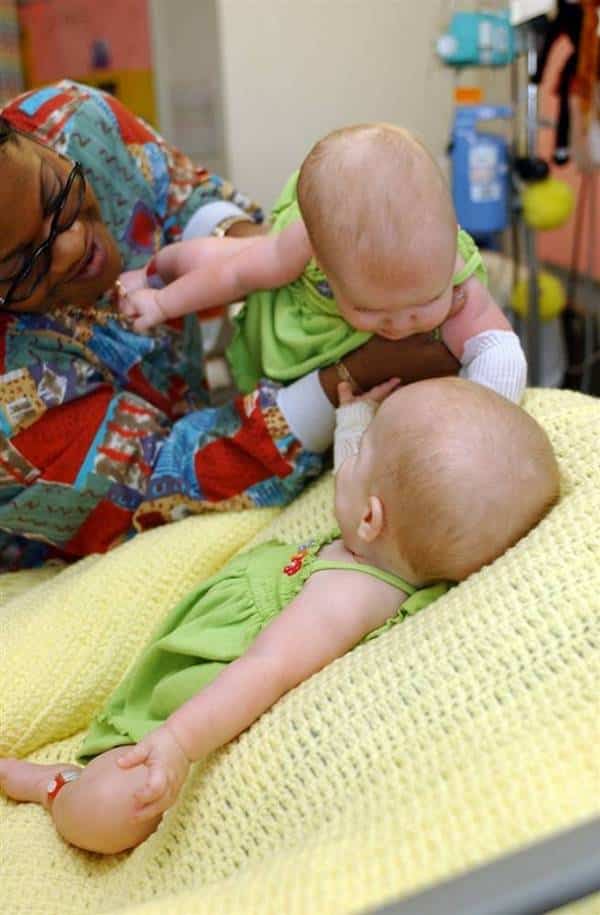 With their story being very special, they also became instant stars both in their family and the entire world. 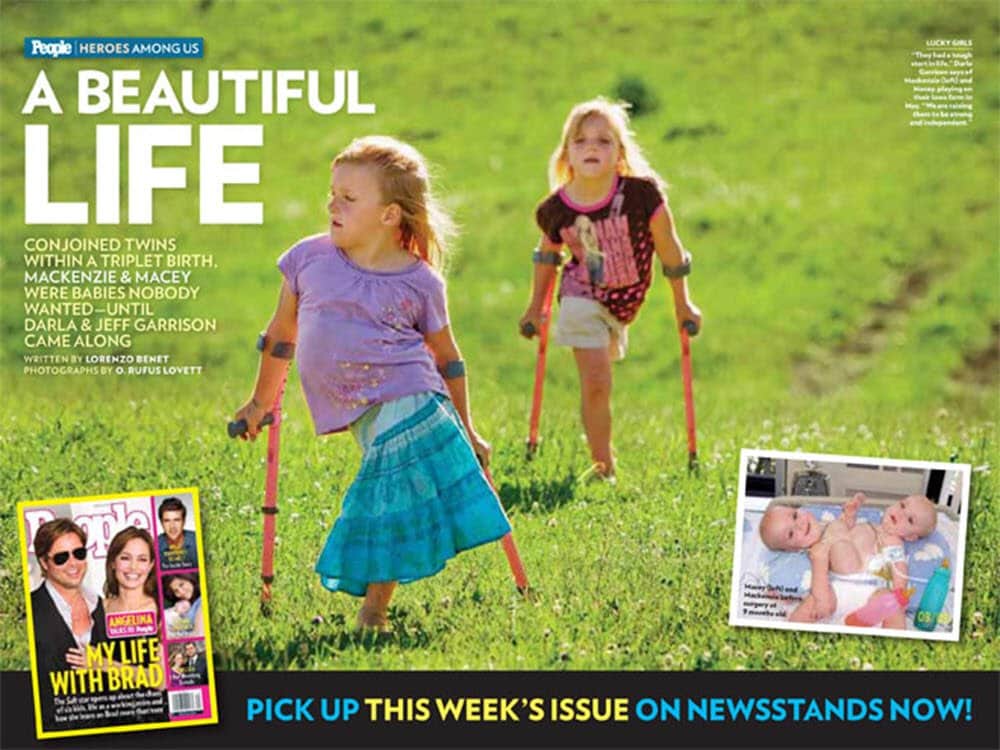 In an interview with People in 2013, their mom Darla Garrison explained how the girls fared during their growth and pointed out how positive they are about their limitations.

“When they encounter something they can’t do they don’t dwell on it too long.”

Macey and Mackenzie Garrison After Surgery 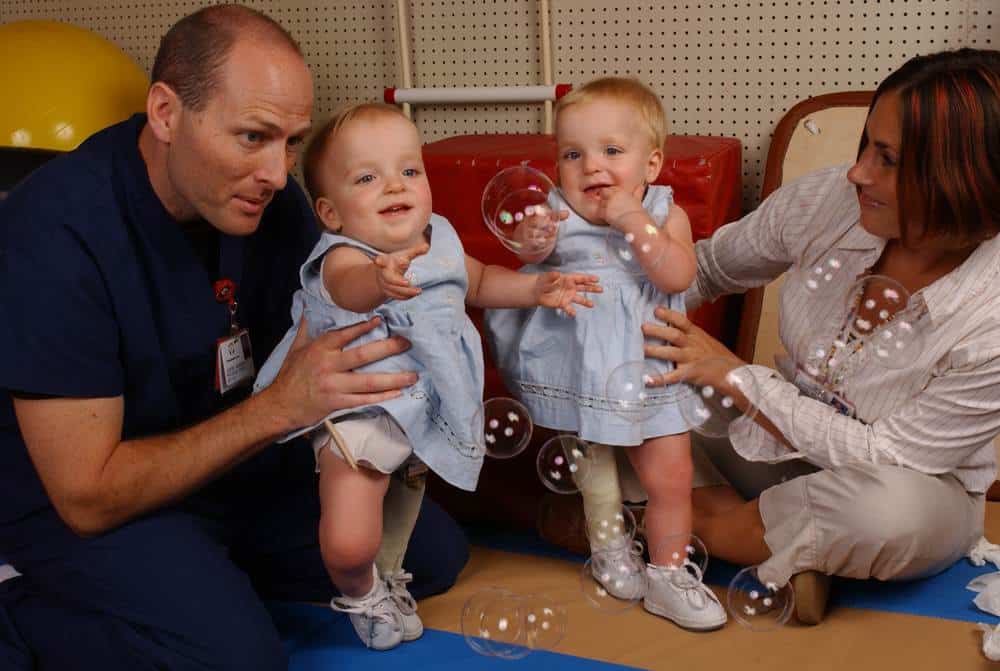 Some people who witnessed their journey were also inspired by how the Garrison sisters’ parents raised them. Linda Kontis, the co-founder of the foster-care agency that brought Macey and Mackenzie to the Garrison family noted how Jeff and Darla were the perfect fit to stand as parents for the twins considering their condition.

“When you raise children who are handicapped in any way, when they’re surrounded by people who treat them like regular kids, that becomes how they see themselves. It wasn’t just Darla and Jeff, they took in these girls as a family unit. And that’s why they’re fabulous kids today,” she told People. 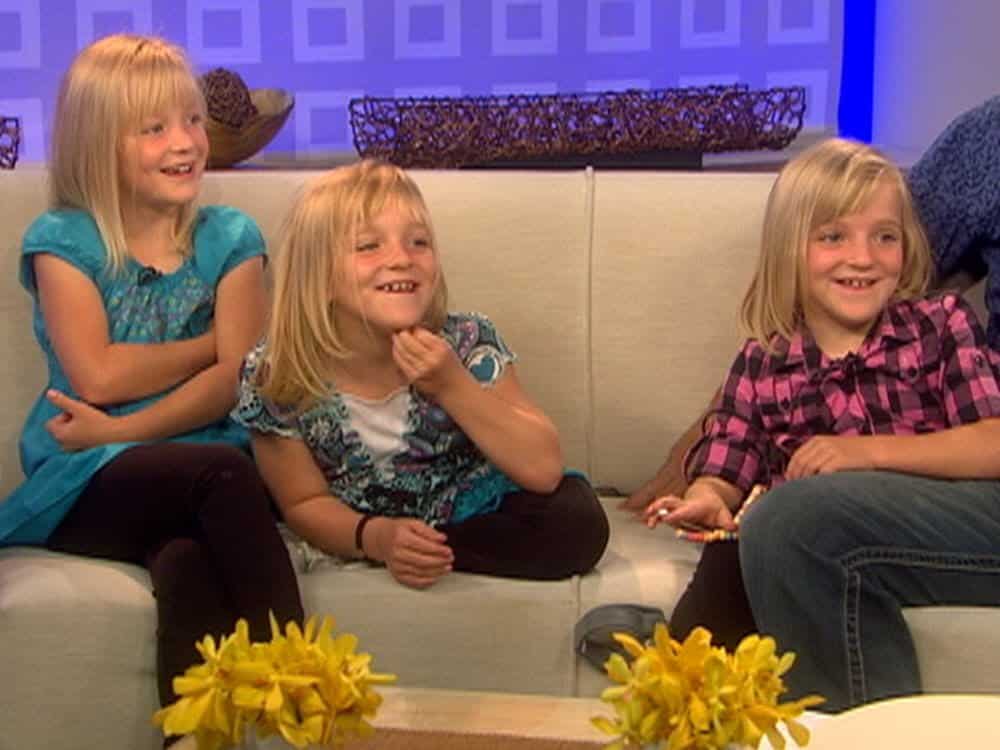 By our count, these special girls should be teenagers by now who would continue to inspire others with their story of hope, love, and a faith that never falters. Share their story to bring light to the people you love.