“Love moves in mysterious ways.” This much is true when fate decides to bring two people together and unite them through marriage. During their wedding, the bride and the groom vow to be at each others’ side to support and love their better-half no matter what – through thick and thin, in sickness and in health.

A British man named Carl Gilbertson has proven his love and sincerity when he said these words to his wife Laura after he continued caring for her throughout the years of their marriage even after she was diagnosed with a paralyzing disease known as multiple sclerosis (MS). 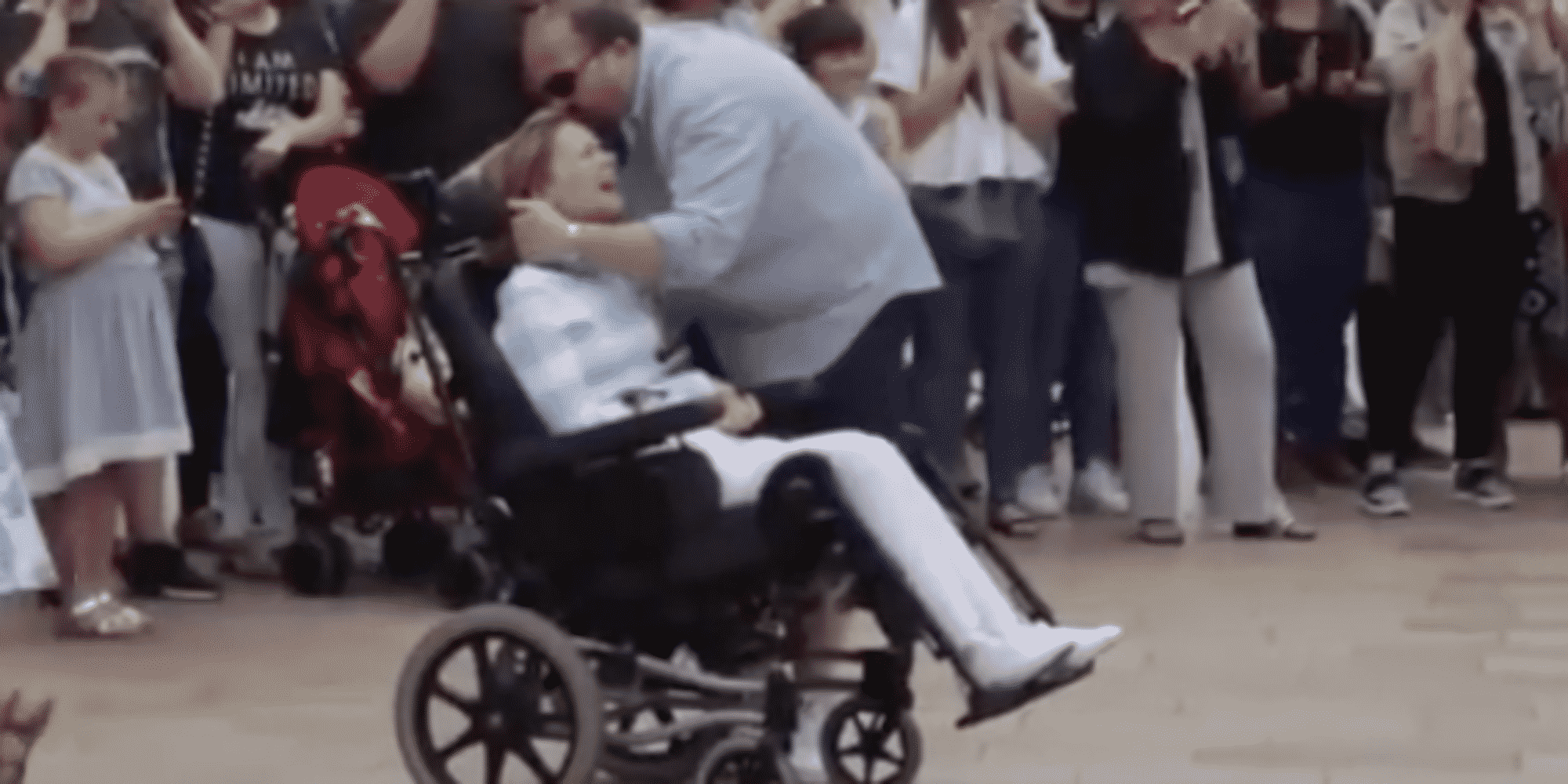 Living with and caring for a person suffering from this disease is extremely difficult because patients with this disease have very special needs that need to be met.

According to the National MS Society, multiple sclerosis involves an abnormal response of the body’s immune system. This malfunction makes the immune cells target the patient’s central nervous system (CNS) comprised of the brain, the spinal cord, and the nerves.

Because of this, MS patients cannot function normally and may experience varying symptoms, the most common of which include visual disturbances, overwhelming fatigue, altered sensation, and difficulties with mobility. Generally, MS patients require almost 24-hour care because they become gradually paralyzed with the disease.

Even with these difficulties, Carl never left Laura’s side. He continued loving and taking care of her throughout their 10 years as husband and wife. Now, they are celebrating their 10th anniversary, something he took advantage of to tell Laura how much she really meant to him.

With the aid of the Liverpool Media Academy in England, Carl orchestrated an unforgettable wedding anniversary present for Laura. He arranged a flash mob performance to the tune of Bruno Mars’ “Just the Way You Are,” a song that thoroughly expresses how he felt for her. At the end of the performance, the Liverpool Academy students held up a banner with a photo of Laura during their wedding day and the words: “Happy Anniversary, Laura.”

“At our wedding breakfast I said that ‘it is the greatest honor anybody could ever bestow upon me for you to take me as your husband and the most enduring privilege to be able to call you my wife.’ It was never just a line for a speech, it was how I felt and you spend every day re-enforcing it. Your strength, courage, and dignity take my breath away and though most Saturdays at kick-off time you may not think it, you’re the only thing that really matters. My babe, you’re amazing – just the way you are.”

Watch their heartwarming video below: