As China faces its coldest weather in years, an unnamed man was ice skating in Qinghuangdao, Hebei province when the ice broke under his feet and he fell into ice cold water. The man could not have been in a most inopportune time and place when the unfortunate incident happened.

According to the People’s Daily Online, a policeman by the name of Zhang Wei spotted the man when he was out for a walk with his daughter. Zhang Wei immediately rushed to the unnamed ice skater to help him. As the policeman was trained in first aid, Wei knew what to do and used his daughter’s red scarf to try and keep the ice skater afloat. He threw the scarf over the man and tried to pull him out as he saw that the ice skater was having trouble already trying to keep afloat. 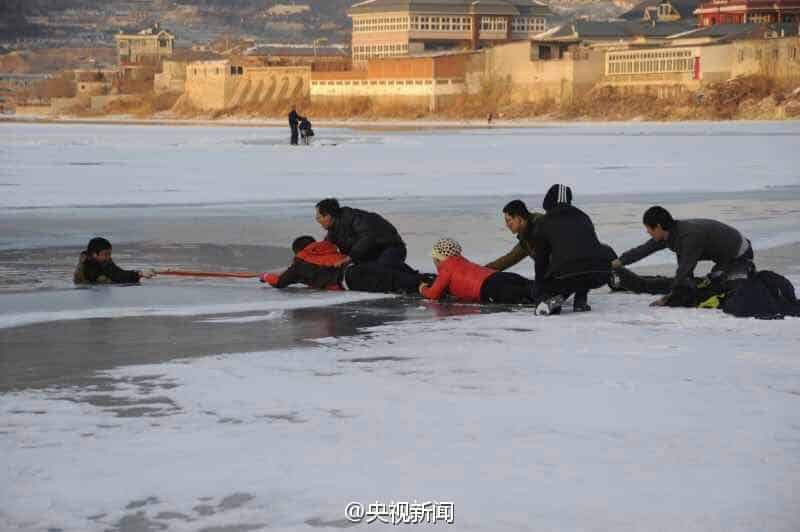 It was then that onlookers and other passerby saw what was going on and decided to help the policeman. They rushed over and helped in the rescue operation that was going on. As the ice was very thin, the rescuers lay flat on the cold ice to make sure that the pressure where they are is lighter. After some time, they were able to pull the ice skater out of the cold water and bring him to safety. 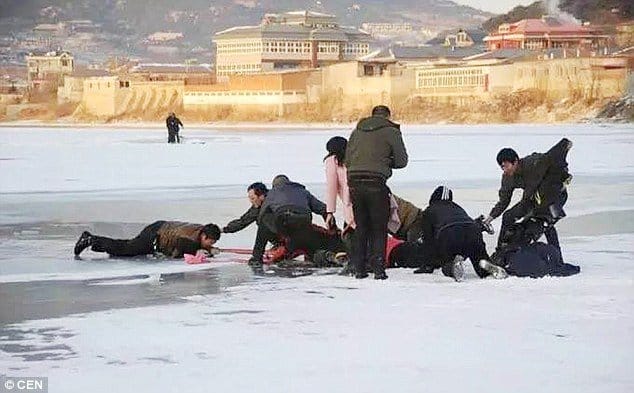 China has been facing its coldest weather in over 30 years. In Qinghuangdao where the unfortunate accident happened, temperature has dropped to a low – 14 degrees Celsius and with a forecast saying that it may drop to an all time low of -20 degrees. Temperatures in other parts of China have been reported to have dropped to -33 degrees.

Passersby lay flat on the ice to help save the ice skater. 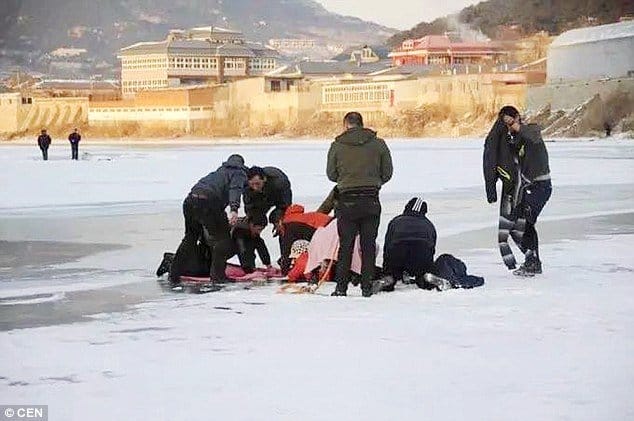 During these harsh winter months, there have been incidents where people would go out to frozen lakes to ice skates and find themselves in accidents such as the one of the fallen ice skater. In 2014 alone, a report stated six children drowned after falling into thin ice.