A 10-year-old boy named Nicholas Sierra is being hailed as a hero because he rescued three children from a sinking school bus. According to the Tampa Bay Times, a Hillsborough County School District school bus was carrying 27 children when it accidentally loses control and flips into an alligator infested lake.

Being a school safety patrol member at a young age, fifth-grader Nicholas Sierra immediately ran to the submerged bus to save the day.

As other kids screamed in panic, the Mary E. Bryant Elementary School safety patroller chose to stay calm in order to save others. He instinctively grabbed a kindergartner, with the toddler tightly wrapping his arms around Nicholas’ neck as he climbed out of the sinking bus. 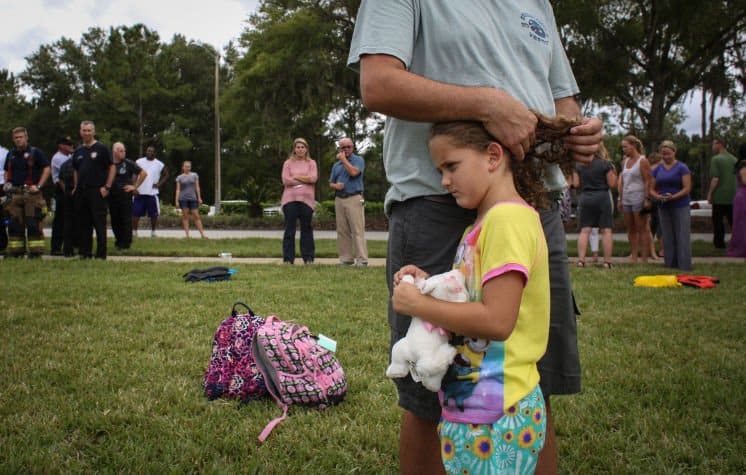 After saving a young girl, the fifth-grader went back into the sinking bus and came back with two more kids.

In the interview below, our young hero said that it wouldn’t be fair if he survived while the other kids didn’t.

“It wouldn’t be fair if they died and I lived,” the young hero said.

Thanks to the safety patroller’s bravery, no one was seriously hurt in the accident, with only one student who was treated for minor injuries.

No one knows what ultimately caused the accident, but our hero said the breaks didn’t work and the bus hit a tree, causing it to go veer off the road.

An aerial view of the school bus sinking in the lake. 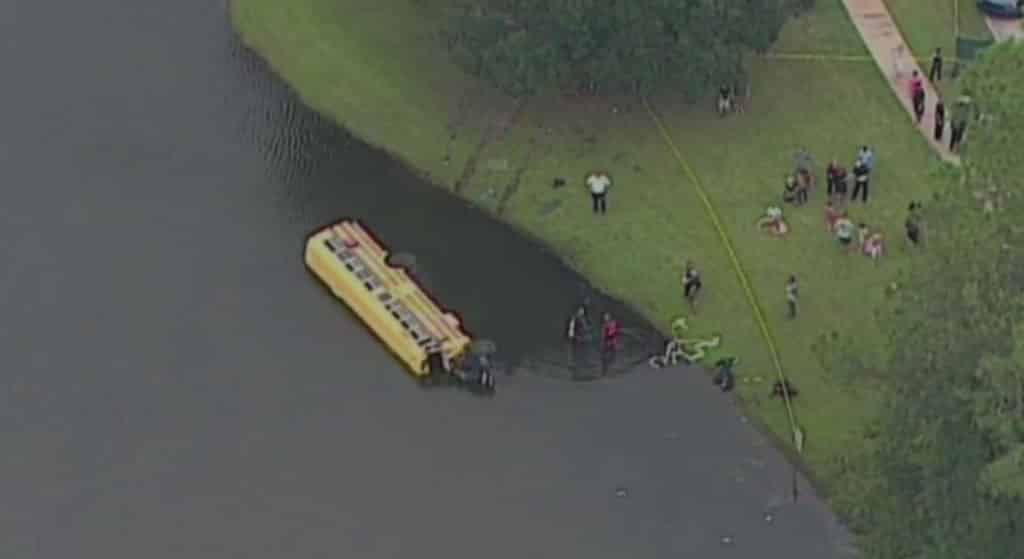 The 54-year-old bus driver named Lenior Sainfimin did not face charges but was suspended with pay while district officials await results from a toxicology test, and investigation.

District officials are planning to replace the possibly defective bus. 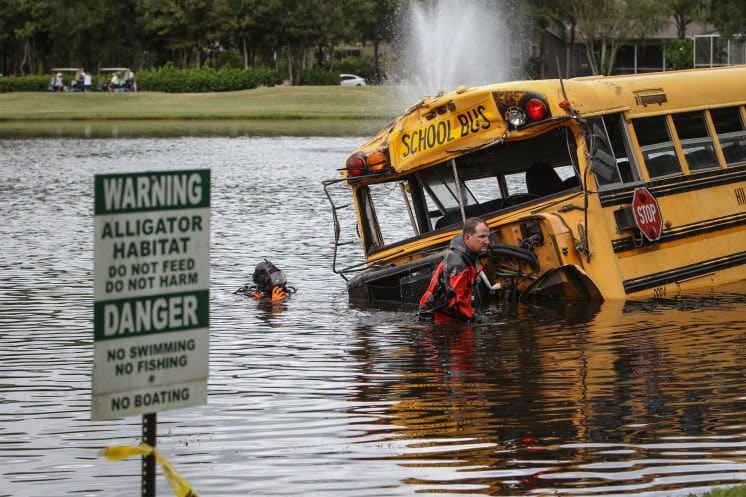 In addition, the district officials are pulling out maintenance records related to the bus, and are looking to replace it.

Our brave boy Nicholas told his family the intense unbelievable feeling he felt while the bus spun out of control. He described it as surreal.

“Right when we hit the water, I felt like it was a dream,” the boy said.