Imagine a lovely day by the beach – you’re away from the noise of the city streets, away from your demanding job, away from all the stress. You eat a hearty lunch and spend a fun day with your family. But wait, you forget to bring an extra trash bag for your trash and you think, “Hey, no problem, the ocean’s a few feet away.” So you throw the rest of the rubbish in the ocean while no one else was looking.

The thing is, have you ever thought about how far the trash that you throw can go? If you haven’t given that idea a considerable amount of thought, then let allow us to provide you some information.

Take a look at Henderson Island, a small piece of land located in the South Pacific. Judging by the photo and by just looking at all the rubbish that are scattered in the sand, you might believe that it is only a short distance away from the city. You wouldn’t even guess that it is a UNESCO World Heritage site. But looks, indeed, can be deceiving.

Henderson Island is uninhabited, but it is filled with garbage. 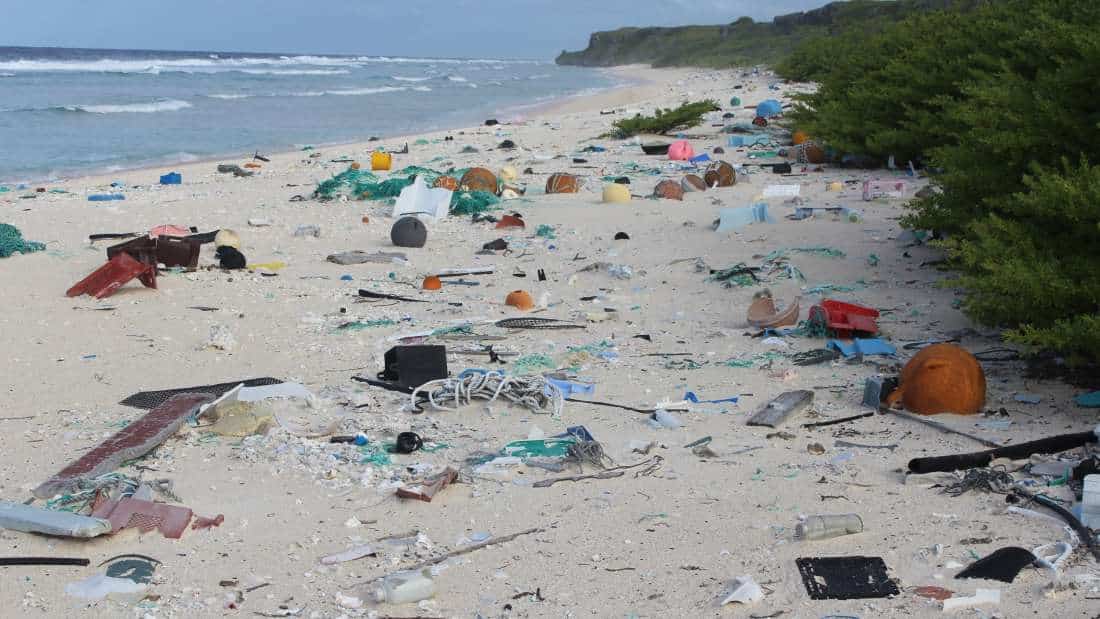 Located more than 5000 kilometers or 3000 miles from New Zealand, Henderson Island is one of the most remote places in the world. Nobody has lived on the island for about 600 years, and Pitcairn, the nearest inhabited island with a total population of 56, is located approximately 193 kilometers or 120 miles away.

In a study conducted by Dr. Jennifer Lavers from the University of Tasmania on the amount of human debris on Henderson island, she illustrated the way that humans are affecting even the most isolated places in the world. She found that there is “an average of 239 items of human origin per square meter” on the 37 square kilometer island, and we are just talking about the beach’s surface. Among all the rubbish found on the surface, 99.8% was made of plastic. However, buried in the first 10 centimeters of sand are twice as many pieces of plastic.

Dr. Lavers’s study was published in the Proceedings of the National Academy of Sciences, where she wrote that in one sample, there were 672 items per square meter. Alarmingly, this figure is the highest number recorded in the world. Dr. Laver further estimated that there were approximately 38 million pieces of plastic, weighing about 18 tons, in the entire island.

According to IFLScience, Dr. Lavers asserted that the original source of some of the plastic fragments could no longer be determined. However, some were clearly consumer items such as plastic bottles and cutlery while about eight percent of the total waste originated from fishing vessels.

The crabs on the island have converted some the plastic debris to their homes. 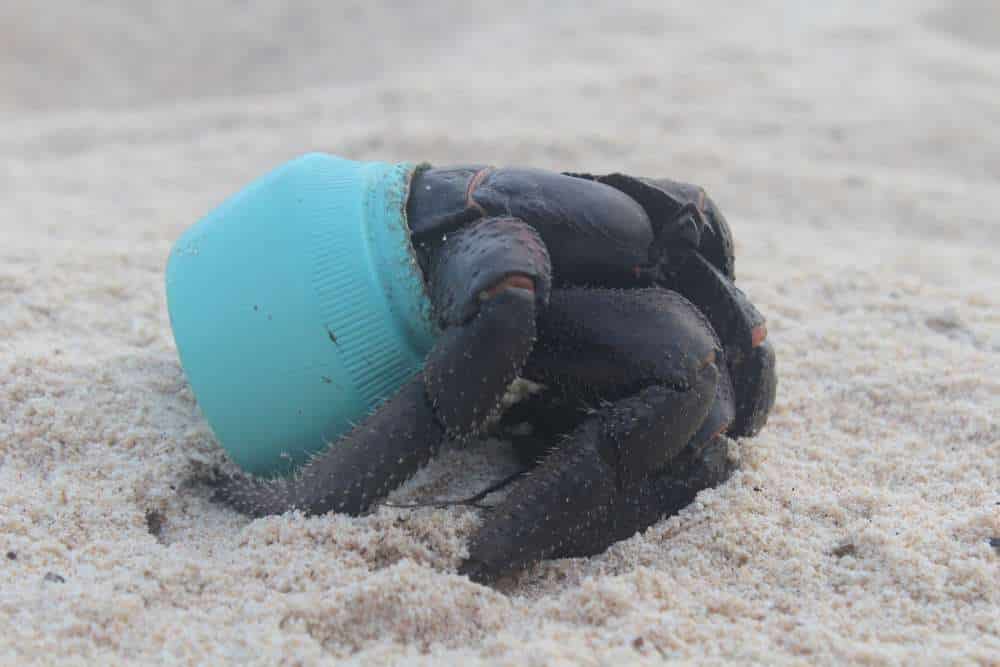 All these being said, the fact that the enormous amount of garbage in Henderson Island is affecting local wildlife such as sea turtle nesting attempts is no longer surprising. Interestingly, the South Pacific Gype, which is part of the world’s system of rotating ocean currents, flows around the said island all the way from western South America. As such, the large pieces of plastic items are given ample opportunity to break down into smaller fragments before being deposited on the island.

This news emphasizes the need for better ways to manage plastic disposal. If we are not careful, we may as well end up in a dystopian world where our most valuable resources will be reduced to nothingness and plastic waste will outnumber living things. And if that ever happens, the world might be miles beyond saving.