The NBA Finals has already started and Game 1 was easily won by the Golden State Warriors. But before the start of the intense Finals, Game 5 of the qualifiers between GSW and the Oklahoma City Thunder kept fans at the edge of their seats.

A certain guy, and obviously a Cavs fan, made a comment in the r/nba’s Western Finals Game 5 post-game thread. PARTYxDIRTYDAN made quite the promise. He said that if the Splash Brothers and Co won against the Cavs that game, he would eat his shirt. The Cavs were leading the series 3-2.

Moral Lesson: Never make a bet against the Golden State Warriors over the internet. 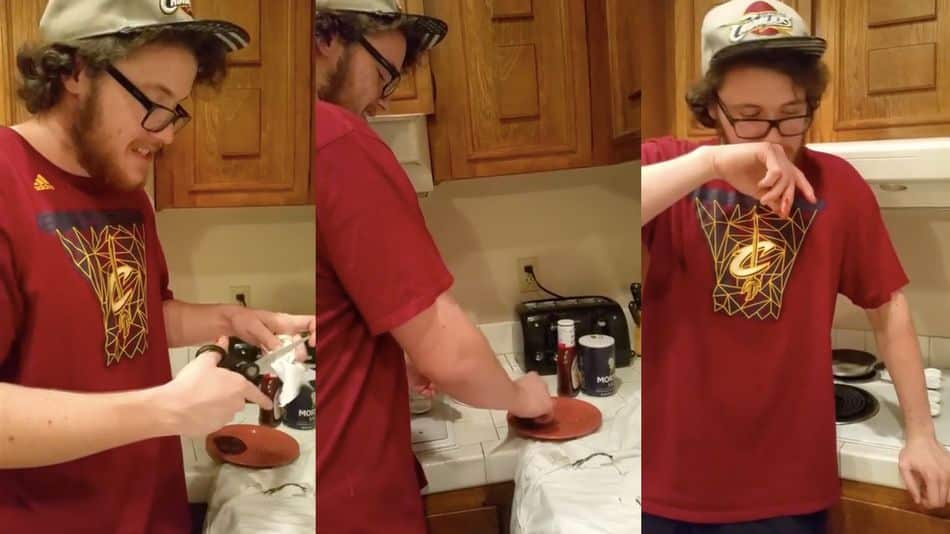 In a stroke of luck and Curry genius, the Golden State Warriors staged a comeback and eventually won the Western Series which led them to the NBA Finals. This of course, led the said Cavs fan to keep his word, and, well, eat his shirt.

PARTYxDIRTYDAN opted not to eat his whole shirt though so he doesn’t get sick or die and stuff. But kudos to this fan for sticking to his word. No one really does that now especially if it’s been done over the internet, right?

Maybe now PARTYxDIRTYDAN knows better than to bet against Stephen Curry and the rest of the Golden State Warriors.