There is a list of things that can often go wrong at wedding ceremonies, but mistresses gatecrashing the church dressed as a bride is definitely something we wouldn’t expect to happen. But that’s what reportedly happened to a groom in South Africa.

A video has fast gone viral online after it showed a massive commotion happening at the end of the aisle. Shocking footage shows the groom arguing with the unexpected guest, wearing a wedding dress and veil, while his bride-to-be stands by the altar, waiting to be wed. 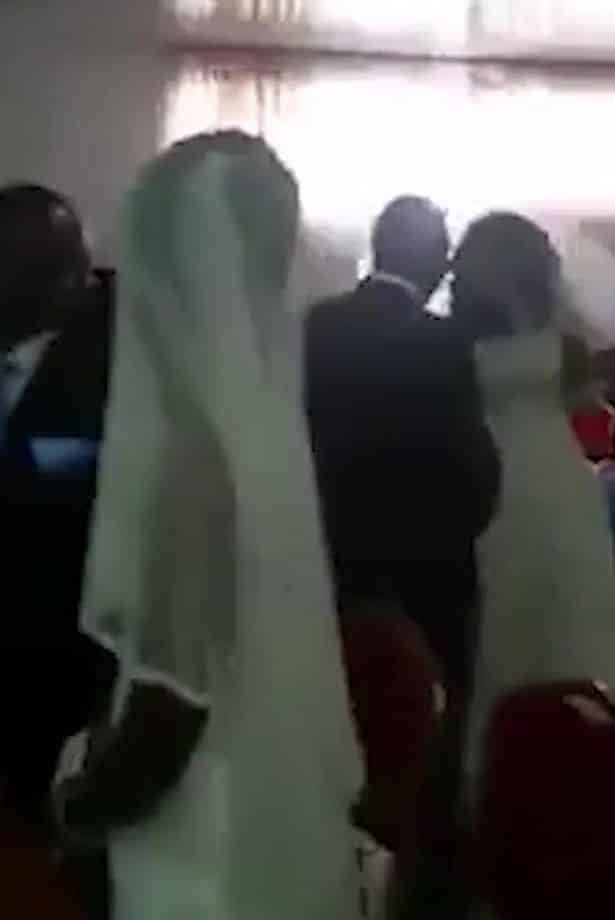 As sad as it sounds, many men and women aren’t faithful to their partners. Some were caught years after marriage, others were slammed by their cheating ways right away. But for one bride, she found out the hard truth on her wedding day.

The clip has been widely shared on social media, where the woman is described as the groom’s mistress came to the ceremony. When the video starts, the woman is already at the altar, and the groom can be seen trying to persuade her to leave and not spoil his big day.

The woman even tried to speak to the bride, who looks surprisingly calm, probably warning her from her cheating husband-to-be. Guests can be heard screaming and shouting, while others grab their phones to take photos and video.

A bridesmaid finally steps in and tries to escort the woman away from the couple, but what happens next remains a mystery as the video cuts out.

Despite the woman’s bold move, a lot of netizens supported it.

“I hope every man that cheats gets a side chick like this. Lmaoooo.”

“I’d do the same. You ain’t gonna waste my time like that.”

“When you are not faithful to your partner well this is one of the dramas you should be ready to face.”

It is unclear whether the couple ended up going through with the ceremony or not.

Side chick rocked up at the wedding also wearing a wedding dress 🤣🤣🤣 groom trying to calm the situation. pic.twitter.com/yfzceZp4Gv