This is a perfect example of a prank gone terribly wrong. A Chinese bride wanted to test how much her soon-to-be husband truly loves her. But she absolutely chose the worst day to prank her fiancé – their pre-wedding photo shoot.

A Chinese bride-to-be arrived on their pre-wedding photo shoot looking like an old lady. 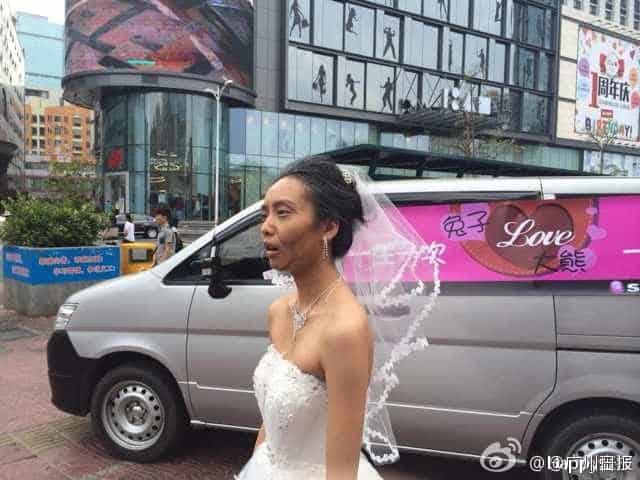 Qing Kao, the 26 year old would-be-bride from Shenzhen, China, made herself look 50 years older by putting gray and white streaks on her hair, and make up showing a wrinkly, old face. It was supposedly a part of her test to see if the man she will marry would still love her even if she already looks older.

It was an attempt to see how much he loves her. Unfortunately, he didn’t like the prank. 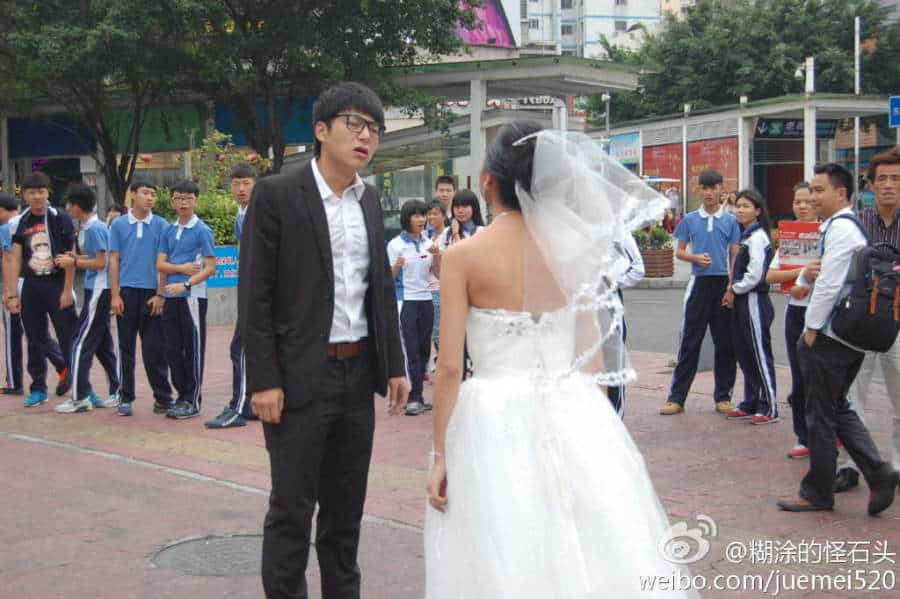 Unfortunately, Guo Chien, the groom, did not find the prank funny at all. Things quickly went sour as the couple started bickering and screaming at each other in the middle of Dongmen Old Street in Shenzhen. Curious passersby gathered around them and started taking photos and videos while the two fought over her appearance.

He asked her to remove the make up. But she insisted to wear it on their pictorial. 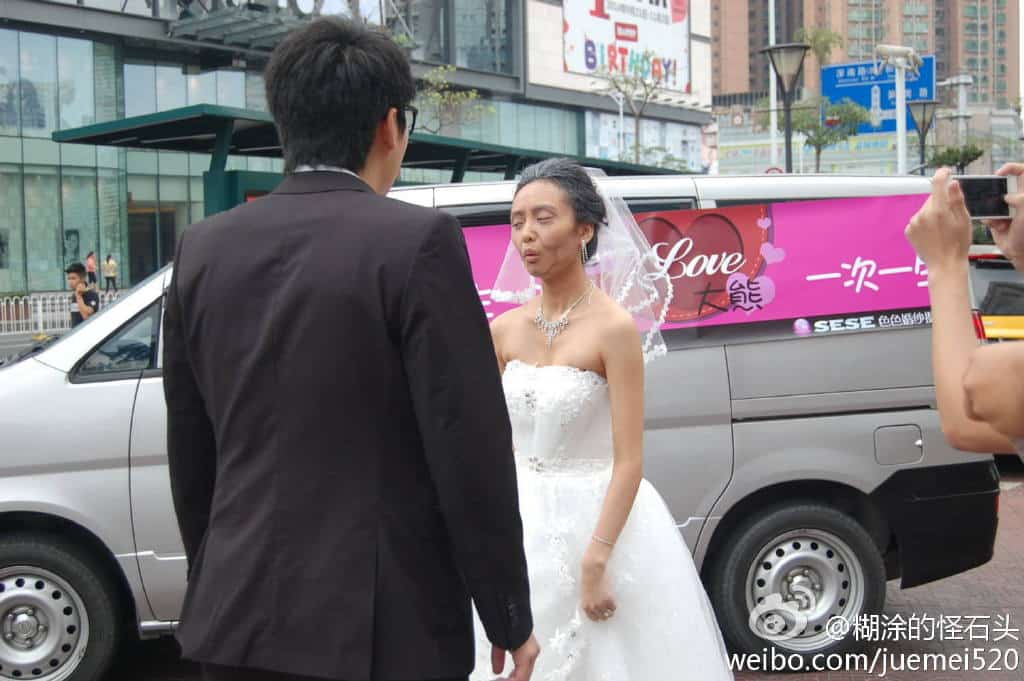 Witnesses claimed that the groom asked the girl to remove the make-up, which she strongly refused. Insisting that if he loved her after 50 years, it shouldn’t be a problem to him if they take pictures together, with her looking very old.

The couple started arguing and shouting in the middle of the street. 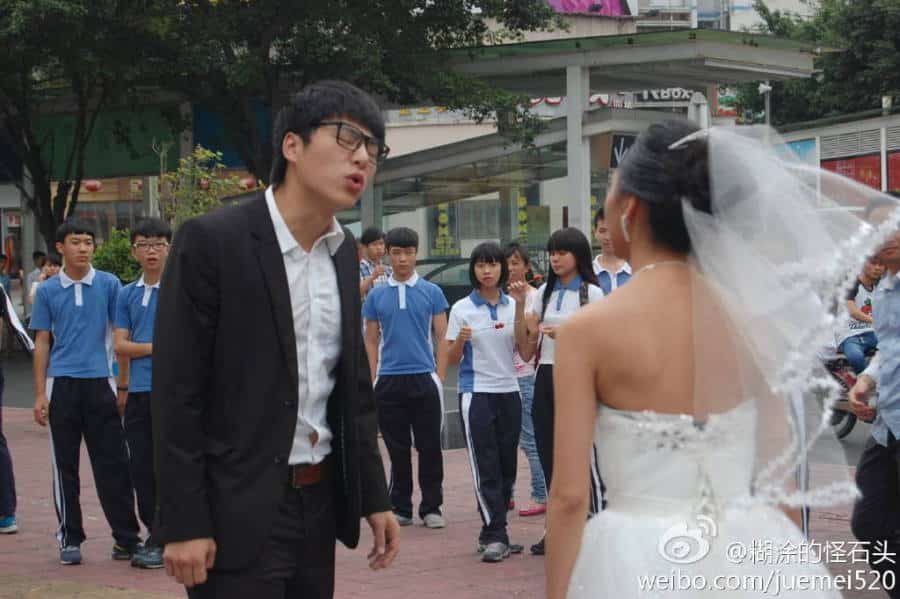 When the groom felt arguing is pointless and that she’s determined to get what she want. Apparently looking frustrated because of her antics, he hurled his glasses to the ground and hopped into a passing taxi and sped off, leaving Kao desperately crying in the streets.

Realizing the argument is pointless, the groom walked away and calls off the wedding. 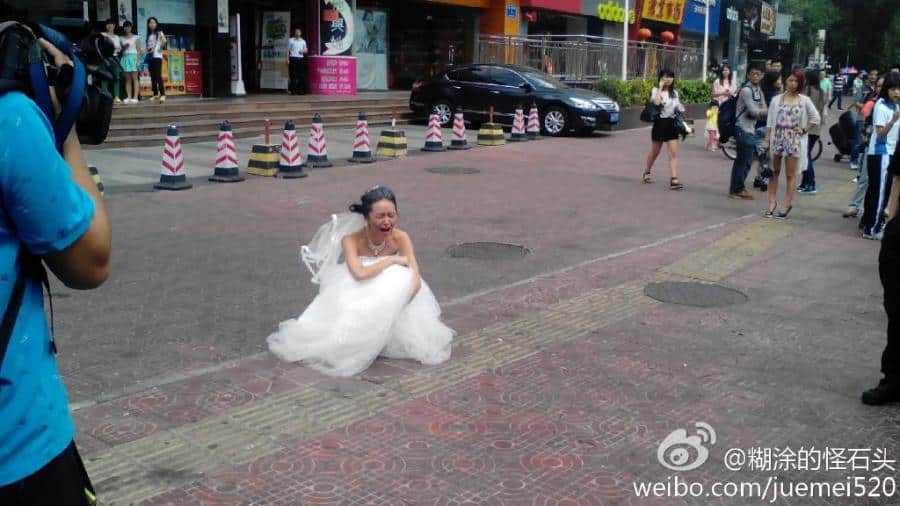 Bystanders said that the shocked “old bride” waited for several minutes, inconsolably crying her heart out, but her groom never came back. After waiting in vain, she hailed another taxi and went home.