In an ironic turn of events, a TV show presenter who’s about to discuss how dangerous wild animals can be has been attacked by a grizzly bear when she sneaked up behind it.

Bonya the bear was being filmed with its handler at a Moscow TV station for ‘Pro Lubov’, a Russian talk show. 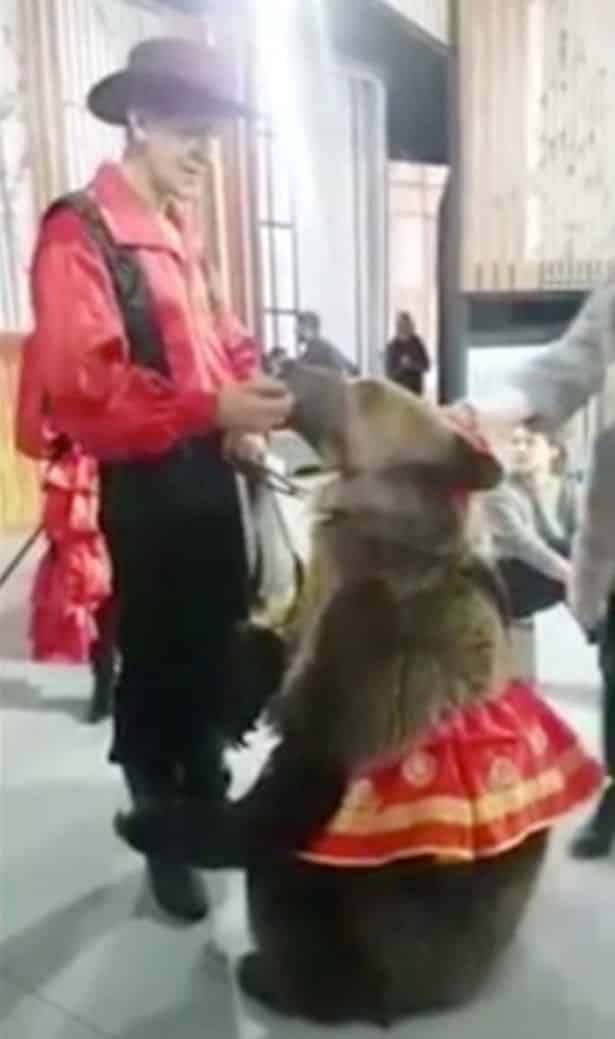 As you can see on the video, the animal was wearing a red and yellow skirt while being fed with some treats.

Although the audience were entertained when Bonya performed some cute turns, the bear suddenly transformed into a wild animal when it noticed the lady TV presenter appearing from behind.

Perhaps thinking she was a threat, Bonya attacked her using her claws. 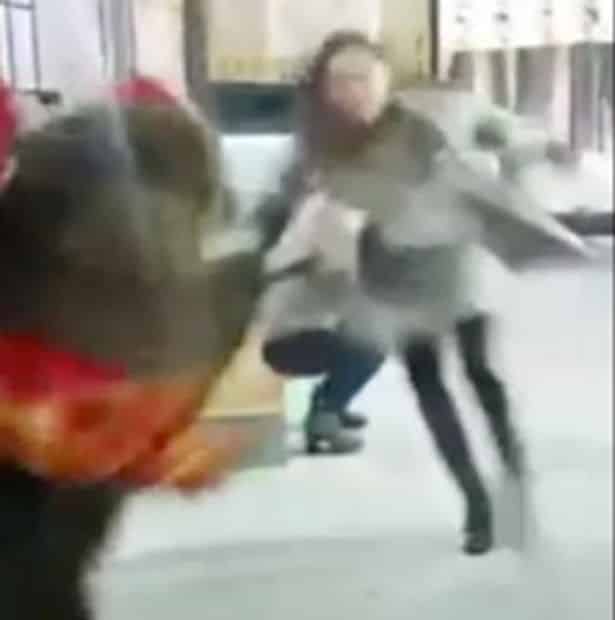 Everyone in the studio watched in shock as the claws got stuck in the woman’s clothing and she was dragged down to the floor. 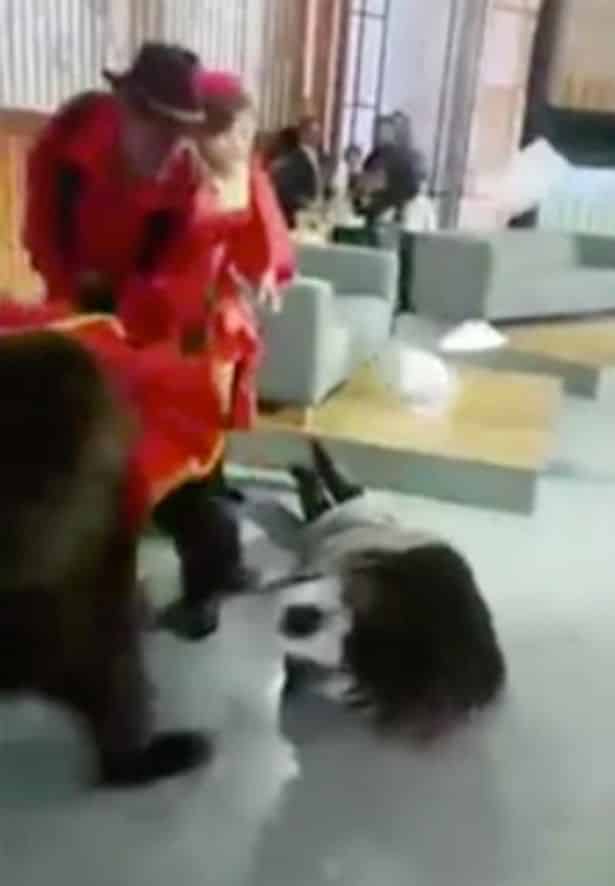 Fortunately, the alert handler was there to stop the animal’s rampage. The handler can be heard saying:

“I warned you, do not approach the bear.”

Meanwhile, the TV presenter managed to come out without injuries from the terrifying incident. She apologized while the cameraman can be heard saying “I will be staying away from the bear, just in case.”

Perhaps we should just leave these wild animals in the wild? What do you think about this attack? Hit the comment section below!