Most of us spend our lives wishing we could be healthier and fitter than we are but doing little to nothing about it. Not so this senior citizen who is now going viral online after his gravity defying stunt shocked the socks off the internet.

Wayne McEntire is a 68-year-old dentist from Texas. He recently traveled to Rio for the Olympics with his 19-year-old grandson, Britton. It’s the fifth Olympics McEntire has been to, and the second one he’s attended with Britton.

Britton and his grandpa Wayne proudly fly their colors. 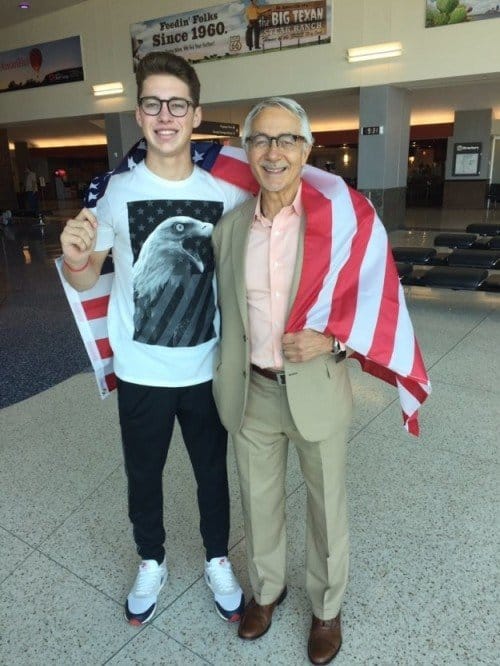 While in Brazil, McEntire and Britton got on the subway in Rio de Janeiro after enjoying the Olympic events at the Rio Center.

A fellow passenger noticed the silver-haired granddad tourist and offered him a preferred seat in the elderly and PWD section of the train.

To his surprise, McEntire politely refused the seating and instead proceeded to do this:

Look at those biceps straining against his shirt! 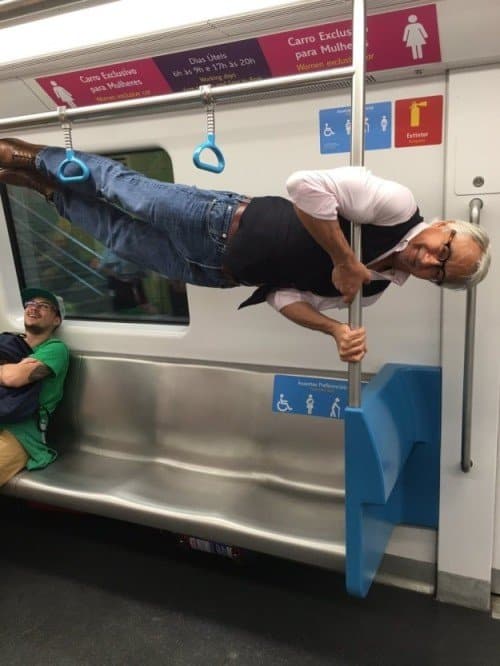 The senior citizen grabbed one of the train’s many poles and hoisted himself up off the floor until he was virtually in a parallel position.

All the while, the rest of the train’s passengers gaped at his prowess. His antics would definitely bring a standing ovation from a room full of professional pole dancers.

Britton, used to his grandpa’s sense of humor, snapped photos of McEntire and posted it on Twitter, where it immediately went viral.

Could anyone else boast of this much upper body strength at this age?

Someone offered my grandpa a preferred seat for elderly people on the subway and he did this pic.twitter.com/h7QjAM5rRw

As to his grandfather’s impressive trick, Britton says his grandpa works out everyday using light weights with maximum repetitions. According to Britton, the exercises help him with his joints.

Britton says McEntire has pulled similar stunts before, but never in public.

Seriously, this man should be on the U.S. team for the 2020 Olympics!