In Wuhan, China, a girl was seen wading through flood causing a huge wave in the social media world.

Heavy rainstorms have led to flooding in most southern Chinese cities. One scene particularly caught people’s attention in the midst of all the ruckus.

What seemed to be a bigger catastrophe to some is seeing a girl giving a piggyback ride to her boyfriend.

The reason? To save his precious leather shoes.

The girl defended that she only did it because she was wearing sandals and it would be difficult to clean up and fix his leather shoes if it were soaked in the muddy water.

It can be seen in the pictures taken that the guy is smiling bashfully as he was being carried through the waterlogged area. 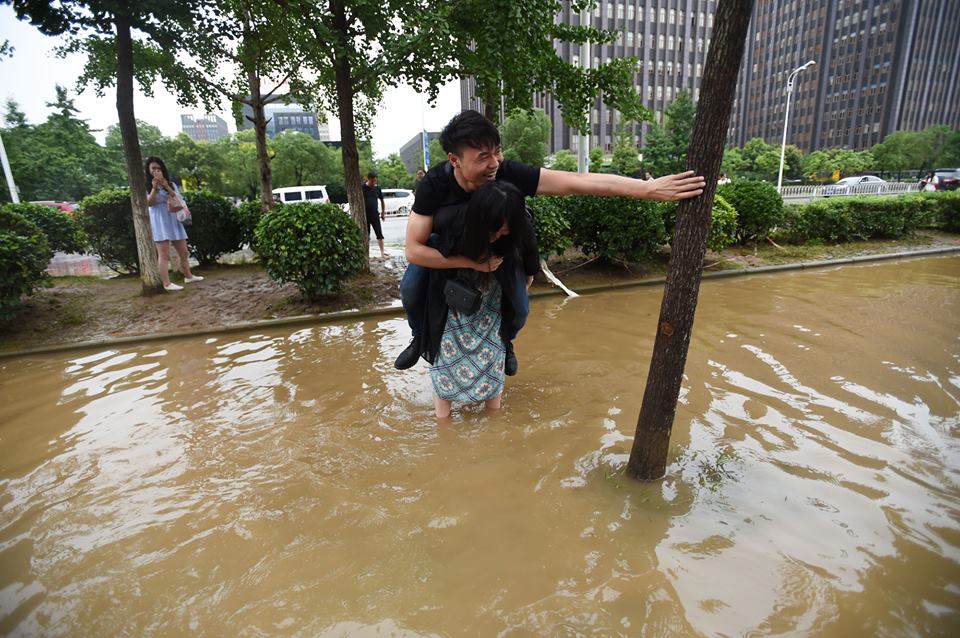 The girl said that it did not matter because it would be easier for her being the one wearing the open-toed shoes. 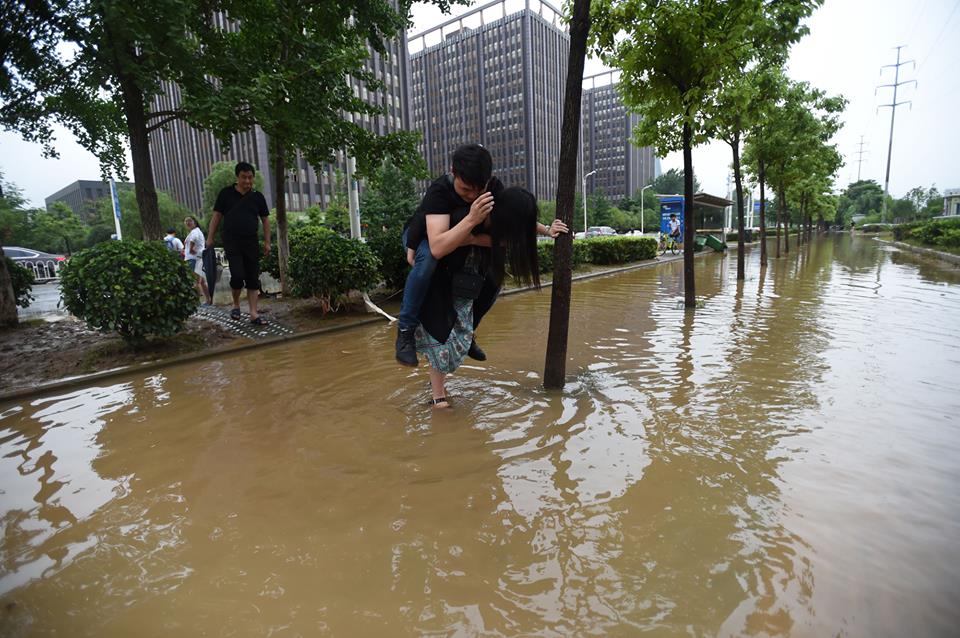 It started making noise in Chinese social media as many mindful eyes came to make their own conclusions of the situation. 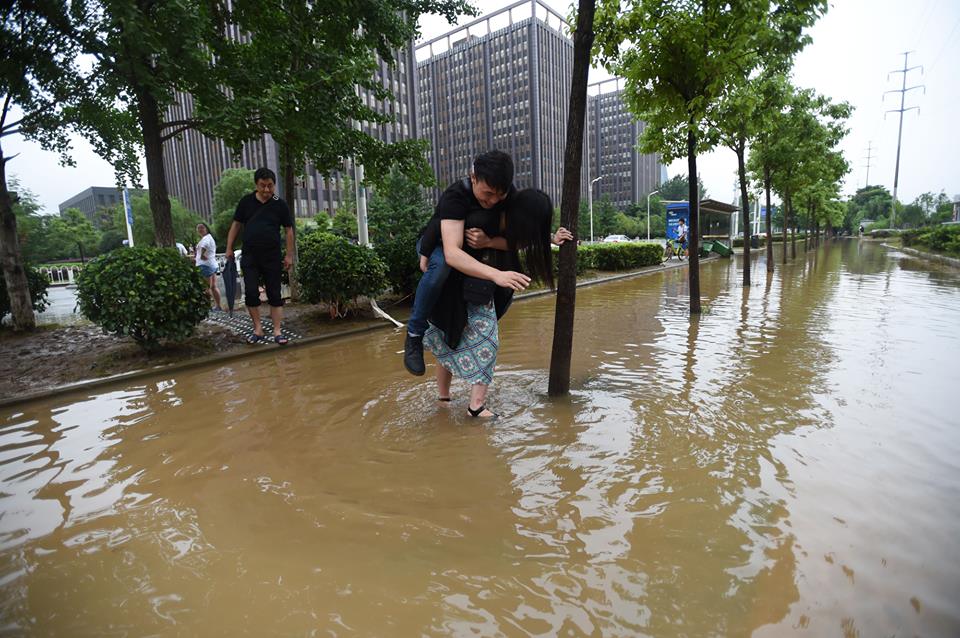 One commented: “I would definitely marry that girl if I were that lucky guy. Where can I find a girl like that?”

While others condemned the young man saying, ” What a joke of a man… take off your shoes.” , even calling him names.

It was not the first time a scene like this caused a buzz in social media.

A similar photo caused outrage in 2014 when a girlfriend carrying his boyfriend through the flood in her heels also gave out the reason that it was to save his shoes. 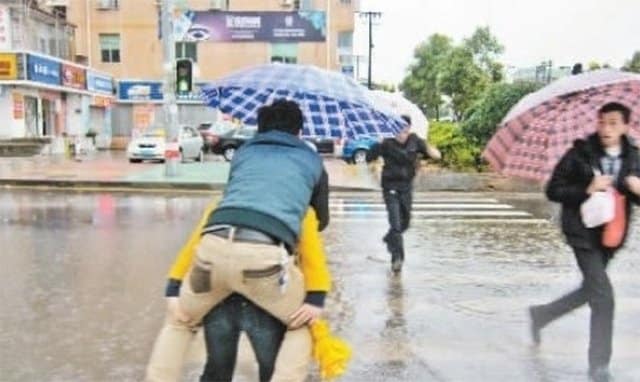 One opinion from a netizen went: ” I am confused about whether this is misogyny or a triumph of feminism.”

It seems a little too close to this picture taken just recently. 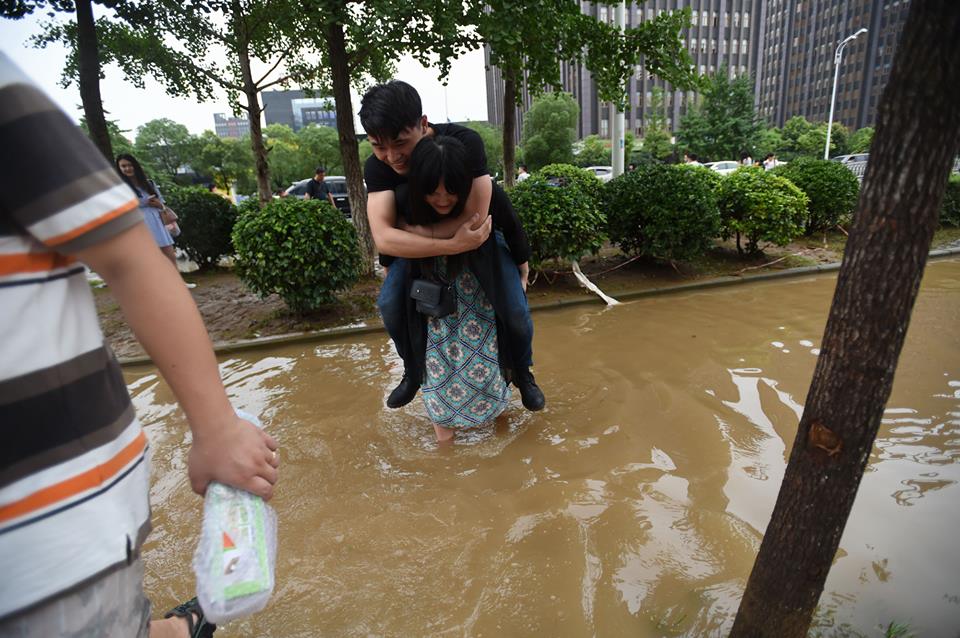 It may just be one of those innocent and playful games that the couple decided to do.

Or the people were right in thinking that the guy is being selfish for letting his girlfriend do such a thing just to save his precious shoes.

No one but the two of them is for certain what the reason truly was behind this scene caught in the moment. It may just be one taken out of context or it is exactly what the critics think it is.

What do you think about this particular incident?